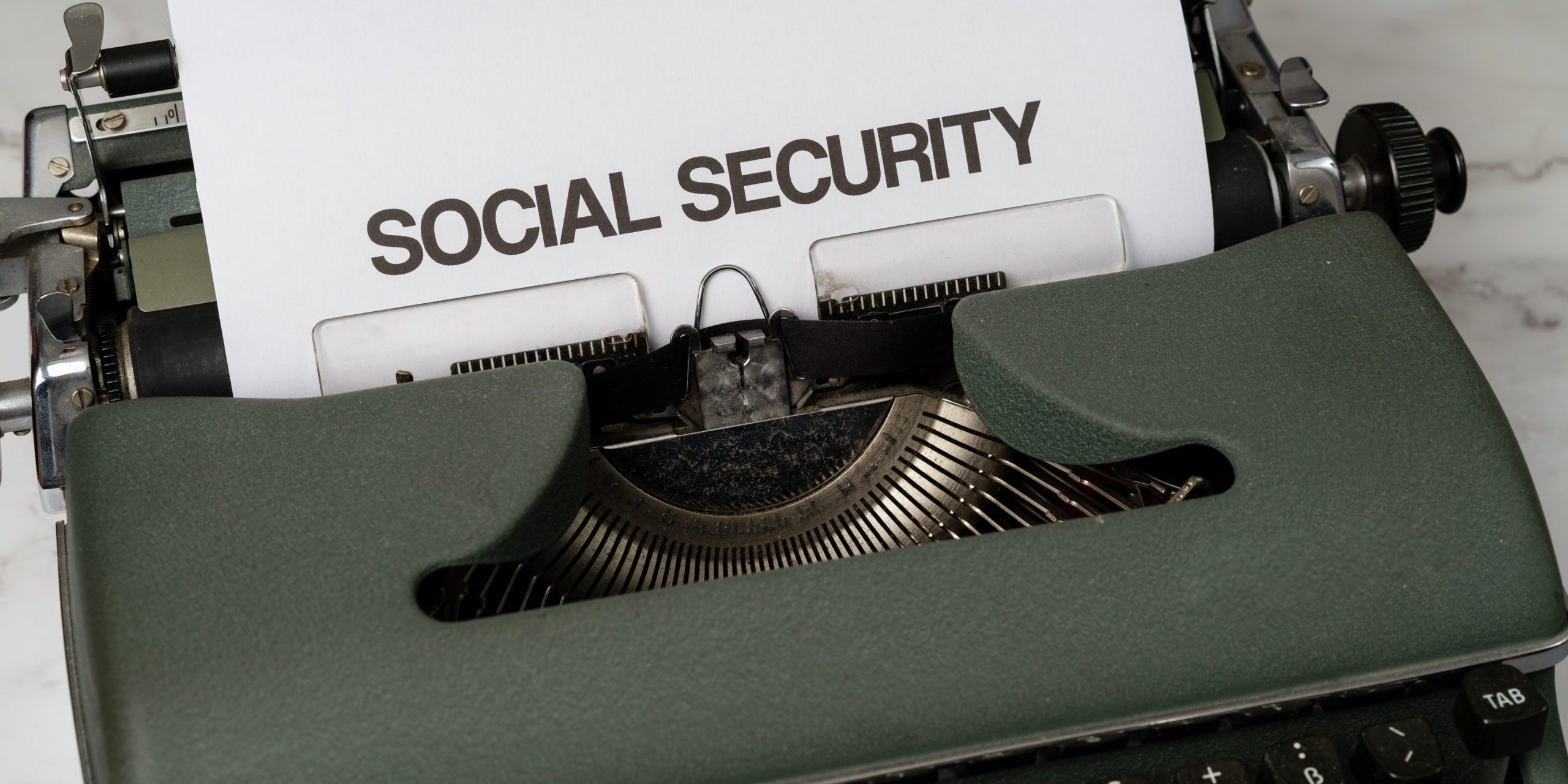 Each year, the Social Security Administration and Medicare Trustees issue a report on the status of Social Security, including their latest projection as to when the Trust Funds will be depleted and benefits have to be reduced – unless Congress does something to change that.

The administrators say the extension of one year is due to the fact that the economy was much stronger than expected last year as we recovered from the Covid-19 recession and Social Security receipts were higher than expected. So today, I thought we’d take a look at the current status of Social Security since most of my clients and readers receive these payments.

Americans will stop receiving their full Social Security benefits in about 13 years if lawmakers don’t act to address the pending shortfall, according to an annual report released in July by the Social Security and Medicare trustees.

That’s when the combined Social Security trust funds – which help support payouts for the elderly, surviving spouses and disabled – are projected to run dry. It’s one year later than the trustees projected in 2021, thanks to the nation’s economy, employment and earnings recovering from the Covid-19-fueled downturn stronger and faster than anticipated last year.

Looking solely at the trust fund that covers retirement and survivors’ benefits, Social Security will only be able to afford scheduled payments until 2035. At that time, the fund’s reserves will be depleted, and payroll taxes will only cover an estimated 77% of benefits owed. Some 56 million people received these benefits in 2021.

The trust fund for disability insurance, by contrast, should have sufficient funds through the 75-year projection period. Last year, it was forecast to be depleted by 2057, but the trustees have since lowered anticipated long-range disability incidence rates. Some 9.2 million people received disability payments in 2021.

Medicare, which covered nearly 64 million senior citizens and Americans with disabilities last year, is in more dire shape. Its hospital insurance trust fund, known as Medicare Part A, will only be able to pay scheduled benefits until 2028, two years later than reported last year, because both the number of workers subject to payroll taxes and average wages are now projected to be higher. At that time, Medicare will only be able to cover 90% of total benefits.

There is currently no consensus among experts on the lasting impact of the pandemic on the entitlement programs’ finances. While Medicare has faced additional costs to cover Covid-19 patients, that amount was more than offset by the reduction in utilization as Americans deferred care, an administration official told reporters Thursday. The trustees assume that it will have no net effect on long-range projections.

Last year, an estimated 179.3 million workers paid Social Security payroll taxes and 183.1 million paid Medicare payroll taxes. Employers and workers each pay a levy of 7.65% to finance these entitlement programs. Social Security’s payroll tax rate is applied to earnings up to $147,000 in 2022, while there is no cap for Medicare’s tax. Higher-income workers pay an additional 0.9% Medicare tax.

The trust funds also receive income from the taxation of Social Security benefits.

Among the changes Congress could make to improve the solvency of Social Security would be to raise revenues by one-third, cut costs by one-quarter or some combination of the two, Stephen Goss, chief actuary of the Social Security Administration, said on a panel last month.

Raising the retirement age would have less of an impact because the main problem is demographic – there are not enough workers paying into the system compared with the number of senior citizens, most of them Baby Boomers, who are collecting benefits.

As for Medicare, Congress should not take the program’s slight solvency improvement as a sign to wait an additional two years to address the problem, said Cori Uccello, senior health fellow at the American Academy of Actuaries. “If we wait too long, then our menu of options dwindles. Providers would not be able to be paid in full. And because it’s never happened, we don’t know what would happen. … That could affect access to care,” she said.

The trustees reports and administration officials also gave an early look at Social Security’s cost of living adjustment for 2023, as well as Medicare Part B premiums, though officials warned the numbers could change before the final determinations are made in the fall.

Social Security recipients could see an increase of about 8% in monthly payments next year, due to high inflation, an official said. The adjustment, which was 5.9% for 2022, will be determined by the Consumer Price Index for July, August and September.

Meanwhile, Medicare trustees are projecting no premium increase for 2023, after hiking the amount 14.5% for this year. In fact, the Centers for Medicare and Medicaid Services recently announced that savings from a price reduction and limited coverage determination of the Alzheimer’s drug Aduhelm could factor into lowering 2023 premiums.

Seniors and other Social Security recipients in the U.S. are being hit hard by inflation, which has outpaced increases in their benefits this year. Now, some lawmakers have a plan to boost Social Security payments by $2,400 per recipient annually, while also shoring up the program financially.

The Social Security Expansion Act was introduced June 9 by Rep. Peter DeFazio, a Democrat from Oregon, and Senator Bernie Sanders, an Independent from Vermont. The plan comes after the Social Security Administration earlier this month said Americans will stop receiving their full Social Security benefits in roughly 13 years without actions to shore up the program.

Social Security recipients receive one cost-of-living adjustment, or COLA, each year, which is based on inflation and is supposed to keep their benefits in line with rising prices. But this year, beneficiaries are seeing their purchasing power wane as inflation overtakes their latest COLA increase of 5.9%. Inflation in May rose 8.6% from a year ago, a four-decade high which pushed up the cost of food, shelter, energy and other staples.

The new bill would seek to lessen the strain on people collecting Social Security by boosting each recipient’s monthly check by $200 — an annual increase of $2,400.

“Many, many seniors rely on Social Security for the majority, if not all, of their income. $200 a month can make a significant difference for many people.” said Martha Shedden, president of the National Association of Registered Social Security Analysts.

“With half of older Americans having no retirement savings, and millions living in poverty, it’s far past time to address the future of Social Security,” Rep. Steve Cohen, D.-Tennessee, a cosponsor of the bill, said in a statement. In a tweet, he called the $147,000 cap on Social Security taxes “indefensible.”

Although the bill will face obstacles in Congress, lawmakers are likely to take steps to shore up Social Security given the eventual shortfall, which would result in a cut to monthly benefits by about 20% starting in 2035, Shedden said.

“I’m confident changes will be made,” Shedden said. “I don’t know if this is the bill that will pass, but there is more and more movement on it.”

At the end of the day, I don’t think Social Security benefits will be allowed to fall by 20%-25% in 2035, nor will Medicare benefits be cut in any significant way. The government won’t allow it. It may bankrupt the country at some point, but until then I don’t expect any meaningful benefits cuts.

Category: Current EventsBy Israel PeredaSeptember 1, 2022
ARCHIVED ARTICLES
Go to Top
We use cookies on our website to give you the most relevant experience by remembering your preferences and repeat visits. By clicking “Accept”, you consent to the use of ALL the cookies.
Do not sell my personal information.
Cookie settingsACCEPT
Manage consent