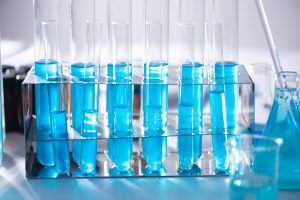 Photo by Chokniti Khongchum from Pexels

Being a landlord isn’t the easiest occupation in our country. A couple of years ago, my wife and I cleaned up a rental home we’ve owned for several years, after a vacancy. I listed it for rent on CraigsList. As normal, I went through the process of picking a tenant. No pets, minimum income, no evictions, no smoking, no street drugs, no criminal past, no pot plants … you know the drill.

The tenant we eventually chose presented himself well on the phone and had a good job. He came and saw the house and filled out an application. He was a tall imposing person and during the interview he spoke with a lot of bluster and boasted about how much money he had and the business his father had dealing with celebrities.

While he was touring the house, I went outside and looked inside his vehicle and found it older, but clean and in nice condition. We talked some more and he mentioned he had been fired over 20 years ago from a police department. I passed that off, thinking of the number of times I had been fired and the lessons I learned. It had to be just one of those natural growing experiences. Then, he spoke of a lawsuit he was involved with that was about to be settled. His cause seemed reasonable, so I ignored that one too. When I checked his credit rating, sure enough, the FICO score was over 800, just like he said.

Our “give the guy a chance attitude”, and his FICO score combined to make us think he was a good person, with normal life stuff going on. We signed a 12-month lease, got the first month’s rent and an equal security deposit. All was well for the first two months. Around the beginning of the third month, I happened to drive by the house after midnight and noticed the garage all lit up and the tenant smoking outside. I thought, well at least he’s smoking outside.

In the middle of that third month, we received a registered letter from a lawyer. It stated that we had leased the tenant a former meth lab house. It indicated his intention of suing us, because of health symptoms he experienced when inside certain rooms of the house. This took us aback. Frankly, we were terrified! How could anyone accuse us of such a thing? We were good and honorable people who prided ourselves in renting clean properties with everything working. The letter further said the tenant had proof of it being a meth house because there had been scientific tests done on the walls. I spent two sleepless weeks questioning myself as to what to do. We had just painted the entire interior. How could that be? Finally, I called a landlord/tenant lawyer and he wrote a letter to the tenant’s lawyer.

After a lot of failures to communicate with the tenant’s lawyer, the tenant’s demands finally came out. The tenant wanted all the rent paid back, as well as the security deposit before moving out. But he’d like to stay another month too. So, with fear of reprisals in mind, we agreed to the tenant’s demands. We just wanted our house back in one piece, and hoped to be able to put it behind us, without any more threats. My wife kept suggesting that I tell our insurance company. I kept passing her off with, “What can they do? They only insure us for trip and fall and fire. That’s all, they’ll just raise our rates.”

By the end of the second emotional week, I came up with an idea! I said to myself, “This is the information age. There’s information everywhere!” So, I called up my local police department and asked for a copy of every police call and report ever, involving our rental house. I paid the fees and got several reports, indicating that the police had indeed been inside the house a couple of times. I even got a report about a tow company entering the house, to tow away a repossessed car. Then I called the HOA the house was located in. They gave me every violation letter ever sent to its owners.

Then I thought who’s next? I called the county sheriff and state police and asked for any information about our house. They had none. Then I had the brilliant idea of calling the DEA, and asking if they had any records? None! Wow, just what I wanted to hear! Then I asked, “Can you mail me a list of all the former METH lab houses in this state?” They were only too glad to oblige me. Our house wasn’t on that list!

Finally, I went to the neighbors and asked them about the history of the house. One neighbor had lived nearby from the time our house was built and signed a letter with all the history and repeated times the neighbor had been in the house. With all this information in hand, I finally took my wife’s advice and called our insurance agent. They were only too pleased to give me the name of their lawyer. I explained the situation to him and he said, “Send me your documentation and I’ll send an Industrial Hygienist to inspect and report on the condition of your house.” Puzzled, I asked what can he do for us? The insurance company lawyer said that this hygienist is a college professor that examines properties in legal cases. He makes a report and testifies in court. The lawyer proceeded to explain that the tenant had probably purchased a METH test kit on Amazon, and applied the test kit to the walls. Afterwards the tenant would have mailed it back to the test lab and received positive results. He said the test kits are readily available for around $10.00. You just stick it to a wall and rub it and put it in an envelope and mail it back. My immediate answer was how could that be? We had just painted the entire interior of the house. He left me to my own detective thinking. (Smoking outside, in the middle of the night? Feeling ill? Unable to sleep? Why would he want to stay an extra month?) Hmmmmm!

We made an appointment to meet with the hygienist. He asked me if we had cleaned the place since the tenant had left? I answered, “No, we hadn’t touched anything inside.” He then instructed us to stay out of the house until he arrived. When the hygienist entered the house with us, he asked me if the kitchen cabinets were original. They were, and I opened the kitchen sink cabinet and showed him they were in the normal condition for the age of the house. He then said, there was no way this place was a former Meth lab because the chemicals used to make Meth were caustic and would have destroyed the cabinets, and paint everywhere in the kitchen. He took a number of pictures of everything. He then pulled out the same kind of test kit the tenant had used and performed his own tests on the same places the tenant said his tests were done. He even took samples of water from all the sinks and toilets. Two weeks later the hygienist report and tests came back negative. What a relief!!! Now, with all our documentation and the insurance company lawyer, we’re ready to counter sue if the SOB ever comes back at us!

Of course, all this could have been prevented had I paid attention to all the red flags the tenant presented at the initial interview. (Bragging about all his big bank accounts, being a fired police officer, boasting of his association with celebrities, and his pending lawsuit, etc.) Of course, there are lingering aftereffects from his outrageous accusations. The lost rent, lost security deposit, and lawyer fees totaled around $6,000.00. Being that the neighbors knew of this complaint, I feel obliged to tell every succeeding prospective tenant about what had happened, before they sign a lease. So far, a few years later, all is ok. But now, I seriously question anyone with a credit rating over 800, as to why they want to rent our house. They better have a good excuse, like “I have cancer and need to be close to the hospital.” Or, “My mom is sick and I want to take care of her.” Otherwise, I keep asking myself, why don’t they own their own house? Why? My fellow landlords, if a similar Meth Lab accusation comes your way, I hope your recall my story and put my solutions to work for you. Let’s all be smarter than our tenants! Keep up the good fight!!! Stay well!!!

Categories: Magazine Articles, Tenant ScreeningBy AOA EditorNovember 1, 2021
Tags: ApplicantMiles Laboucanetenant screening
ARCHIVED ARTICLES
Go to Top
We use cookies on our website to give you the most relevant experience by remembering your preferences and repeat visits. By clicking “Accept”, you consent to the use of ALL the cookies.
Do not sell my personal information.
Cookie settingsACCEPT
Manage consent