To my surprise, the median price for a single-family home reached an all-time high in the last few months of over $600,000 in California. I believed with lending being so restrictive, California would have a hard time passing its former high in median price. That conclusion was wrong.

The crisis part of the equation comes when you consider the unintended consequences of not being able to afford a home. As both rents and prices have accelerated, many families have just been priced out of the market. Many people are choosing to exit the state and head for areas where homes are more affordable.

The same is true for seniors. I just lost a long-time hair stylist to the state of Arizona. Her move was prompted by being able to sell her California home (with a mortgage) and buy an Arizona home free and clear. So, declining affordability is a profitable event for the owners of property and a crisis for people who don’t own. 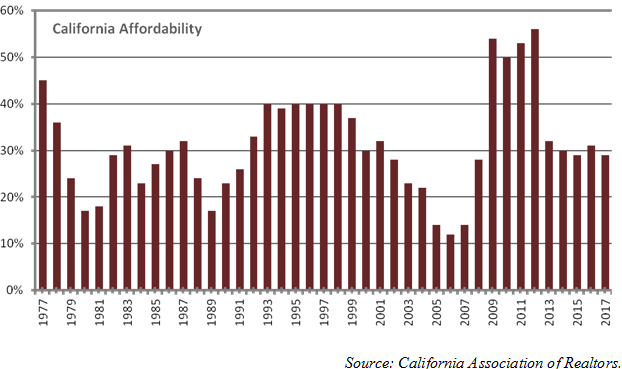 Once you hit 17% affordability, sales stall.

Once inventory increases, prices stall or go down. 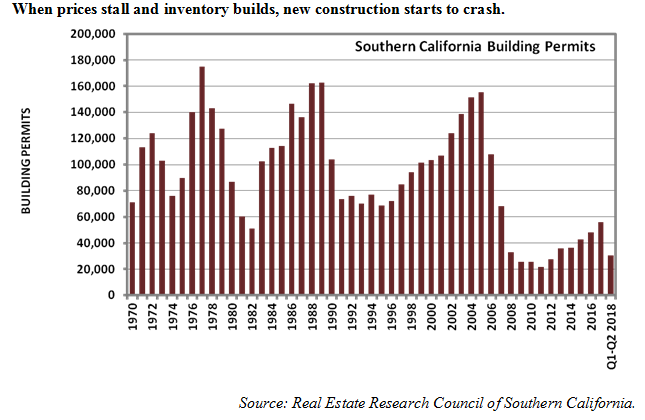 When prices stall or go down, foreclosures explode. 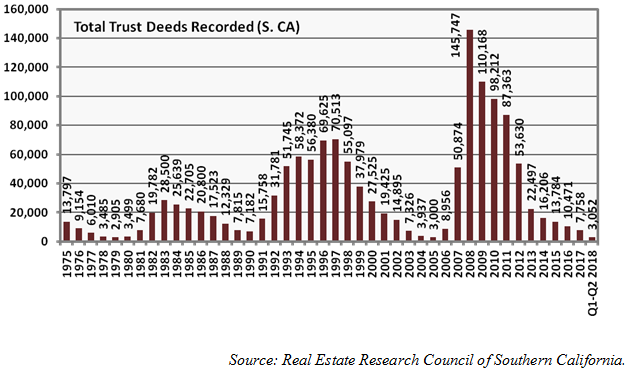 When unemployment increases, we generally lose migration out of the state.

At 26%, affordability is a long way from 17%. However, you have twin engines driving affordability lower. If interest rates and prices continue to rise,California could be in for a harder landing than I had anticipated.

I had thought restrictive lending would stop prices from pushing affordability to 17%. That seems not to be true. I also thought we would have a recession by 2019 and that would put pressure on interest rates to decline. I now don’t see a recession in 2019, so I’d have to say the odds of California being spared hitting 17% affordability have diminished.

I still think we’ll have a recession and when we do, I think interest rates could push mortgage rates below 3%. However, that seems to be farther away than I first thought.

My bigger concern now is are we going to repeat the past, hit 17% affordability, and suffer through several years of negative charts.

Category: UncategorizedBy AOA EditorOctober 1, 2018
Tags: AOABrucenorrisCaliforniarealestate
Go to Top
We use cookies on our website to give you the most relevant experience by remembering your preferences and repeat visits. By clicking “Accept”, you consent to the use of ALL the cookies.
Do not sell my personal information.
Cookie settingsACCEPT
Manage consent