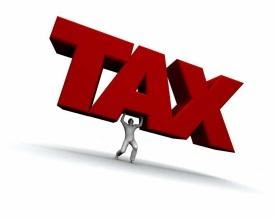 California realtors are reviving Proposition 5 just a few weeks after voters squashed it at the ballot box. It would expand the portability rule for homeowners protected by Proposition 13, but Prop 5 only got about 41% of the vote. The California Association of Realtors says it was disappointed by the results, but not discouraged. It has already filed a signature-gathering petition to get it back on the ballot in November of 2020.

Prop 13 dates back to 1978 when almost two-thirds of California voters approved the measure. At the time, it rolled property tax values to their 1976 values, and limited yearly increases to no more than 2% per year. If the property was sold, the tax level would be reassessed to 1% of the sale price with the 2% cap applied to future years.

As a result, many homeowners have chosen to remain in their homes to preserve those low property assessment levels — even if they’ve outgrown their home or would like to move for whatever reason. According to C.A.R., that’s stifling the California housing market because seniors are staying put, houses are not going on the market, and first-time buyers and growing families have fewer “for sale” listings to choose from.

C.A.R. lobbyist, Alex Creel, told the San Jose Mercury News, “While we don’t love our houses, we love our lower property taxes.” He says that more portable tax rates will “help older people sell their homes, and help everyone on that housing ladder move up a rung.” The association estimates that by getting more seniors to move, we’ll have 43,000 more homes on the market each year

Under existing rules, people 55 or older can move once without losing their Prop 13 benefits, and they must move into a home of equal or lesser value. Proposition 5 would have expanded those portability rules. If it had passed, it would have allowed seniors and people who are severely disabled to move as many times as they want to homes at any price point, and take their Prop 13 tax rates with them.

C.A.R. is now adding two new provisions to their new version of the initiative. In addition to the expanded portability rules, there’s a provision that would curtail the transfer of Prop 13 tax rates to children who inherit their parents’ homes.

That rule was designed to make it more affordable for children to live in their family homes. But according to the Mercury News, about two-thirds of those inherited homes are used as rentals or second homes. C.A.R. wants to eliminate the tax break for children who don’t live in those homes as their primary residences.

C.A.R. also wants to close a loophole for commercial real estate. The Mercury News cites officials who say the closure of that loophole would generate tens of millions of dollars each year, which would help offset the loss of revenue from older folks who can move and keep their low tax rates.

People in that camp say C.A.R. is trying to derail their efforts with a measure that will only confuse voters. Helen Hutchison, of the California League of Women Voters, says, “Our opponents will do anything they can to confuse voters in an attempt to block our initiative.”

Although the battle lines are being drawn now, the issue would go before voters for about two years. The new Prop 5 [is set for] November of 2020; however, C.A.R. [had been] working with state lawmakers to get the measure on the ballot in March 2020 – but that’s all part of the campaign to keep the issue in the public spotlight.

As the Mercury News points out, C.A.R. is used to fighting lengthy real estate battles. That includes the one to get the Costa-Hawkins Act passed in 1995, and the recent fight against its repeal in this last election. Costa-Hawkins protects single-family homes and condos from any kind of rent control in California. It also allows landlords in rent-controlled areas to raise the rent to market rates when tenants leave. Fortunately, the Costa-Hawkins Act is still in place.

[Editor’s Note:  VOTE NO on the California Property Tax Transfers and Exemptions Initiative.]

Kathy Fettke is the Co-Founder and Co-CEO of RealWealth. She is passionate about researching and then sharing the most important information about real estate, market cycles and the economy. Author of the #1 best-seller, Retire Rich with Rentals, Kathy is a frequent guest expert on such media as CNN, CNBC, Fox News, NPR and CBS MarketWatch.

Category: UncategorizedBy AOA EditorJuly 1, 2020
Tags: California RealtorsKathy FettkeProposition 13Tax
Go to Top
We use cookies on our website to give you the most relevant experience by remembering your preferences and repeat visits. By clicking “Accept”, you consent to the use of ALL the cookies.
Do not sell my personal information.
Cookie settingsACCEPT
Manage consent