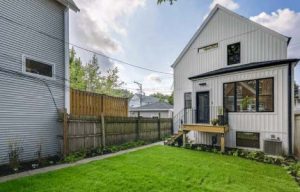 California is in the midst of a severe housing shortage. With options limited and prices skyrocketing, the legislature in 2019 passed a slew of reforms making it easier for homeowners to build accessory dwelling units, or ADUs, on their properties.

ADUs are small homes located on the same lot as an existing single- or multi-family home, such as a garage apartment, a basement unit, or a backyard cottage – think of Fonzie’s apartment above the Cunninghams’ garage in Happy Days.

While many of these reforms were initially passed in 2016, they loosened restrictions even further in 2019 and went into effect on January 1, 2020. In the years since the laws have been relaxed, California has already seen a steady increase of affordable housing options.

To put these reforms into perspective, in 2012, only 158 ADU permits were issued state-wide. In 2014, that number rose to 728. In 2019, after the easing of strict regulations, 14,702 permits were issued. That number is only going to rise as more people begin applying for permits under the new law.

By streamlining and simplifying the process for creating these ADUs, which the legislature considers an “essential component of California’s housing supply,” the state is starting slowly but surely to tackle its unprecedented housing crisis.

California’s regulatory regime has earned itself a Kafkaesque reputation for being absurdly difficult to navigate. But the new law is a breath of fresh air, designed to make the construction or conversion of ADUs simple, speedy, and inexpensive—a much-needed change during this time of crisis.

While the state law empowers homeowners, it does allow local governments some leeway to implement their own design standards by passing an ADU-specific ordinance, provided that they stay within the state-mandated parameters.

For example, a local government could pass an ADU ordinance regulating the height of newly constructed units but can’t impose a maximum of less than 16 feet. Local governments that have not yet promulgated their own ordinances regulating ADUs are limited to reviewing proposals under the bare standards set out in the state law.

The law also sets out several types of ADUs which must be categorically permitted, regardless of local law. It also mandates that local governments review all ADU applications within 60 days, allowing homeowners to get to work quickly. And review must be objective—so long as the applications comply with the applicable standards, the permitting agency must approve. Discretionary considerations, like whether a proposed project is consistent with neighborhood character, are off the table.

Unfortunately, this hasn’t stopped some city governments from dragging out the permit process.

Given the crisis at hand, one might think that cities would be eager to help expedite the creation of new housing. But NIMBYism—the tendency of incumbent property owners to support new development only as long as it is “Not in My Backyard”—has reared its ugly head in cities across the state.

Municipalities such as Malibu, San Marino, Coronado, Oakland, and Encinitas are refusing to comply with California’s 60-day approval rule, taking as long as a year or more to act on the permits. In some instances, as in the case of PLF clients Jason and Elizabeth Riddick, municipalities are stretching their interpretation of state and local law to find loopholes and bypass California’s reforms. Local attempts to ignore the law are not just hurting the homeowners—they are preventing California from implementing an important corrective to the state’s severe housing shortage.

Aside from simply adding much-needed stock to the housing markets, ADUs provide a host of other potential benefits as well. As housing costs have risen in urban areas, for example, many of those who work in bigger cities have been forced to move into the suburbs. But their jobs haven’t moved with them. By allowing for the development of more ADUs in cities where employment opportunities are more plentiful, individuals can more easily live where they work, cutting back on added costs and time-consuming commutes.

And it’s not just the tenants who benefit. California has a notoriously high cost of living, but letting homeowners build more units on their existing property gives them the opportunity to supplement their income by providing a solution to the housing shortage. In this scenario, everybody wins.

ADUs can also help defray the costs of living for elderly relatives, who would prefer to age in place with their families instead of resorting to expensive care facilities or retirement communities. So too for college-age children, who can start to gain some independence without moving into costly dorms or apartments.

While it is disappointing that many local governments are fighting tooth and nail to curb development, California legislators deserve commendation for doing the right thing by making it easier for Californians to create ADUs.

Outdated regulatory regimes and NIMBY attitudes are not going to help the Golden State overcome its housing crisis. Fostering an environment where homeowners are empowered to build ADUs is a no-brainer; it helps provide a solution to the housing shortage and positively impacts residential communities, owners, and renters alike. Local governments resisting the change should stand down, and other states experiencing housing shortages should follow California’s lead in making the creation of new ADUs speedy, certain, and inexpensive.

Reprinted here with permission from the Pacific Legal Foundation (PLF), a national

nonprofit legal organization that defends Americans threatened by government overreach and abuse. Founded in 1973, PLF challenges the government when it violates individual liberty and constitutional rights. With active cases in 39 states plus Washington, D.C., PLF represents clients in state and federal courts, with 12 victories out of 14 cases heard by the U.S. Supreme Court. For more information, visit www.pacificlegal.org. Reprinted here with permission from Pacific Legal Foundation.

Categories: Current Events, Magazine ArticlesBy AOA EditorDecember 1, 2021
Tags: Housing ShortagePacific Legal Foundation
ARCHIVED ARTICLES
Go to Top
We use cookies on our website to give you the most relevant experience by remembering your preferences and repeat visits. By clicking “Accept”, you consent to the use of ALL the cookies.
Do not sell my personal information.
Cookie settingsACCEPT
Manage consent