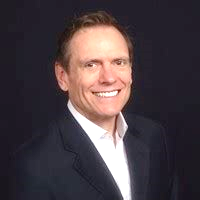 California’s SB 9 new legislation is designed to increase the housing supply. For the past 50 years, California has experienced an extended and growing housing shortage. In fact, according to a study released in 2018, California ranked 49th of all states in housing units per resident. In raw numbers, that translates to a shortage of close to 4 million housing units statewide.

The housing situation is even more dire in Los Angeles, where several factors contribute to a chronic housing crisis that demands immediate attention.

Fortunately, housing reforms and legislative efforts, including the passage of SB 9, are starting to ease some of those problems, clearing barriers so that the housing industry can make some badly needed inroads to address a basic quality of life need.

Here’s what you need to know about the state’s housing crisis and what recent legislation is doing to address those associated issues.

The Current State of Housing in Los Angeles and California

Since there are a lot of reasons why SB 9 was passed into law, it’s best to begin with an overview of the problem and why SB 9’s passage was so significant.

These shortages are most acute in California’s coastal urban areas, such as the west side of Los Angeles County.

This disparity between supply and demand is due to vibrant job creation and a severe lack of new housing construction to meet that demand. High land prices, rising construction costs, density restrictions, environmental laws, and NIMBYism have also contributed to the severe shortage.

Estimates put the state’s backlog at about 2.3 million housing units back in 2017.  Today, according to state housing officials, just to keep pace with its growing population, California needs to build an average of 180,000 new homes every year.

At a time when local governments are also cash-strapped and trying to provide as many services as possible, there has been a concerted push toward commercial and retail development which generates more local taxes than residential developments.

With the average cost of a home in California at 2.5 times the national average (currently hovering at about $800,000), only one-third of Californians can afford a median-priced home instead of about 50% nationally.  By extension, this has created more homelessness and an estimated loss of up to $400 billion annually due to less construction activity and money spent on housing that can’t go to other segments of the economy.

To find more affordable housing, large segments of the population have created a mass migration of urban sprawl resulting in some of the nation’s longest commutes and worst traffic. Anyone who has ever driven in Los Angeles knows this situation all too well.

In response, there have been several policy proposals put forth recently.  Some address short-term housing needs, but long-term solutions are needed to solve institutional-sized imbalances in Los Angeles County and throughout the state.

For example, to meet the crisis, Los Angeles City Planning and the Housing and the Community Investment Department recently released plans to add about 57,000 new housing units and set a goal of nearly 500,000 total units over the next eight years. Titled “The Plan to House L.A.,” the draft calls for more than 200,000 of those units to be reserved for lower-income residents.

In Los Angeles, rezoning would allow “for over 200,000 new housing units within three years of the plan’s adoption. The rezoning program will increase density and allowances for housing, particularly in neighborhoods with access to good jobs, schools, and amenities.”

Los Angeles has also enacted an Affordable Housing Linkage Fee that requires developers to pay a fee ranging from $3 to $5 per square foot for commercial development and $8 to $15 for residential projects, with the money going toward affordable housing production.

These local actions have been bolstered by a major piece of legislation recently signed into law by Governor Newsom.  The passage of SB 9 could have a dramatic impact on housing throughout the state in years to come.

How SB 9 Impacts the Housing Industry

SB 9, the California Housing Opportunity and More Efficiency (HOME) Act, is being hailed by many housing advocates as a significant shift by legislators who are now willing to take on housing and single-family zoning issues.  It is the primary legislation of a larger affordable housing package signed into law on September 16.  SB 9 goes into effect on January 1, 2022.

In essence, SB 9 allows most homeowners to build two homes or a duplex on a plot zoned for a single house. In some instances, homeowners may also split their lot and build two additional homes. In all cases, four units is the maximum amount allowed on a single lot.

Several conditions must be met under SB 9 before a homeowner can build any type of additional unit under this law.  Additional units cannot be built if:

Homeowners must also sign an affidavit that they will remain in their current home for three subsequent years.  This stipulation was added to guard against real estate speculators.

Supporters believe building added units will give existing homeowners a way to stay in the same neighborhoods instead of cashing out due to various economic factors such as a job loss, retirement, or other financial setbacks.

However, SB 9 does have its share of critics. Some experts are applauding Governor Newsom’s strong stance, but legal challenges are already being discussed because the bill strips away local government control of density and zoning decisions.  One group may even attempt to place SB 9 on the ballot as a referendum in November 2022.

The League of California Cities also opposed the bill, calling it a “top-down mandate that disregards local voices and decision-making.”

While many opponents are worried about SB 9 significantly transforming neighborhoods, The Terner Center for Housing Innovation estimates the new law will lead to only about 660,000 new housing units throughout California over several years, a small fraction of the state’s current 7.5 million single-family lots.

Even if it survives legal challenges, change will not happen overnight.  The Terner Center study also cites that it will take a few years to translate the legislation into ramped-up construction.

The housing package also included the passage of SB 8.  This extends the existing Housing Crisis Law of 2019 through 2030 that accelerates the approval process for housing projects and limits fee increases on housing applications at the local level, among other key accountability provisions.  This could have a noticeable impact on housing because it makes building costs more predictable, encouraging investment and more housing production.

Governor Newsom signed SB 10 into law as well.  This also impacts urban density by allowing cities a voluntary streamlined process to bypass the environmental review and build up to 10 units on a single-family parcel near a transit hub or urban infill developments.  Experts believe this will have a limited impact since cities often try to limit high-density projects to balance quality of life issues.

These Senate Bills give California several new tools to spur housing activity and alleviate an ongoing crisis.  SB 9 has the possibility of accelerating the construction of accessory dwelling units (ADU) in both Los Angeles and throughout California.

In light of this, let’s take a look at how ADUs are more attractive than ever as housing options and the benefits they provide for existing property owners.

How ADUs Can Be Part of the Solution

With the passage of SB 9, one of the significant zoning restrictions of building multiple units on existing single-family lots has been removed in many situations.

The original ADU laws went into effect on Jan. 1, 2017. These laws were groundbreaking in their scope. This continues to be an attractive option for homeowners, and SB 9 may enhance those benefits.  Many of the guidelines in SB 9 were taken directly from existing and successful ADU legislation.

Inspired by the success of the original ADU laws the State passed a second set of new ADU laws that went into effect on Jan. 1, 2020. These new laws expanded the ADU options now allowing single-family homeowners to add TWO ADU units to their properties. Shockingly, a little-noticed addition to these newly expanded laws has created the most significant opportunity to date.

Multifamily property owners can now add two or many more ADUs to their properties as well!

In a time of great challenges to the multifamily industry in California, these ADU laws offer an opportunity to greatly increase the value of their assets and improve cash flow.

What makes ADUs such a viable option?  Here are some benefits to consider:

Seth Phillips, also known as Mr. ADU is the founder and head of ADU Gold. He has been a licensed broker/agent for over 30 years and also brings over 13 years of real estate development expertise to his projects. View the AOA Live Stream about SB 9. Seth and his team have renovated over 1,200 homes and he is also the founder of The ADU Development Meet Up group with over 730 members. Contact Info: ADU Gold (213)784-4447 [email protected] https://www.adugold.com/

Categories: Magazine Articles, New LawsBy AOA EditorNovember 1, 2021
Tags: SB 9 Housing LawSeth Phillips
ARCHIVED ARTICLES
Go to Top
We use cookies on our website to give you the most relevant experience by remembering your preferences and repeat visits. By clicking “Accept”, you consent to the use of ALL the cookies.
Do not sell my personal information.
Cookie settingsACCEPT
Manage consent