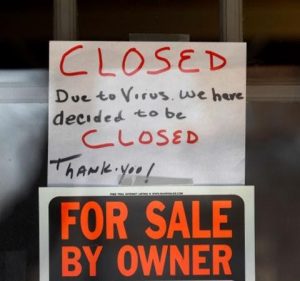 Global debt has surged by $24 trillion in the last year, driven largely by the response to the COVID-19 pandemic, the Institute of International Finance (IIF) announced in March.

With global debt now totaling a record $281 trillion, the ratio of debt to global GDP has risen 35 points to 355%, according to the group’s calculations. The latest increase in the debt load is larger than the jump seen during the Great Recession.

Government spending accounts for about half of the increase. Corporations added $5.4 trillion to the total, while banks added $3.9 trillion and households added $2.6 trillion in the last year.

The debt bonanza is almost certain to continue. The International Monetary Fund recently cautioned: “We expect global government debt to increase by another $10 trillion this year… while warning that it could be difficult to cut back: “Political and social pressure could limit governments’ efforts to reduce deficits and debt, jeopardizing their ability to cope with future crises. This could also constrain policy responses to mitigate the adverse impacts of climate change and natural capital loss.”

The question: Is anyone listening? Sadly, it doesn’t appear so. The liberals have fully embraced so-called “Modern Monetary Theory” which claims we can print all the money we want with little or no downside.

This theory has never held water throughout history. I don’t believe it will hold this time either. It remains to be seen how much longer this can go on without a financial crisis. It’s a ticking time bomb! I will, of course, continue to revisit this topic in the months ahead.

The Federal Reserve released the findings of its most recent survey of U.S. small businesses, and the results are most troubling. The Fed stated that around 9 million small businesses are likely to close permanently by the end of this year – unless they receive more stimulus relief soon.

Many small business owners told the Fed they have exhausted their personal savings, borrowed all the money they can and are at the end of their rope or will be later this year. The survey found that the number of small businesses that have over $100,000 in debt increased to 44% last year, up from 13% the year before.

As a result, many said they’ll have no choice but to shutter their doors permanently without more relief just ahead. Let’s look at the numbers.

Minority-owned businesses were more likely to report a poor financial outlook, with a whopping 8 in 10 saying they must have additional relief just ahead to survive this year.

Folks, if we lose anywhere near nine million small businesses in 2021, this will all but guarantee a second recession this year – almost certainly more severe and long-lasting than the pandemic recession in 2020.

The House of Representatives passed President Biden’s $1.9 trillion stimulus package last month. That legislation reportedly includes $1,400 checks for most Americans who qualify, which would help, of course, but it is still unclear whether the House package includes more specific relief for small businesses. Or if there is another Paycheck Protection Program in the works.

In any event, the House’s $1.9 trillion stimulus package faces stiff opposition in the Senate where most Republicans think at $1.9 trillion, it’s just too large. I continue to expect there will be some kind of a compromise, which might land at around $1 trillion (just a guess).

What I will say in closing is not only would losing a third of our small businesses result in another serious recession later this year, it would also tank the high-flying stock markets at long last, in my opinion – and I don’t mean a garden-variety “correction” either. Think bear market!

Category: UncategorizedBy AOA EditorApril 1, 2021
Tags: covid-19Gary Halbert
ARCHIVED ARTICLES
Go to Top
We use cookies on our website to give you the most relevant experience by remembering your preferences and repeat visits. By clicking “Accept”, you consent to the use of ALL the cookies.
Do not sell my personal information.
Cookie settingsACCEPT
Manage consent