Help Us Repeal the Prop. 19 Death Tax By Jon Coupal 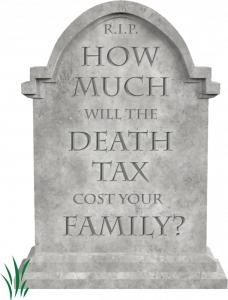 Whether you’re looking at historic election results or recent polling, it’s clear beyond any doubt that Californians hate death taxes. Back in 1982, voters overwhelmingly approved two ballot measures to abolish state inheritance and gift taxes—not only abolish them, but ban them permanently.

A few years later, rising property values had created a new kind of death tax. Property that was transferred within families was being reassessed to market value at the time of transfer, and because real estate prices had gone up so sharply, property that was transferred at the time of death brought with it a new annual property tax bill that was often unaffordable. Grieving families that were unable to pay the new tax bills were forced to sell family properties.

The political heat became so intense that the Legislature passed, by a unanimous vote in both houses, a measure that said homes and a limited amount of other property would be excluded from reassessment when transferred between parents and children. This measure was Proposition 58 on the 1986 ballot. It was approved by more than 75% of voters. Ten years later, voters approved Proposition 193 to extend the same tax rules to transfers of property between grandparents and grandchildren when the children’s parents were deceased.

Sadly, all these protections for California families were swept away by Proposition 19 in November. Many voters did not realize that this measure, presented in a costly ad campaign as something that would help wildfire victims, disabled people and seniors, also took away the constitutional protections that for decades had helped families climb the economic ladder by building generational wealth through property ownership.

To restore those constitutional protections for California families, the Howard Jarvis Taxpayers Association has just filed an initiative with the attorney general’s office. The “Repeal the Death Tax Act” would reinstate Propositions 58 and 193. Parents would once again be able to transfer a home and a limited amount of other property to their children without triggering reassessment and a property tax increase.

State law should allow families to keep the properties their parents worked so hard to acquire.

To further protect California families, we’ve added an adjustment for inflation that will help the next generation continue to own small family businesses like restaurants and mom-and-pop rental properties.

California’s County Assessors recognized immediately the damage inflicted by the new law. Los Angeles County Assessor Jeffrey Prang bluntly stated in a commentary for the Santa Clarita Signal that, “Proposition 19 may actually drive working-class families of modest means into selling their homes, family farms as well as other property to avoid an enormous unintended tax burden because the property faces reassessment.”

Members of the California Board of Equalization, constitutionally charged with administering the state’s property tax system are as critical as the assessors. “We are not talking about $25 million palaces in Malibu,” explained State Board of Equalization Member Malia Cohen in an interview with the Los Angeles Sentinel in February. “We’re talking about Baldwin Hills of Los Angeles or Encanto in San Diego and other communities throughout California. Homes that were purchased for $100,000 decades ago that now have a market value of over $1 million. These homes were paid for through hard work and could be potentially lost.”

Families should not receive a shocking new tax bill while they are grieving the loss of a parent.

It is no easy task to amend the state constitution with an initiative. About 1.5 million signatures will be needed by the end of April to ensure that the Repeal the Death Tax Act will appear on the November 2022 ballot. The Howard Jarvis Taxpayers Association is organizing volunteers to be ready to gather signatures.

To join the effort, go to HJTA.org.

Categories: Current Events, Magazine Articles, PoliticsBy AOA EditorOctober 1, 2021
Tags: Jon CoupalProp 19
ARCHIVED ARTICLES
Go to Top
We use cookies on our website to give you the most relevant experience by remembering your preferences and repeat visits. By clicking “Accept”, you consent to the use of ALL the cookies.
Do not sell my personal information.
Cookie settingsACCEPT
Manage consent