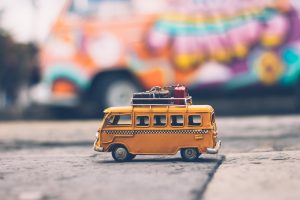 Hello everybody.  Airbnb and other types of transient occupants continue to be a big headache for landlords.  After all, while the Internet allows free or nearly free advertisements by owners to acquire new tenants (which is a good thing), it also empowers tenants to sublet their apartment to temporary occupants for more than the rent the landlord collects from the tenants (which is not a good thing).

As landlords, we well know that transient occupants obtained by tenants through websites such as Airbnb.com, VRBO.com, Apartments.com, Zillow.Com and Craigslist.org, are definitely not desirable from our perspective or from the point of view of other tenants in the building.  There are many reasons for that, among which are these:  Landlords run background checks on prospective tenants to ensure that they are a good fit for the building.  Tenants typically run no background checks on their transient occupants.  Security of the apartment complex may be compromised by short term lodgers.  Tenants are less likely to vandalize an apartment building or steal from another tenant than are transient occupants.  Tenants are less likely to damage the interior of their own apartment unit than are transient guests.  Transient occupants are more likely to disturb the other tenants in the building, such as by having a noisy party at night or playing loud music.  Having transient occupants means more water consumption, and in turn higher utility bills for the landlord.  Frequent movement of luggage in and out of an apartment will cause much wear and tear to the building structure, including its floors, walls, paint, stairways, and door jambs.  The list could go on and on.

The Problem with Evicting a Tenant

For Having Transient Occupants

Unless there is a provision in the lease which expressly or implicitly prohibits a tenant from “renting” or sub-renting the apartment unit or a bedroom therein to transient occupants (or the local municipality has passed an ordinance prohibiting such lodging), tenants may rent out their units with impunity.

So, the initial step for a landlord to avoid temporary sub-rentals is to review the lease agreement to see if there exists any such prohibition in the instrument.  By way of example, AOA’s lease agreement (Form 101) contains two such provisions:

The first is set forth in paragraph 1 which provides that the tenant agrees to use the premises “SOLELY AS A PRIVATE RESIDENCE…”  Obviously, allowing members of the general public to use a unit for sleeping purposes in exchange for payment of money to the tenant (which is the hallmark of Airbnb and other transient occupancy) violates the restriction that the apartment be used solely as a private residence.

The second provision is included in paragraph 21 where it bars the tenant from subletting the unit or any part thereof.  The act of a tenant permitting a third person to sleep in an apartment in exchange for payment of money is subletting.

If a prohibition against transient occupants is in the lease, termination of the rental agreement and subsequent eviction of the tenant is simple in theory but problematic in practice.

Further, even if the occupants admit to the landlord that they paid money for the sleeping arrangement, that statement, as related by the landlord to the unlawful detainer judge, would not be admissible evidence in court because it is hearsay.

Moreover, by the time the tenant is served with a 3-Day Notice to Perform Covenant or Quit, or at least as of the time an unlawful detainer action is filed, the transient occupants are probably long gone and, therefore, cannot be subpoenaed to testify.

Additionally, if the landlord confronts the tenant to ask about the occupants, the tenant is likely to claim that they were his/her guests as guests are permitted to stay for short durations, as allowed by many residential leases.

That is not to say that the landlord could not win an eviction suit if he serves the tenant with a Notice to Perform or Quit, then deposes the tenant, deposes Airbnb personnel at their headquarters in San Francisco, and subpoenas the tenant’s bank account records to prove Airbnb payments were deposited directly into the tenant’s account, etc.  But those procedures are expensive and the end result of eviction is not assured.

Here is a Better Way to Handle the Problem

Proving in court with admissible non-hearsay evidence that the tenant allowed his unit to be used for lodging of short-term transient occupants is easier said than done, and will likely include costly attorneys’ fees.

But there is a direct, less expensive, and more certain way of establishing a violation of the lease agreement than trying to prove that the tenant did in fact sublet the premises to temporary occupants.

Landlords can include a provision in their lease, or attach an addendum thereto, that not only prohibits the use of the premises by transient occupants who are not otherwise permissible guests, but also prohibits tenants from even advertising the premises for temporary lodging.

In other words, with such a provision, merely advertising the unit would be a violation of the lease and subject the tenant to eviction.  In that regard, here is an example of the type of provision that AOA members may consider, subject to their own lawyers’ analysis and composition:  “No Transient Occupants, etc.:  Tenant shall not at any time advertise the Premises or allow the Premises or any portion therein to be advertised, whether in print, on-line, on the Internet, in social media, by word of mouth, or otherwise, for the use or occupancy thereof by any person, including without limitation, any advertisement for its use or occupancy through Airbnb, VRBO, Craigslist, Zillow.com, Apartments.com, newspapers, or any other source (collectively “Sources”), nor solicit anyone by any of the Sources for any use or occupancy of the Premises or any portion therein, in exchange for compensation or other consideration.  Nor shall Tenant allow any such person to at any time use or occupy the Premises or any portion therein.  In no event shall Tenant at any time place, hang, affix, or allow to be placed, hung or affixed, a lock box or other type of potential key holder to the exterior of the Premises nor to any portion of the property of which the Premises are a part.  Without limiting the generality of the foregoing, Tenant shall immediately pay and disgorge to Landlord all money and other consideration that Tenant receives arising out of any act that violates this paragraph.”

Then, if during the term of the tenant’s lease the landlord suspects that the tenant is using the premises for transient occupancy in violation of the rental agreement, finding the solicitations online or elsewhere will not be difficult.  For example, most tenants will favor Airbnb.com as their initial, and thereafter, principal advertising website.  Photos of the building structure and the interior of the apartment will likely be included in the ads along with the address or approximate location.  A photo of the tenant as well as the tenant’s first name may also be provided in the postings.

The landlord should check the Airbnb and other similar website postings covering the building’s geographic area once a day for two weeks.  If the tenant is advertising the unit for temporary lodging, the landlord should be able to find the ad.

On the other hand, if Internet postings or other advertising themselves are prohibited by the lease, then proof of actual transient lodging is unnecessary. The landlord should prevail merely by presenting the advertisements to the court, augmented by the landlord’s testimony linking the ads (with photos included) to the tenant.

To conclude, AOA readers who desire to include the sample “No Transient Occupants” lease provision I have written above, please instead have your personal attorney draft his or her own legalese to include in your rental agreement.  What I have composed is intended to present the concept only.  Its verbiage may need to be revised for content and legality before including it in any particular lease.

Dale Alberstone is a prominent real estate attorney who has specialized in real property and resident manager law for the past 40+ years.  He is a former arbitrator for the American Arbitration Association and a former mediator of real estate disputes.

Mr. Alberstone has been awarded a 5-Star AV rating from Martindale-Hubbell, the 134-year-old national rating service of attorneys.  A 5-Star AV rating is the highest possible rating bestowed and reflects an attorney who has reached the heights of professional excellence and who is recognized for the highest levels of legal expertise, communication skills and ethical standards.

The foregoing article was authored on September 1, 2021.  It is intended as a general overview of California law only and may not apply to the reader’s particular case.  Readers are cautioned to consult a lawyer of their own selection with respect to any particular situation.

Category: UncategorizedBy AOA EditorOctober 1, 2021
Tags: AirbnbDale AlberstoneTransient Occupants
ARCHIVED ARTICLES
Go to Top
We use cookies on our website to give you the most relevant experience by remembering your preferences and repeat visits. By clicking “Accept”, you consent to the use of ALL the cookies.
Do not sell my personal information.
Cookie settingsACCEPT
Manage consent