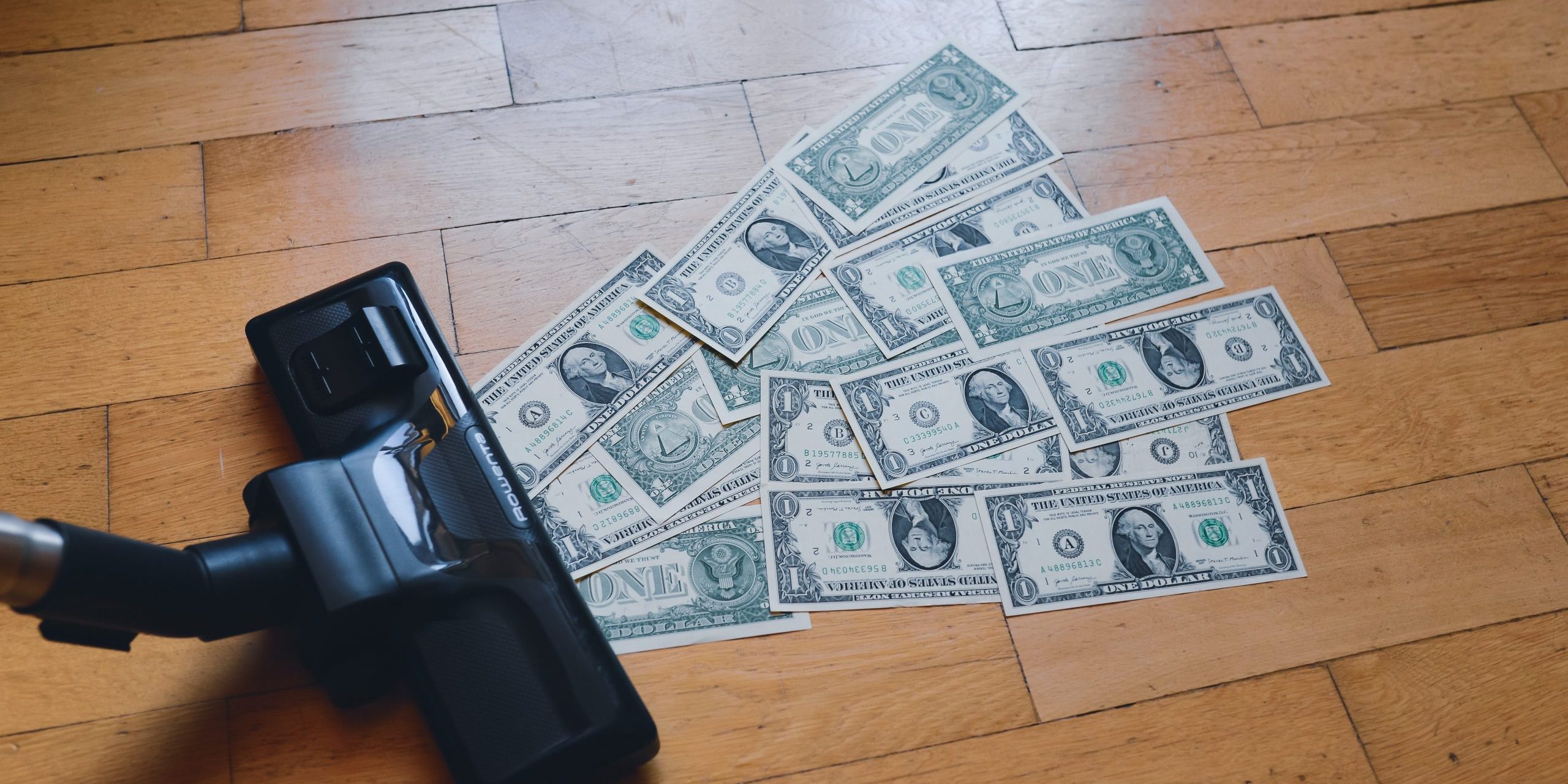 Desperate times call for desperate measures, and times are, arguably, increasingly desperate. The persistence of high inflation might force the Federal Reserve to resort to the biggest increase in a key U.S. interest rate in more than 40 years. After another dismal inflation report (see below), economists predict a full-percentage-point increase in the Fed’s benchmark short-term rate (Fed Funds rate currently at 2.5%). Remember, you heard it first!

BTW, the last time the Fed made such a drastic move was in the early 1980s (another period marked by sky-high inflation). At each of the last two meetings, the monetary-policy-setting Federal Open Market Committee raised the targeted rate by 0.75 point. In August, the Consumer Price Index rose a scant 0.1%, largely because of another big drop in energy prices. And the annual pace of inflation slowed a bit to 8.3% from 8.5%. But that was the only good news. The cost of almost everything rose last month, including food, rent, clothes, furniture, cars, medical care and so forth. It is increasingly clear that a more aggressive path of interest-rate hikes will be needed to combat increasingly entrenched inflation stemming from an overheating labor market, unsustainably strong wage growth, and higher inflation expectations. In other real estate news, let’s get down into the weeds…

Inflation Roars Back in August

Falling gas price delivered a second low inflation reading in a row as the Consumer Price Index rose by 0.1% in August. But the report also showed inflation has spread more broadly through our economy and is set to spur the Federal Reserve to sharply raise interest rates again. The small increase last month lowered the yearly rate of inflation to 8.3% from 8.5% in July and a 41-year high of 9.1% in June. But in a more worrisome sign, the so-called “core rate” of inflation (that omits food and energy prices) rose by a sharp 0.6%, doubling up the prior month’s increase. Actually, the Fed views the core rate as a more accurate measure of future inflation trends. The increase in the core rate over the past year escalated to 6.3% from 5.9%, underscoring how much inflation has become embedded in our economy. For example, the cost of staples such as food, rent, medical care, furnishings and new cars all rose last month. The Fed is expected to boost interest rates through the end of 2022 to try to extinguish the worst inflationary fire in four decades, but it has a long way to go to return to pre-pandemic levels. The central bank risks a recession if it goes too high, however. Higher interest rates reduce inflation by raising the cost of borrowing for consumers and businesses and thereby slowing the economy. The tepid headline CPI readings in August stemmed mostly from tumbling gasoline prices. The government said gasoline prices fell 10.6% last month. The average U.S. cost of a gallon of gas, which topped $5 for the first time ever in June, fell to $3.83 at the end of August. It’s since declined to $3.69 in September, the Energy Information Administration reports. The rest of the August report, however, was filled with warnings signs on inflation. Rents surged 0.7% in August, as did housing. The Fed is especially worried about rising rents since it’s one of the biggest contributors to inflation and shows little sign of reversing. 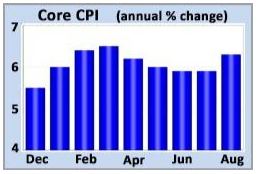 A surge in mortgage rates to over 6% is giving home shoppers chills, pushing them to wait to refinance or buy a home. With rates doubling from where they were a year ago, demand from buyers continues to weaken, as reflected in the Market Composite Index (a measure of mortgage application volume). The Index is now at its lowest level since December 1999, the Mortgage Bankers Association (MBA) said last Wednesday. Rates hitting 6% is a significant milestone, albeit a negative one, for buyers. Mortgage rates are now at the highest level since November 2008! Higher rates have pushed buyers to forego refinancing and contributed to prospective buyers’ staying on the sidelines. Higher rates are likely to cool demand even further. Which means that the downturn in housing continues. MBA’s Refinance Index dropped by 4.2% and was down 83% compared to a year ago. The Purchase Index (which measures mortgage applications for the purchase of a home) rose by 0.2% from the previous week. The average contract rate for the 30-year mortgage for homes sold for $647,200 or less was 6.01% lasts week. That’s up from 5.94%% the week before, the MBA says. For homes sold for over $647,200, the average rate for the 30-year was 5.56%. The 15-year rose to 5.3%. The rate for adjustable-rate mortgages, which comprise 9.1% of total applications, rose to 4.83%.

Rents Jumped at Quickest Pace Since 1991

An increase in housing costs, including rents, added fuel to rising consumer prices in August. But there are other signs that rents continue to moderate from their peak earlier this year. The gain in the Consumer Price Index’s shelter component reflects, in part, this year’s run-up in rent prices. Core CPI, a government measure of consumer prices but without the more volatile food and energy prices, gained 0.6% in August, doubling from its 0.3% pace in July, according to Bureau of Labor Statistics data released Tuesday. The cost of shelter was a major driver: After seasonal adjustment, the category gained 0.7% [in August] up from 0.5% the month prior and its fastest monthly pace since January 1991. Over the past year, the shelter index gained 6.2%—a rise that accounted for about 40% of the increase in core CPI, according to the government data. Two of the main measures of rent included in the shelter category increased quickly in August. Both (1) rent of primary residences and (2) owners’ equivalent rent (an estimate of how much one’s home would be worth if it was rented out), gained 0.7% month-over-month, more than double their long-term average increase of about 3%. However, industry data is showing that increases in asking rents have slowed from their early 2022 peak—though they remain well above the pre-pandemic norm. The typical U.S. asking rent in August was about $2,090, according to the Zillow Observed Rent Index. Compared with the same month last year, the typical rent was 12.3% higher—a gain that was still well above the historical average, but a moderation from year-over-year increases that reached as high as 17% in February. Nevertheless, keep in mind, a recession in which many renters lose their jobs could result in rents flatlining, while a softer economic landing could return rent growth to its pre-Covid norm. On a month-over-month basis, rents in Raleigh, N.C.; Seattle; California’s Inland Empire; and Las Vegas saw the greatest month-over-month decrease.

More Than 69,000 People Are Experiencing Homelessness in L.A.

Despite a massive influx of new funding and increased efforts to reverse the crisis, the unhoused population in Los Angeles continues to grow. Over three nights in late February, volunteers fanned out across L.A. to tally the number of people sleeping on the streets or in shelters, cars, tents and other makeshift structures. [In September], the L.A. Homeless Services Authority (LAHSA) released the long-awaited results from the 2022 count, the region’s first since the COVID-19 pandemic began. Shockingly, the new numbers show that on any given night, an estimated 69,144 people are experiencing homelessness across L.A. County. That represents a 4.1% increase since the last count took place in 2020. From 2018 to 2020, the unhoused population grew by 25.9% in the county, and by 31.9% in the city of L.A. The continued rise is a function of forces where rents on average have been increasing faster than people’s incomes, especially those who have extremely low incomes. Officials said the visible signs of homelessness got significantly worse. This year’s count found a 17% increase in the number of tents, vehicles and makeshift shelters on L.A. streets. Pauses in encampment sweeps earlier in the pandemic, meant to protect the health of unhoused residents, may have allowed improvised structures to grow larger, officials said. Though homelessness fell among many demographic groups, the prevalence of unhoused Angelenos identifying as Latino rose by 26%. Experts say many Latinos may have fallen into homelessness in recent years due to ineligibility for some safety net programs (i.e., immigrants without authorization to work in the U.S. could not receive federal unemployment benefits). Obstacles to accessing other resources have also caused challenges — language and tech barriers, for example, were persistent problems for Latinos applying to California’s rent relief program. Most view the latest count as an undercount, because it leaves out all the unhoused Angelenos “couch surfing” with friends or family or otherwise hidden from view. Nevertheless, these numbers are abysmal. The size of a medium city is living on the streets of Los Angeles. That’s definitely a crisis and a failure by our governing bodies to address this issue.

Categories: Current Events, Economy, Rental Market, UncategorizedBy Israel PeredaNovember 1, 2022
ARCHIVED ARTICLES
Go to Top
We use cookies on our website to give you the most relevant experience by remembering your preferences and repeat visits. By clicking “Accept”, you consent to the use of ALL the cookies.
Do not sell my personal information.
Cookie settingsACCEPT
Manage consent