How Housing Has Been, and is Being Destroyed! 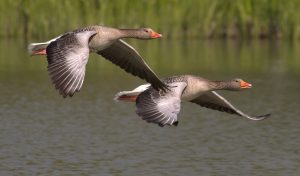 Below is a letter AOA received from one of its long-time members, Rebecca Bambarger.

Thank you for helping me be the best landlord possible.  Your organization helped me with the required legal notices, leases and training.  Your webinars to educate us were superb, especially to help understand how to navigate COVID and rent control issues.  You helped me spend my charitable dollars wisely.  All for a very low membership price – it paid for itself many times over.

Unfortunately, the City of Oakland has driven me out of the residential rental market.  My father built residential housing; generally, basic low-income, efficiency units.  He NEVER raised the rent on anyone, only adjusting the rent when someone moved out and even then, never up to market levels.  He even developed a boardinghouse out of a 1905 executive house into 10 small rooms/units that a person living on minimal Social Security could afford.  They rented for $400 to $500 a month.  The utility bills were a killer, even with solar power – (10 old refrigerators, 10 hot plates, 10 microwaves, etc.)

He grew weary in his later years.  I had a lot of deferred maintenance issues when he died.  Every building needed a new roof.  I sold a few houses to tenants (carrying the loans), donated the boarding house to a low-income housing Trust – all to get enough funds to renovate the remaining properties.  We prided ourselves in not “selling out” and putting vulnerable tenants out on the street.  I know that five of the 10 in boarding house would have been reduced to homelessness if I would have sold on the open market to a developer.

My father didn’t believe in selling assets as these properties were his life’s work since he built or renovated each property with his own hands.  It would have killed him to let go of his properties.

I poured about a half a million into his 10-unit apartment building – one that he built from the ground up when I was a teen.  A new 50-year roof, all new windows, new railings, updated exterior stonework, voluntary seismic renovation, security cameras and, of course, paint.  The city of Oakland rent adjustment board denied the application to pass on any renovation costs (only 70% of renovations was considered at a 30-year amortization rate with a maximum 10% rent increase per tenant).  They classified all the renovations as “maintenance” or “gold-plating” – neither of which were allowed to be recuperated.  One half of the tenants in this building had rent at 50% of the market value.

Obviously, a business has to make money from its assets.  That’s what being a [rental housing provider] is, it’s a business.  It is not a charitable endeavor.  Because the city and state’s complete ignorance of this fact, our family decided to sell all the residential properties.  We ae done with trying to work within the rules and guidelines of the state and city.

Too bad – the City of Oakland lost a landlord who believed that providing housing should be fair to both the tenants (fairly priced for a well-made product) and the landlord (pride in keeping good, long-term tenants and well-kept properties.  This “landlord” was three generations of family that believed this philosophy.  Done!

We sold off-market at the appraised prices and moved our business out of state.  Eventually, when we move out of state ourselves, this business will no longer bring in California tax dollars.  Too bad, California, you killed the golden goose.

Thank you again for the help, references and training!  Sincerely, Rebecca Bambarger

Just another example of when Economics 101 talks about how Tenant Welfare (rent control) destroys housing.  We just lost one more housing provider.  And … we’ll lose many more in the future as they add to all those we have already lost.

Our elected officials can’t figure out why we have a housing crisis, along with all the homeless people, as they keep voting for more controls to punish housing providers to please tenants and obtain their votes.

These politicians continue to prevent more housing from being built by getting rid of the very people who have the solution – housing providers! Tenants, along with the politicians, could care less about how all of this destroys housing for others as long as they can get out of paying as much rent as possible today.  No thought about the future.

Rebecca hit the nail on the head when she mentioned that they “killed the golden goose” that formerly provided all the housing needed and we had fewer “homeless” problems.  They have, indeed, killed the goose, but let’s try to force them to bring it back to “life”!

Please make a copy of Rebecca’s letter and the above comments and sent it to the Mayor, City Council Members and Supervisors in your area.  You can find out how to obtain their names and addresses as well as other letter suggestions, by going to AOAUSA.com/protest.

Thank you for helping to restore and bringing back to life our old, American Economic System of Free Enterprise!

Categories: Current Events, Economy, Magazine ArticlesBy AOA EditorFebruary 1, 2022
Tags: dan faller
ARCHIVED ARTICLES
Go to Top
We use cookies on our website to give you the most relevant experience by remembering your preferences and repeat visits. By clicking “Accept”, you consent to the use of ALL the cookies.
Do not sell my personal information.
Cookie settingsACCEPT
Manage consent