How Long are Californians Waiting for Rent Relief? 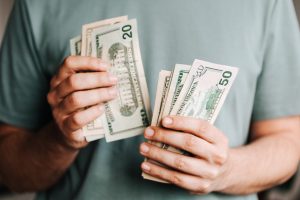 Only 16% of nearly half a million renters who applied for rent relief from the state of California have been paid, according to a new analysis released in March. And the clock is ticking: Under state law, landlords will be able to evict tenants who failed to pay rent by April 1.

Of more than 488,000 households who applied for assistance since the program launched in March 2021, about 180,000 were approved. Four percent were denied, and more than half of applicants are still awaiting a response, according to the study, produced by the National Equity Atlas, Housing Now and the Western Center on Law & Poverty using state data.

The number of people paid, according to the study, is significantly lower than what is shown on the state’s public dashboard — 191,000 households “served” and $2.2 billion paid.

Monica Hernández, a spokesperson with the California Department of Housing and Community Development, disputed the report’s findings and said that the state’s dashboard has “the most current and accurate numbers.”

“It doesn’t matter if you have a piece of paper that says you’re approved, you need the money,” said Madeline Howard, a senior staff attorney at the Western Center and co-author of the report. “It doesn’t reflect the experience of the tenants who are living this day to day.”

The study also found that applicants waited a median of more than three months to get an approval, and another month to get paid — 135 days total. The wait times have been getting shorter, however: Households who applied for aid last March waited about six months to get paid, while those who applied in October faced a wait time of just less than four months.

In her emailed response, Hernández said that the wait time measure “does not account for the different rules that different applications applied under at different times” or “for incomplete, duplicate, or potentially fraudulent applications that we are just now clearing out of the data.”

California received about $5.2 billion from the federal government to help renters stay housed and keep landlords paid. The state is in charge of administering about half of that, while 25 cities and counties are administering the rest. The new study focuses on the state program, which covers nearly two-thirds of Californians.

In January, the state received $62 million in additional federal aid, or only 3% of the nearly $2 billion it requested in November. Still, California received one third of the funds reallocated by the U.S. Treasury, which Hernandez said spoke to federal officials’ “confidence in our ability to distribute funds to households in need in a timely fashion.”

According to Hernández, a budget bill the Legislature passed in February that allocates General Fund dollars to state and local rent relief programs “means that every eligible applicant seeking assistance for eligible costs submitted and incurred on or before March 31, 2022, will be assisted.”

The new study is the most complete look yet at how rent relief is going in California.

The full data set was not released to the Western Center through the state Public Records Act until after the center announced its intent to sue the Department of Housing and Community Development, which administers the program with the help of a private contractor. Repeated Public Records Act requests for the full data set had previously been denied. These groups have been tracking California’s eviction and rent relief efforts from the beginning.

CalMatters has requested similar data from the state through several Public Records Act requests and had been repeatedly told the data did not exist.

Categories: Magazine Articles, Rent ReliefBy jamil caudangApril 1, 2022
ARCHIVED ARTICLES
Go to Top
We use cookies on our website to give you the most relevant experience by remembering your preferences and repeat visits. By clicking “Accept”, you consent to the use of ALL the cookies.
Do not sell my personal information.
Cookie settingsACCEPT
Manage consent