How to Prevent a Prescriptive Easement on Your Property 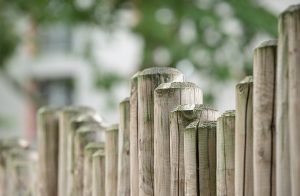 For purposes of this article, I will limit the following discussion solely to apartment building owners and their next-door neighbors, including the tenants of those neighbors.

What is a Prescriptive Easement?

In the context of an owner and a next-door neighbor, the nature of a prescriptive easement is an existing and future right of a neighbor (or the neighbor’s tenants) to forever use the owner’s property jointly with the owner.

The easement arises, but can only arise, five years after the repeated use of the owner’s property without the owner’s consent.  Unlike an easement conveyed to a utility company to erect or maintain telephone or electrical poles on, or run wire across, an owner’s property (which is always in writing), nothing needs to be in writing (and never is) which grants the neighbor a prescriptive easement.

The conditions which the neighbor must satisfy in order to acquire a prescriptive easement on the owner’s land are the following:

At the end of the five years, a neighbor who fulfils all of the above requirements acquires an easement by prescription on the owner’s property to continue that use indefinitely.  However, after the 5-year period, the only way that the neighbor can prove that he/she has obtained that easement or otherwise have it insured by a title company when he or she sells his or her own property, is to obtain a judgment in Court decreeing the existence of the prescriptive easement.

Three additional considerations are important relative to the acquisition of a prescriptive easement.

First, even though the usage must be for five years, the use need not be solely by the claimant (i.e., current) neighbor.  By a legal doctrine known as “tacking,” the years of use by the current neighbor can be added to the years of use by the previous neighbor, so long as they total 5 or more years together.  For example, if the seller of the property to the current neighbor used the adjoining owner’s land for three years and the claimant (current) neighbor then uses it for two more years, that will satisfy the five-year requirement.

Second, the use by a neighbor’s tenants, such as by driving or walking on the adjoining owner’s driveway or grass for convenience purposes, could inure to the benefit of the claimant neighbor even though the neighbor himself/herself did not personally use those areas of the owner’s property.

With respect to apartment buildings, prescriptive easements most commonly arise when a neighbor or the neighbor’s tenants use the adjacent owner’s driveway or side yard to access their own property.  For example, if the neighbor’s tenants repeatedly drive or walk on the pavement or grass abutting the property where they reside in order to enter or leave the neighboring property, then after a period of five years that usage may become a permanent right.

Similarly, if driveways for both properties abut one another such that the tenants on one property frequently drive along a portion of the neighboring property for ease of access, that usage may ultimately ripen into a prescriptive easement for the benefit of the trespassing tenants, and in turn their landlord.

Let’s now examine the methods by which an owner can protect his property from an easement, with particular emphasis on the defenses to a prescriptive easement.

As discussed previously, to acquire an easement by prescription, the claimant must establish five elements.  Among those elements is the requirement that the use by the neighbor (or the neighbor’s tenant) be hostile or adverse.  This means that the claimant cannot acquire a prescriptive easement on an owner’s property if the use is with the owner’s consent or permission.

Therefore, the simplest method by which an owner can prevent an easement from being acquired on his or her property is by giving his consent, usually verbally or in writing, to the other person’s use.  Once permission is given, the use by the neighbor (or the neighbor’s tenant) is not “adverse.”

Conversely, if the owner protests the neighbor’s use of the property during the five-year period or sends the neighbor a letter objecting to continued use, then the neighbor’s continued use following that letter is deemed to be “adverse” and may ripen into an easement at the end of five years.  Thus, if an owner objects to the neighbor’s use of the property but does nothing to physically prevent that continued use (such as by erecting a fence), the worst action which the owner can then take is to give written notice demanding that the neighbor stop using the owner’s property, but allowing it to continue.  While this seems contrary to common sense, oral or written communications objecting to a neighbor’s usage, followed by continued usage by the neighbor, allows, rather than prevents, the easement to come into existence at the end of five years.  On the other hand, an owner’s consent to the usage during the first five years thwarts the acquisition of an easement.

Another method to prevent a prescriptive easement is for the owner to construct a wall, fence or other barrier which physically excludes the neighbor from using the owner’s property.  So long as the impediment is erected within the first five years, the easement will not be acquired.

Another method to prevent the acquisition of a prescriptive easement is by posting notices or recording permission with the county recorder.

Under Civil Code Section 1008, an easement is barred if the owner posts a sign at each entrance to the property, and at intervals not more than 200 feet along the boundary, reading “Right to Pass by Permission, and Subject to Control, of Owner:  Section 1008, Civil Code.”

Alternatively, the owner may record with the County Recorder the following: “The right of the public or any person to make any use whatsoever of the above-described land or any portion thereof … is by permission, and subject to control, of owner:  Section 813, Civil Code.” That recordation is generally used with privately owned recreational land in rural areas which is readily accessible to the general public.

Private ownership of real property is one of the most cherished rights we have in America.  To encourage property owners to watch over their property and tend to their rights, the California State Legislature allows owners only a five-year grace period during which to prevent others from literally trampling on those rights.

Thus, each owner wishing to retain full rights to his or her land needs to be vigilant about its use by others.  Careful measures should be taken to prevent a neighbor’s use from becoming a prescriptive easement.

Dale Alberstone is a prominent real estate attorney who has specialized in real property and resident manager law for the past 40+ years.  He is a former arbitrator for the American Arbitration Association and a former mediator of real estate disputes.

Mr. Alberstone has been awarded a 5-Star AV rating from Martindale-Hubbell, the 134-year-old national rating service of attorneys.  A 5-Star AV rating is the highest possible rating bestowed and reflects an attorney who has reached the heights of professional excellence and who is recognized for the highest levels of legal expertise, communication skills and ethical standards.

The foregoing article was authored on October 1, 2021.  It is intended as a general overview of California law only and may not apply to the reader’s particular case.  Readers are cautioned to consult a lawyer of their own selection with respect to any particular situation.

For more articles from the November 2021 Issue of the AOA Magazine, click here.

Categories: Magazine Articles, NorCal, SoCalBy AOA EditorNovember 1, 2021
Tags: Dale AlberstonePrescriptive Easement
ARCHIVED ARTICLES
Go to Top
We use cookies on our website to give you the most relevant experience by remembering your preferences and repeat visits. By clicking “Accept”, you consent to the use of ALL the cookies.
Do not sell my personal information.
Cookie settingsACCEPT
Manage consent