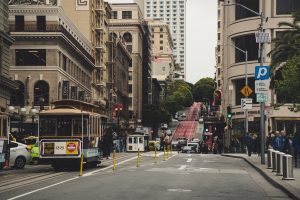 Photo by Brett Sayles from Pexels

Alameda, CA: The Prosecution Unit of the Alameda City Attorney’s Office has reached a settlement with an Alameda landlord to successfully resolve claims that they violated the City’s tenant protection and fair housing laws; a landlord is ordered to pay $15,000!

An elderly resident and employee of a nursing home, had rented an Alameda apartment for more than 13 years owned by a landlord who owns multiple residential properties in the area, as well as an appliance and building supplies business.

The tenant reported that in 2020, her landlord began repeatedly directing her to vacate her home, because he was selling the property. She also alleged that her landlord stopped accepting her rent payments. Believing that she had no other choice, the tenant eventually vacated her home of 13 plus years in April 2021, even though she had not been able to secure new permanent housing.

Local law prohibits landlords from evicting tenants without just cause. (This is in addition to the emergency tenant protections due to the COVID-19 pandemic.) The law also prohibits owners from harassing or pressuring tenants to make them vacate their homes.

“Unfortunately, many people still don’t know about these important housing laws,” said City Attorney Yibin Shen. “Even before COVID, landlords couldn’t simply give their tenants a 30-day notice to leave. There had to be ‘just cause’ – a violation of the lease or other legal basis for the owner to evict.”

Under the settlement, the landlord is paying a total of $15,000. Of this amount, $12,000 will go to the tenant to help transition her into a future permanent new home and compensate her for the disruption and other damages resulting from vacating against her wishes.

Local law provides landlords with lawful means to persuade their tenants to vacate when the tenant is not planning to leave: a “buyout.” This is where the landlord pays the tenant money in exchange for giving up their tenancy. However, buyouts must be voluntary, and must follow detailed rules under local law – including everything in writing and filed with the City.

“The City of Alameda has a strong policy of producing, protecting, and preserving housing, especially affordable housing, in our community,” said City Attorney Shen. “Our office is committed to justly enforcing state and local fair housing laws and ensuring that Alameda remains a place that people from all income levels and backgrounds can call home.”

The Alameda City Attorney Office’s Prosecution Unit educates the public and enforces the laws governing fair housing and consumer protection in our community.

[Editor’s Note: The question: “Do you accept Section 8?”  Your answer:  IT BETTER BE YES!  You never know when that sweet, employed applicant with great credit may be an undercover investigator from Housing Rights.]

New York: A group called Housing Rights Initiative sent undercover investigators posing as prospective tenants in search of a rental.  During this year-long investigation, when applying for the rentals, the “prospective tenants” secretly recorded the conversations from many brokerage firms and landlords.  Just as the landlord was about to invite them to see the unit, the tenant asked if Section 8 vouchers were accepted and if the answer was “No” … well, you joined the list of those who were busted!

Undercover operations have been used for years and are still being used today to expose discrimination in both the rental and homeowner markets.  The government uses this method to specifically target those who discriminate against Section 8.

A lawsuit was filed in federal court and accused 88 brokers and landlords of violating the city and state’s income discrimination laws which are among the most protective in the country for tenants with housing vouchers. The companies named in the suit included brokers, small landlords and large, national companies and franchises.

The investigators had dozens of recorded conversations that detailed the challenges faced by renters using Section 8.   In 48% percent of those, the broker or landlord ended the conversation as soon as the voucher was mentioned, with some even just hanging up.  There were a range of reasons for rejection; some a subtle, “I don’t think this will work for you”, while others explicitly stated they did not accept Section 8 vouchers.

The lawsuit seeks undisclosed monetary damages and for the discrimination to stop.

Categories: AOA Update, Magazine ArticlesBy AOA EditorDecember 1, 2021
Tags: IN THE NEWS
ARCHIVED ARTICLES
Go to Top
We use cookies on our website to give you the most relevant experience by remembering your preferences and repeat visits. By clicking “Accept”, you consent to the use of ALL the cookies.
Do not sell my personal information.
Cookie settingsACCEPT
Manage consent