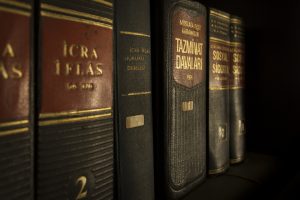 The Housing Rights Center (HRC) has filed a lawsuit on behalf of an elderly tenant in Los Angeles who suffered illegal discrimination because she receives a Section 8 Housing Choice Voucher. Source of income discrimination is a violation of city and state law.The 78-year-old senior on a fixed income and has lived in her Los Angeles apartment for 22 years. After waiting for many years, she finally received a Section 8 Housing Choice Voucher to subsidize her rent. The voucher, funded by the U.S. Department of Housing and Urban Development and administered by the City of Los Angeles, pays all or a portion of the rent directly to the landlord.

The lawsuit alleges, the property owner, who owns and manages multiple other properties throughout Los Angeles, refused to accept the monetary assistance for her long-term tenant and began a year-long campaign to blatantly undermine the tenant’s fair housing rights. The investigation later uncovered multiple illegal actions to avoid accepting the lawful rental payments and to deny other Section 8 voucher holders their rights to equal housing.

Discrimination against Section 8 rent subsidy programs is included in existing laws in the City and County of Los Angeles and the State of California which make it illegal to discriminate against a tenant or a potential tenant based on the source of their income.

Question:  Do you accept Section 8?

Categories: Landlord/Tenant Law, Magazine ArticlesBy AOA EditorFebruary 1, 2022
Tags: IN THE NEWSSection 8
ARCHIVED ARTICLES
Go to Top
We use cookies on our website to give you the most relevant experience by remembering your preferences and repeat visits. By clicking “Accept”, you consent to the use of ALL the cookies.
Do not sell my personal information.
Cookie settingsACCEPT
Manage consent