Is the Government Out of Money? By Gary D. Halbert 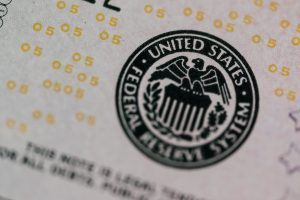 Photo by Karolina Grabowska from Pexels

For the benefit of our many newer clients and readers and the growing number of younger people reading my letter, I’ll briefly review the debt ceiling and why it matters today. I’ll do it in a Q & A format to keep it simple and brief.

What is the debt ceiling? Congress limits how much money the government can borrow, and once the limit is reached, lawmakers must raise or suspend the ceiling before the Treasury Department can issue more debt.

Does raising the debt ceiling approve new spending? No, a vote to raise the debt limit doesn’t authorize new spending, but it essentially allows the Treasury to raise money to pay for expenses the government has already authorized. About one-third of federal spending is “discretionary,” which Congress approves through annual appropriations bills. The rest is automatic spending on programs such as Medicare, Medicaid and Social Security.

The federal budget deficit soared to a record $3.13 trillion in 2020 as the government ramped up spending to fight the COVID-19 pandemic. Yet the budget deficit is on track to be almost as large in 2021 as federal spending continues at record levels.

Those massive budget deficits will require bigger debt limit increases than would otherwise be necessary to cover new spending over the next several years. Democrats have proposed suspending the borrowing limit through December 2022, rather than determine a specific debt ceiling number.

What would happen if the debt limit isn’t raised? If the government can’t borrow to pay bills that come due, it would have to suspend certain pension payments, withhold or cut the pay of soldiers and federal workers or delay interest payments, which would constitute a default. Unless Congress raises the debt ceiling, the Treasury could be forced to cut payments by more than 40%, including to some U.S. households, according to the Congressional Budget Office. In 2011, Standard & Poor’s stripped the U.S. of its triple-A credit rating for the first time after the Treasury came within days of being unable to pay certain benefits. Business groups, current and former Treasury officials and Wall Street firms have raised alarms in recent weeks over the prospect of a government default in October, which they say would be disastrous for financial markets and the U.S. economy. It won’t happen, of course.

In past shutdowns, the government has continued to make its regular payments to debt holders, retirees and others, leaving the impact primarily concentrated on federal workers and contractors. Treasury Secretary Janet Yellen warned Congress earlier in September that the government may not be able to pay all its bills by mid-October.

Ahead of the expiration of the government’s current funding in October, Democratic leaders decided to combine both the debt ceiling and a short-term spending bill in the same piece of legislation. Republicans are expected to block that legislation. Democratic leaders haven’t said what they will do next, but House Speaker Nancy Pelosi said there will be no partial government shutdown. One possibility is to propose the short-term spending bill on its own, which would likely pass both chambers.

Why is this debt limit fight happening now? Congress voted in July 2019 to suspend the debt limit until July 31, 2021, after which the prior limit of $22 trillion would be reset to include any new borrowing in the intervening years.

On August 1, the limit was reinstated around $28.5 trillion, the current level of total US debt, a figure that includes “debt held by the public” and debt held by government agencies. Since then, the Treasury has been unable to tap bond markets to raise new cash.

The Treasury has been using so-called “emergency measures” to conserve cash so the government can keep paying its obligations to bondholders, Social Security recipients, veterans and others. The measures to raise cash since August 1 have included redeeming certain investments in federal pension programs and suspending new investments in those programs.

Once those measures run out, the agency could begin to miss payments on the government’s obligations, which could trigger a default on US debt. Again, that won’t happen, but in the meantime, we will likely see a useless political spectacle between Democrats and Republicans.

This would allow them to move a bill through the 50-50 Senate with just a simple majority, rather than the 60 votes required of most legislation. However, it would be a complicated and potentially very time-consuming process, and it isn’t entirely clear it could be completed in time. But provided the Republicans show up and the bill gets a tie vote in the Budget Committee, a simple majority of the full Senate could vote to bring it to the floor, with Vice President Kamala Harris providing the tiebreaking vote.

The bottom line is Congress will vote, one way or the other, to increase the debt ceiling or suspend it again before the government defaults. One wonders why we even have a debt ceiling at all.

Debt Held by The Public Vs. Government Debt

Debt Held by the Public includes all U.S. government debt held by individuals (like you and me), foreign investors, U.S. and foreign corporations, non-profits, foreign governments, Federal Reserve Banks, etc., etc. Currently, the debt held by the public is just over $22.4 trillion.

U.S. Intra-Governmental Debt represents the other roughly $6.4 trillion (or nearly 25% of the total outstanding), which is owned by various U.S. government agencies. And herein lies the longstanding argument.

While there is no argument over the total outstanding debt amount of $28.8 trillion, most mainstream economists and the media argue that the $6.4 trillion in Intra-Governmental Debt should NOT count against our total national debt.

They like to argue this is “debt we owe to ourselves” since it is rarely ever repaid, so it should not count toward the national debt – and should not be included in calculations such as the debt-to-GDP ratio. To that, I say HOGWASH!

It’s ALL US debt backed by the full faith and credit of the government!! It ALL matures every so often and must be rolled over in the form of newly created Treasury securities (Treasury bills, notes & bonds). It ALL earns interest which is always paid in full.

So, no matter who owns it – whether it’s you or me, or some foreign government, or the US Defense Department (for example), every penny of outstanding Treasury debt is an obligation of the federal government.

To me this is a NO-BRAINER! The media just prefers that the general public doesn’t know how gargantuan our national debt really is. Keep this in mind next time somebody tries to tell you our national debt is only $22 trillion. We’ll top $30 trillion by this time next year!

Categories: Magazine Articles, Wealth ManagementBy AOA EditorNovember 1, 2021
Tags: Gary D. HalbertGovernmentMoney
ARCHIVED ARTICLES
Go to Top
We use cookies on our website to give you the most relevant experience by remembering your preferences and repeat visits. By clicking “Accept”, you consent to the use of ALL the cookies.
Do not sell my personal information.
Cookie settingsACCEPT
Manage consent