Is This the Beginning of the End of Draconian Rent Control? 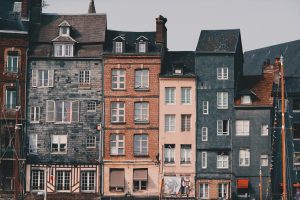 Photo by Maria Orlova from Pexels

The below article about rent control was written by James Burling, Opinion Contributor and Vice President of legal affairs at the Pacific Legal Foundation.

A century ago, the Supreme Court upheld the nation’s first rent control law in Washington, D.C. A year later, it did the same for New York’s “Emergency Housing Law.” Soon, the Second Circuit Court of Appeals will hear the most significant challenge in decades to New York’s latest version of its rent law.

The first rent control law responded to the housing shortage caused by the return of World War I veterans. A lot has changed. The Great War is over. Most of us have learned that no rent control law, no matter how well-intentioned, has managed to repeal two fundamental laws of economics: the law of supply and demand and the law of unintended consequences. Virtually all economists from across the political spectrum agree that rent control reduces the housing supply and inevitably leads to shortage-induced price increases.

Yet politicians also have learned that rent control can be immensely popular. As shortsighted as rent control might be, its perceived benefits can last at least through the next election cycle. For many renters, it doesn’t matter that they contribute to long-term distortions of the housing market, as long as their rents appear cheap.

The nation’s first rent control laws ended when the war concluded. When Washington tried to extend its law, the Supreme Court was not impressed: “[A] law depending upon the existence of an emergency or other certain state of facts to uphold it may cease to operate if the emergency ceases or the facts change even though valid when passed.” New York City declared a decade-long tax holiday for new housing construction to alleviate the lack of housing and exempted new units from rent control. Construction took off like Lindbergh’s airplane. By 1929, vacancy rates approached 8 percent. The lesson is simple: Free markets work.

But those lessons were forgotten by the time the next world war rolled around, and much of New York has had some form of rent control ever since. Recognizing that too strict rent control had led to the large-scale abandonment of buildings, New York ultimately enacted a kinder, gentler form of rent control — the so-called Rent Stabilization law of 1969. It was a system that regulated older buildings more strictly than newer ones, and contained exceptions designed to incentivize new housing construction and the improvement of older buildings.

But, alas, those reforms were a thorn in the side of renter advocates who agitated for a return to the era of stricter controls.

In 2019, they prevailed and New York adopted punitive new rent regulations. The 2019 law severely limits the ability of landlords to raise rents to recover costs invested in apartment infrastructure improvements. There are new limits on the amount of money that can be spent on improvements, and only some of those costs can be recovered — over a period of 30 years. Non-paying tenants can have up to a year of eviction-free housing if they can prove certain hardships. Further, the 2019 law made several provisions of the existing law more draconian — including requirements that a property be devoted to residential rental in perpetuity, with the owner effectively unable to reclaim the property, devote it to a different purpose, or tear it down and build a new structure, and the requirement that the incumbent tenant has a right to renewal and ability to pass down the tenancy to others.

These and other changes bring rent stabilization closer to the rent control of old and highlight the danger of adopting any form of “rent control lite” because it is only a gateway to the harder drug of confiscatory rent control.

Landlords represented by the Community Housing Improvement Program, or CHIP, and the Rent Stabilization Association (RSA) in New York, sued. They argue that because the new law represents such dramatic destruction of their property interests, the old cases upholding rent control are no longer controlling.

The law is an unconstitutional violation of the Fifth Amendment’s Takings Clause. First, it forces landlords to suffer the continuing presence of under and non-paying tenants.

Earlier this summer, the Supreme Court held that government regulations that allow non-consensual physical invasions by third parties are a violation of the Takings Clause. A week later, the court suggested that San Francisco’s law that forced a couple to give a lifetime lease to a tenant might violate the same rule. Are underpaying tenants that a landlord cannot remove any different?

Even if the New York law doesn’t affect a physical invasion taking, the court should carefully consider whether there has been a regulatory taking. Three factors must be considered: the “economic impact” of the regulation, the “investment-backed expectations” of the owners, and the “character” of the regulations. The economic impact of rent stabilization on the owners can be harsh; with the new law, it can be draconian. And while landlords could expect some form of rent control, their expectations of reasonableness have been shattered.

Lastly, the character of a regulation that forces landlords alone to bear the costs and burdens of the city’s mismanaged housing policy is surely dubious. The landlords also have argued that the law deprives them of due process because it is irrational — which shouldn’t be a difficult argument to make considering that rent control is the most irrational of all government policies.

The trial court gave short shrift to all these arguments. Instead, it focused on whether the regulations have been applied in all their force to the affected landlords. Since the CHIP and RSA plaintiffs brought facial claims — meaning that they argue that the law on its face violates the Constitution — the court rejected those claims. For those claims brought by other landlords on an as-applied basis, the court saw no fully-developed injuries. Of course, if the landlords waited until their injuries were fully accrued, the city undoubtedly would argue that their claims are too late.

For the first time in over a century, the Second Circuit Court of Appeals will have an opportunity to put limits on runaway rent control laws. When it hears the oral arguments, we should learn the fate of these new draconian rent regulations.

(The views expressed by contributors are their own and not the view of The Hill.)

Pacific Legal Foundation (PLF), is a national nonprofit legal organization that defends Americans threatened by government overreach and abuse. Founded in 1973, PLF challenges the government when it violates individual liberty and constitutional rights. With active cases in 39 states plus Washington, D.C., PLF represents clients in state and federal courts, with 12 victories out of 14 cases heard by the U.S. Supreme Court. For more information, visit www.pacificlegal.org. Reprinted here with permission from Pacific Legal Foundation. To join the fight against rent control, click here.

Categories: Magazine Articles, Rent ControlBy AOA EditorNovember 1, 2021
Tags: James BurlingRent Control LawUnconstitutional
ARCHIVED ARTICLES
Go to Top
We use cookies on our website to give you the most relevant experience by remembering your preferences and repeat visits. By clicking “Accept”, you consent to the use of ALL the cookies.
Do not sell my personal information.
Cookie settingsACCEPT
Manage consent