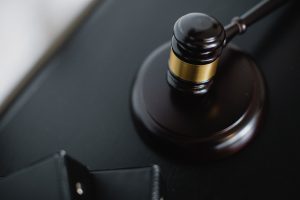 Photo by Sora Shimazaki from Pexels

As reported in the L.A. Times, one of the region’s largest apartment builders has sued the city of Los Angeles over its COVID-19 Eviction Moratorium saying that his companies have experienced “astronomical” financial losses and are legally entitled to compensation from the city.

Geoffrey Palmer, owner of GHP Management Corporation, said in its lawsuit that 12 buildings it manages have experienced more than $20 million in lost rental income as a result of the measure. GHP, which filed the lawsuit along with several other Palmer companies, expects that number to triple by the time the moratorium’s provisions have expired.  GHP Management owns more than 15,000 apartments in Southern California.

Palmer’s companies allege that the moratorium – put in place by Mayor Eric Garcetti as an “emergency order” and then approved as an ordinance by the City Council – violated the “takings clause” in the 5th Amendment, which states that private property shall not be taken for public use without “just compensation.”  Palmer’s companies said they are entitled to more than $100 million.

“While the eviction moratorium protects tenants who are unable to pay rent due to circumstances related to the COVID-19 pandemic, it arbitrarily shifts the financial burden onto property owners, many of whom were already suffering financial hardship as a result of the pandemic and have no equivalent remedy at law,” said the lawsuit, which was filed in August.

GHP has filed a second lawsuit over anti-eviction measures enacted by Los Angeles County and the State of California. That case seeks another $50 million and deals with apartment buildings in Santa Clarita.

In the lawsuit against the city, his attorneys said the eviction moratorium had led to rent losses of more than $2.7 million at one project in downtown Los Angeles; nearly $2.8 million at a 526-unit complex along the 101/110 Freeway interchange; and nearly $3.9 million at an apartment property in Woodland Hills.

Because of the city’s ordinance, lenders have refused to refinance loans on properties managed by GHP, causing additional economic harm, the lawsuit said.

Palmer’s companies also contend that they will have little success in recouping losses from their tenants after the one-year grace period that follows the end of the city’s COVID-19 emergency.

Category: UncategorizedBy AOA EditorSeptember 1, 2021
Tags: LandlordMoratoriums
ARCHIVED ARTICLES
Go to Top
We use cookies on our website to give you the most relevant experience by remembering your preferences and repeat visits. By clicking “Accept”, you consent to the use of ALL the cookies.
Do not sell my personal information.
Cookie settingsACCEPT
Manage consent