Legal Q & A by Richard Beckman 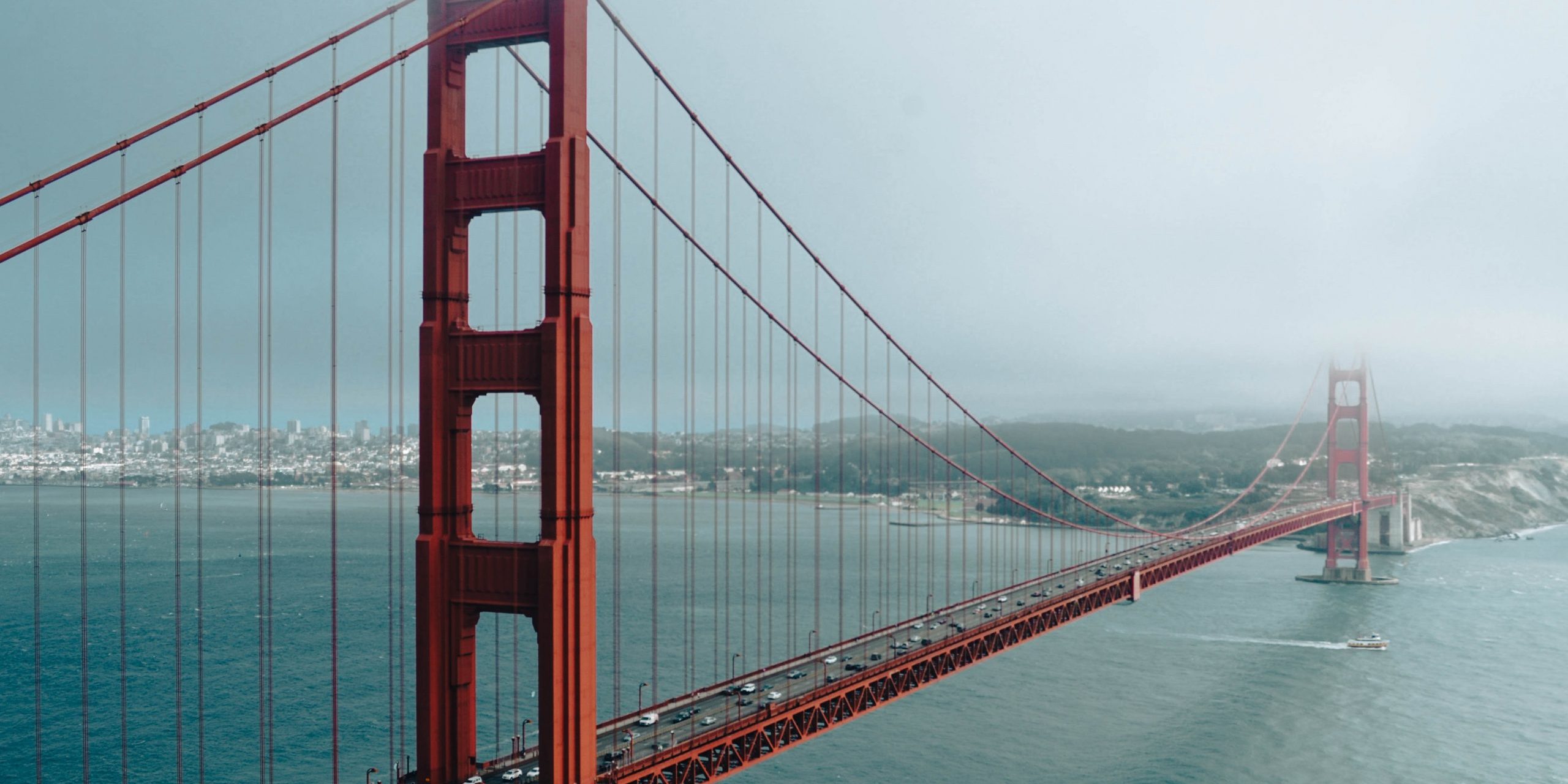 Question 1:  Is there any indication that the eviction moratoriums in Oakland, Berkeley and Alameda County are going to be removed anytime soon?

Answer 1: None that are apparent. It is discouraging that in those jurisdictions, the original pandemic-related eviction moratoriums have not been revisited, either for repeal or revision, based on the change in the economic and medical environment since March of 2020, when those initial measures were enacted.

Nearly every jurisdiction in California has allowed any previous restrictions on evictions to lapse, mostly in reliance on the comprehensive state statutes that addressed the economic impact of the pandemic on tenants. However, Alameda County, Berkeley and Oakland continue their nearly total ban on evictions, other than for those based on the state Ellis Act, or on a tenant threat to public health and safety. And Berkeley purports to limit evictions solely to public health and safety threats (an effort that will be subject to a court’s review when an owner undertakes an Ellis Act eviction after July 1).

It is even more discouraging that at a recent Alameda County Board of Supervisors meeting, the issue of reviewing the need for continuing restrictions was not even allowed to be brought up for discussion. While two of the five Supervisors sought to have that issue on the agenda, the remaining three rejected that opportunity to review changes to the county’s COVID-19 eviction moratorium. On a 3-2 vote, supervisors simply rejected the invitation to have the issue discussed before and with their constituents. Given that public participation was high, particularly by property owners, it was an insult to the community, and the legislative process, to simply ignore the need to have that debate.

Question 2: Have there been any lawsuits challenging any of the various Covid eviction restriction laws. If the politicians won’t help, will the courts?

Answer 2:  There are at least two lawsuits recently filed challenging eviction restrictions. In San Francisco, property owners sued the city to invalidate the recent rent ordinance amendment that imposed a new 10 day ‘pre-notice notice’ requirement on lessors prior to serving the standard three-day notice to cure or quit. San Francisco Apartment Assoc. et al. v. City and County of San Francisco, Superior Court Case No. CPF-22-517718. The superior court had previously ordered that the measure be ‘stayed’ (not enforced) pending further review. Upon further review, the court recently issued its final order, which was to find the 10-day notice period invalid in the case of non-payment of rent cases, but otherwise permissible under the City’s inherent powers to regulate aspects of life within its borders.

In Williams v. Alameda County Board of Supervisors and City of Oakland, filed in federal court, as case 3:22-cv-01274-LB, plaintiffs seek to have both jurisdictions’ near-total eviction bans declared invalid and unenforceable as violations of various constitutional provisions. While the SF case proceeded quickly under a procedure called Writ of Mandamus, it appears the east bay effort is taking the more traditional approach, allowing for discovery and pre-trial proceedings, so a decision there may not be imminent. But stay tuned…

Question 3: We have a 14-unit apartment building in a residential area of Alameda (the city). There is not a public gathering area, though there is a laundry room for the tenants’ use on the property. Do we have to be concerned with ADA access compliance?

Answer 3: While that is a challenging question for the Q&A forum, according to the Americans with Disabilities Act (ADA) website, laundry equipment must have audible indicators or a means for a visually impaired person to communicate and receive assistance; there must be visual indicators for those who are hard of hearing. Laundry rooms must also have accessible routes to amenities such as vending machines and folding tables. The link is found below:

Question 4: I heard that Alameda County just passed a no smoking law. Can you share any details on that new law?

Answer 4: In response to health concerns regarding secondhand smoking, Alameda County has enacted an ordinance that took effect on July 1, 2022 prohibiting smoking in multi-unit housing, but limited to multi-unit housing located in the ‘Urban Growth Boundary’ of the Unincorporated Area of the County, including Ashland, Cherryland, Fairview, Castro Valley, Hayward Acres, and San Lorenzo.

Multi-unit housing refers to a lot with two or more units, including apartments, townhomes, condominium complexes, senior and assisted living facilities, long-term health care facilities, hotels, and motels. As of July 1, 2022, residents and their visitors are not allowed to smoke:

Under the ordinance, property owners, landlords and others responsible for establishing rules in a multi-unit residence must:

Tenants found to be in violation are expected to receive up to three notices from the County’s Public Health Department (ACPHD) offering information and smoking cessation resources. If smoking violations continue, the County’s Community Development Agency (CDA) may issue fines for additional violations, beginning with a $100 fine for a first violation in a three-year period, $200 for a second violation, and $500 for a third.

This however does not prohibit or prevent landlord from designating smoking areas for their tenants. Owners or property managers may create a designated smoking area so long as it:

Additionally, residents may smoke cigarettes and use electronic smoking devices on streets or sidewalks that are at least 25 feet from a multi-unit residence, unless another law or policy prohibits smoking in these areas.

For lots that are one acre or larger, a designated smoking area does not need to have a clearly marked border or signs.

Landlords and property owners are not liable for a tenant’s violation of the smoking law so long as they have posted no smoking signs, notified tenants, and otherwise complied with the law. If the smoking continues, violators may be subject to fines and/or prosecution. It should be noted that landlords cannot evict a tenant for violating the ordinance until the tenant has received at least three notices of violation from the County. While the ordinance does not mention the current eviction moratorium, it may be reasonably anticipated that the three notices of violation will meet the ‘public health and safety’ exception.

Answer 5: Generally, at the expiration of a fixed-term lease, and without an agreement to the contrary, whether in the lease itself or outside, the tenant is ‘holding over’ and an unlawful detainer (eviction lawsuit) could be filed the next day without any notice. However, in these situations I always recommend that the landlord notify the tenant that the lease is expiring and will not be renewed, and that the tenant is expected to vacate at the expiration of the lease. I believe that is all that is necessary, and it appears you undertook that effort.  And since the tenancy was less than one year, the ‘just cause’ requirements of AB 1482 would not apply, since after the tenant is in possession for at least one year, the expiration of the lease would no longer allow for an eviction solely on that ground.

Answer 6: As you seem to know, the only evictions currently allowed in Oakland and Alameda County are those based on public health and safety concerns. Whether your situation rises to the level that would allow the court to issue a summons is very fact specific. It is not clear exactly what level of disturbance will rise to the public health and safety level, at least in the court’s eyes. If tenants are significantly affected, then it is probably worth making the effort. However, only a more detailed analysis would allow one to make any firm recommendation one way or the other. Unless the downstairs tenant was really disruptive, in terms of the level of banging and frequency etc., a court would likely consider this a fairly normal tenant versus tenant issue, rather than a health and safety concern. If that was the extent of the complaint, I would probably not waste the effort on seeking an eviction. But if other tenants complain, or if it is really a daily occurrence, then obviously something needs to be done, and if the lower tenant refuses to stop banging etc., then there would be no alternative but to bring it to the court.

Richard Beckman, of Beckman Feller & Chang P.C., has been practicing landlord-tenant law for over 26 years, primarily in rent-controlled jurisdictions such as San Francisco, Oakland and Berkeley. He represents clients in a broad range of real estate-related disputes, including partition of co-ownership interests, purchase contract disputes, insurance coverage analysis and land use. Mr. Beckman also specializes in all aspects of landlord-tenant issues, representing landlords and tenants in residential and commercial matters. He can be reached at 510-548-7474; email [email protected] or by visiting the website www.bfc-legal.com.

Categories: Current Events, Landlord/Tenant Law, NorCalBy Israel PeredaSeptember 1, 2022
ARCHIVED ARTICLES
Go to Top
We use cookies on our website to give you the most relevant experience by remembering your preferences and repeat visits. By clicking “Accept”, you consent to the use of ALL the cookies.
Do not sell my personal information.
Cookie settingsACCEPT
Manage consent