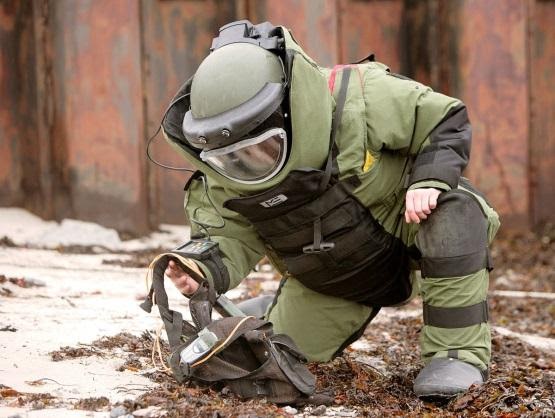 A Beaverton, Oregon man who threatened to kill his landlords and used mercury to deter people from entering his apartment has been sentenced to 40 years in prison, a sentence “commensurate to the danger he posed to his neighbors in the community,” according to the U.S. Attorney for Oregon.

Jason Paul Schaefer, 28, of Beaverton, Oregon, was sentenced to 40 years in federal prison and 5 years’ supervised release for detonating an improvised explosive device on October 11, 2017, and assaulting two members of the Portland Joint Terrorism Task Force (JTTF), according to a release.

In May 2019, Schaefer was convicted after a six-day trial of two counts of assaulting a federal officer and one count each of carrying and using a destructive device during and in relation to a crime of violence, carrying and using an explosive during the commission of a federal felony, unlawful transport of explosive materials, possession of an unregistered destructive device and being a felon in possession of explosives.

“The government may never fully know why Mr. Schaefer amassed a large quantity of dangerous precursor chemicals and the components needed to make a large, remote-detonating bomb. What we do know is that on October 11, 2017, he tried to kill two federal task force officers attempting to make a lawful arrest,” said Billy J. Williams, U.S. Attorney for the District of Oregon, in a release.

“We owe a debt of gratitude to the JTTF agents and partners and our prosecutors for protecting our community by taking this violent criminal off the streets. This prosecution affirms the critical public safety mission of the JTTF and the need for continued and active participation of all federal, state and local partners,” Williams said in the release.

Man Who Threatened to Kill His Landlords

According to court documents and evidence presented at trial, FBI Portland determined that Schaefer had purchased several items that could be used to make a bomb. The threat to kill his landlords and the use of mercury led to Schaefer being arrested and prosecuted for illegally possessing body armor.

Federal agents and task force officers executed a search warrant on Schaefer’s Beaverton apartment in October 2017, according to the release. Schaefer arrived that morning at a meeting with his probation officer to find two federal agents there to meet him. They notified Schaefer of the warrant and asked if his property was booby trapped. Schaeffer told the agents that it was not and the search commenced.

After a brief conversation with the agents, Schaefer departed in a white sport utility vehicle. The agents followed Schaefer, but lost him. Meanwhile, agents searching Schaefer’s apartment found several explosive precursors and electronic matches. While the search was ongoing, Schaefer returned to the apartment and threatened a task force officer before fleeing, according to the release.

The officers approached Schaefer on foot and ordered him out of the vehicle. Schaefer did not comply, threatened to kill the officers and ignited an explosive device concealed in a cigarette pack. The blast caused significant injury to Schaefer’s hand and sent debris flying into one of the officers, who suffered bodily injury. Following the explosion, Schaefer was arrested and officers found a second cigarette pack containing explosives in his vehicle.

Category: UncategorizedBy AOA EditorMarch 1, 2020
Tags: LandlordsRentalhousingjournal
Go to Top
We use cookies on our website to give you the most relevant experience by remembering your preferences and repeat visits. By clicking “Accept”, you consent to the use of ALL the cookies.
Do not sell my personal information.
Cookie settingsACCEPT
Manage consent