Nearing The End of a Cycle – by Bruce Norris

The healthy increase in real estate prices have been accompanied by some very unusual charts.

For the past seven years, the United States has enjoyed a growing economy. The GDP gains have been less than during a normal recovery, but things have been gradually improving. 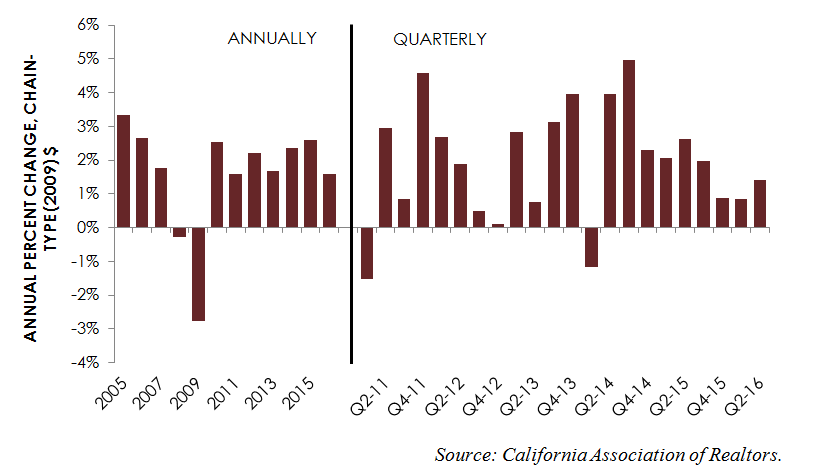 Unemployment has gone from nearly 10% to below 5%. Anything below 5% unemployment is generally considered “full employment.”

It will be very interesting to see how fast the FED raises rates this year and what affect the rate hikes will have on the economy. My feeling is that the FED is raising interest rates, not so much to combat impending inflation concerns, but to have something to take back when the next recession hits.

The Fed has raised interest rates three times in the past two years after seven years of no changes at all. Every change in interest rates has become a “media event”. We have become so used to no volatility that any rate hike seems to create quite a stir. The year I got into the real estate business, the FED changed rates 21 times in 12 months!

So, in 2017, with technically full employment in place, we are finally ready to raise rates. It will be very interesting to see the pace of the rate increases in 2017. The most aggressive estimate has the Fed Fund rate at 2% by the first quarter of 2018.

Here’s a chart of past presidents and job creation or job loss that leads to a recession. We have had seven consecutive years of job growth.

If we do have a recession in 2018, what’s likely to happen to interest rates? 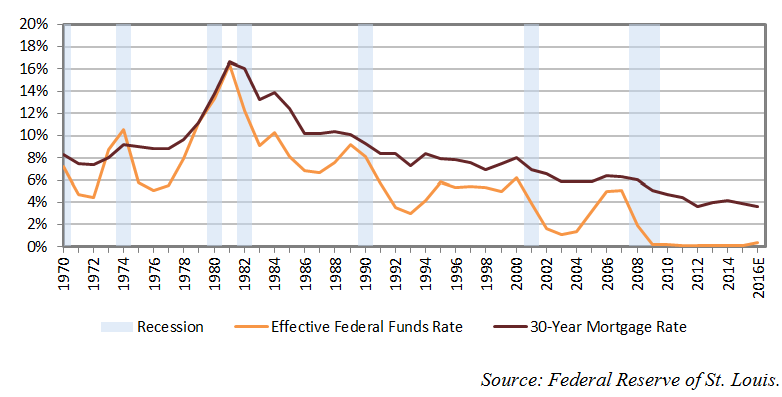 I think we will have a recession in 2018. If we do, the Fed will take back all of the rate hikes and, if past history is followed, dip into negative rates in the last half of 2018.

That will be a very interesting development for the real estate industry! Normally, real estate suffers when we have a recession. This time, I’m not so sure that will happen. There are three reasons:

1.  During a recession, we normally have a large increase in the number of foreclosed properties and the MLS gets flooded with REO listings. That won’t happen this time. Lending policies have been very strict since the crash. Nearly 100% of the loans have fixed interest rates. Unlike the last boom in prices, owners have not taken out equity lines. The owners of real estate are sitting with a lot of equity and a payment based on a loan of either a 3 or 4% interest rate. My bet is that foreclosures will go up but nowhere near enough to impact prices

2.  Builders usually build like crazy during price booms and then have huge unsold inventories they have to get rid of when recessions occur. That won’t happen this time either.

Single family construction never took off during the real estate comeback, so there will be a very mild amount of unsold inventory to deal with in the event of a recession. 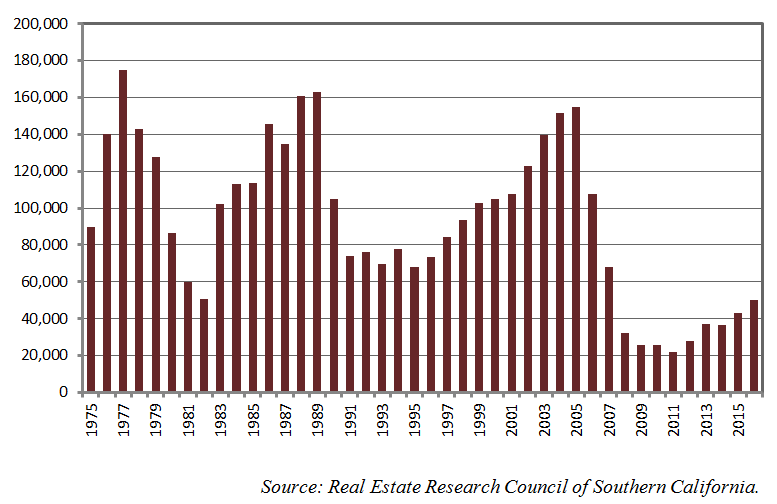 3.  Reacting to a recession, the FED usually lowers the FED fund rate by 4% points. If history repeats itself, the industry that will benefit the most is real estate. For a short period of time, you will have the chance to refinance your home mortgage with a rate that starts with a 2! You’ll be able to refinance your rentals with a rate in the 3s.

Category: UncategorizedBy AOA EditorMay 1, 2017
Go to Top
We use cookies on our website to give you the most relevant experience by remembering your preferences and repeat visits. By clicking “Accept”, you consent to the use of ALL the cookies.
Do not sell my personal information.
Cookie settingsACCEPT
Manage consent