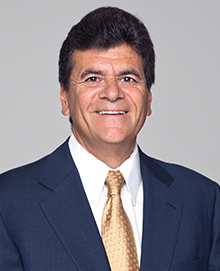 Hello everybody.  Most everyone hopes that 2022 will bring about world peace, tenants who pay their full rent on time each and every month, and an end to the COVID-19 virus.

As the legal writer for the Apartment Owners Association, my hope for AOA members is more modest, but nonetheless extremely important.  In fact, it is the same hope (and recommendation) I have had for AOA members for the past 21 years as proposed in my annual January column of this magazine:  Prepare and sign a written employment contract with each of your resident managers.

Failure to comply with the new 2022 California statewide wage, hour, and rent laws can seriously harm landlords financially as it is commonplace for lawyers representing resident managers to sue for, or at least threaten, damages ranging from $200,000 to $300,000 for unpaid wages, excessive rent charges, penalties, attorneys’ fees, etc., and actually recover $100K to $150K.

In light of claims such as those, not to mention complaints managers themselves may file with the California State Labor Commissioner, it is important that AOA members understand the new 2022 labor laws and sign written contracts with their managers to avoid liability.

Wages:  Beginning January 1, 2022, the California statewide minimum wage increases to $14.00/hour for employers with fewer than 26 employees, and increases to $15.00/hour for employers with 26 or more employees.  Certain cities, including San Francisco, Oakland, Berkeley, Santa Monica, Santa Clara, San Diego, Malibu, Emeryville and Cupertino, to name a few of the many, have even higher minimum wages that employers must pay to employees.

The minimum wage for resident managers in the City of Los Angeles is $15.00/hour regardless of the number of employees the employer employs.

If a city has a wage requirement higher than California’s minimum wage, employers must comply with the city’s higher amount.

Rent reduction credit toward wages:  If the employer has less than 26 employees, the maximum allowable reduction in rent during 2022 that can be credited toward the minimum wages owed is $790.67 per month for a single manager and $1,169.59 per month for an employed couple.

If the employer employs 26 or more employees, the maximum allowable reduction in rent during 2022 that can be credited toward the minimum wages owed is $847.12 per month for a single manager and $1,253.10 per month for an employed couple.

Maximum Rent:  If the employer has less than 26 employees, the maximum rent in 2022 which can be charged to a manager who must reside in the apartment complex as a condition of employment is $790.67 per month for a single manager and $1,169.59 per month for a couple (living in the same unit).  Employers with 26 or more employees may charge rent up to but not exceeding $847.12 (single manager) and $1,253.10 (couple) during 2022 if the manager(s) is/are required to live on site.  There is no minimum amount of rent which must be charged to any on-site manager.

The remainder of this article will assume that the employer has less than 26 employees.  If the employer has 26 or more, legal counsel should be sought to discuss the applicable laws because they are different and more onerous.

Employee, Not Independent Contractor.  Bear in mind that a resident manager is an employee, not an independent contractor, of the owner or management company who hired the manager.  As such, the employer must pay the manager in accordance with applicable employee minimum wage laws.

Decades ago, the California Industrial Welfare Commission (IWC) promulgated wage, hour and rent laws for resident managers.  The IWC provided that substantial sanctions could be imposed on an employer who did not pay a manager the proper minimum wage.  Of those, one of the most oppressive sanctions (which still applies) is that if the owner or management company does not obtain the manager’s signature on a properly drafted agreement, the free rent the owner or management company gives the manager in lieu of wages cannot be legally credited (i.e., offset) against the wages the manager otherwise earns.  That means that the errant employer will have to write a check to the manager for what may amount to tens of thousands of dollars for back wages, plus penalties, if a written employment contract does not properly provide that the free rent will be credited against the minimum wage.  Insurance will not cover that indebtedness.

Although the IWC is no longer in existence, the courts and the California Division of Labor Standards Enforcement (i.e., the Labor Commissioner) now enforce the IWC’s Wage Orders against employers of resident managers.

Here are the two general California statewide rules for 2022:

Rule No. 1: Payment of Minimum Wage:  Virtually all resident managers are governed by California’s minimum wage and hour laws which require that they be paid at least $14.00 per hour for each hour they work.  Managers who work more than 8 hours per day, 40 hours per week, or more than 6 consecutive days in a row, are entitled to receive “time and one-half” overtime pay at $21.00 for each excess hour.  Double time payment may also be required in some circumstances.  As noted previously, many cities impose a higher minimum wage than $14.00/hour.

Rule No. 2:  Maximum Rent that May Be Charged: During 2022, if one or more managers are required to live at the property as a condition of employment, their rent may not exceed $790.67 or $1,169.59 per month, depending whether one manager or a couple is hired.

Also, preprinted form agreements are not recommended because usually they will not comport with all of California’s 2022 applicable laws, let alone the fact that they typically will not comply with the applicable local city ordinances.

Additionally, because there are so many variations in the terms and conditions of employment of any individual manager, preprinted forms will almost never adequately cover them.  That means that years later the manager may sue to recover unpaid wages plus monetary penalties against employers who use deficient preprinted forms.

Exception to Having to Pay Minimum Wage: There is an exception under California law to the general rule that a manager must actually be paid wages for the hours he or she works.  The exception involves a credit against the wages due in exchange for the employer providing the employee with free rent for the manager’s on-site apartment.

An employer may reduce the payment of the monthly wages owed by the lesser of (1) two-thirds the ordinary rental value of the unit, and (2) $790.67 per month if one manager is employed, and $1,169.59 per month if a couple is employed, such as a husband and wife, management team.

Stated in a slightly different manner, the credit to the payment of wages is capped at $790.67 per month for one manager and $1,169.59 per month for a couple even though the rent reduction of the apartment unit might be substantially more than either of those amounts.

Bear in mind that the above rent reduction credits to payment of the minimum wage does not apply unless a legally sound contract is signed by the parties.

Categories: Magazine Articles, New LawsBy AOA EditorJanuary 1, 2022
Tags: Dale AlberstoneResident Manager Laws 2022
ARCHIVED ARTICLES
Go to Top
We use cookies on our website to give you the most relevant experience by remembering your preferences and repeat visits. By clicking “Accept”, you consent to the use of ALL the cookies.
Do not sell my personal information.
Cookie settingsACCEPT
Manage consent