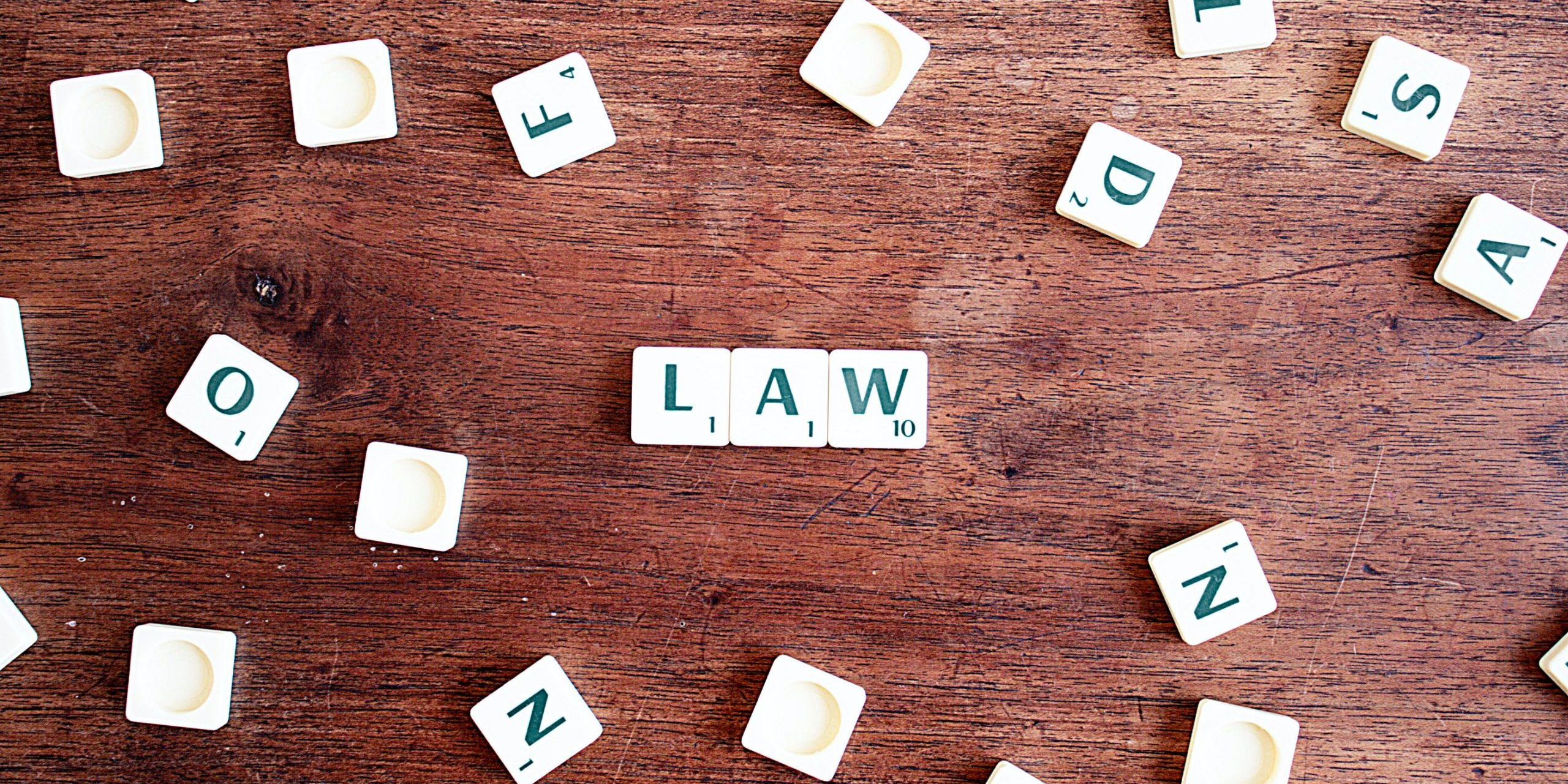 Regular readers of this space know that Attorney Dale Alberstone, who for many years has dispensed practical resident manager wisdom and advice to AOA readers, traditionally writes this annual update article. Dale announced his retirement last year, and I have been asked to step in. I consider it a privilege.

I want to start by publicly thanking Dale for his countless, professional kindnesses. Enjoy retirement, Dale.

The Basics: Apartments with 16 or more units without an owner on site must have a “manager, janitor, housekeeper, or other responsible person” living on premises. Because state law provides no particular guidance as to this person’s responsibilities or work schedule, there exists considerable elasticity in this role – but be mindful that some cities have their own local requirements. For example, West Hollywood requires the manager to work at least four hours per day on weekdays and to post his hours. Always be careful to check for local requirements.

Wages: Make sure you update your contracts to comply with the new minimum wage. As of January 1, 2023, the state minimum wage is increasing to $15.50 per hours (not $15, as previously expected). But many cities and some counties have their own minimum wage requirements, including Los Angeles, Santa Monica, San Francisco, Oakland and San Diego. As of July 1, 2022, the minimum wage in the City of Los Angeles became $16.04 per hour and $15.96 in unincorporated areas of Los Angeles County. Unlike in past years, it no longer matters how many employees you have.

Failing to pay the minimum wage will entitle your manager not only to the amount needed to make up the shortfall, but to double that amount. Also, don’t forget about overtime. Someone who works more than 8 hours in a day, 40 hours in a workweek, or seven days in the same workweek is entitled to be paid overtime. People often overlook this last one, but it is not uncommon for a resident manager to work weekdays and show apartments on weekends. If so, he may have a seventh day overtime claim. Overtime typically must be paid at time-and-a-half, meaning if you are paying $16.04 per hour, the overtime rate would be $24.06.

Paying resident managers properly is complicated, in part because there exist two different legal sources that govern payment issues. The first consists of regulations in the form of a “Wage Order” promulgated by the Industrial Welcome Commission (IWC). Although the Legislature long ago defunded the IWC – which it had established to regulate working conditions in California – courts continue to give “extraordinary deference” to the IWC’s Wage Orders. The second source is the Labor Code. Taken together, they impose many rules and heavily penalize employers who violate them.

Rent Credit :  The rules allow you to pay a resident manager with a rent credit – which means, in effect, discounting the manager’s rent and applying the discount towards his wages – if you have a properly drafted written contract that allows you to do so. If you don’t have a proper written contract, you cannot use a rent credit. Put another way, without a proper written agreement allowing you to use a rent credit, you could provide your resident manager with a brand new free luxury apartment – one that comes with a valet, doorman and concierge, and is worth far more than any wages earned – yet the law will not credit you with having paid a dime. In fact, to the contrary – the law will view you as owing him unpaid wages and various liquidated damages and penalties.

Assuming you have a proper written contract allowing you to use a rent credit, the law still limits the amount of the rent credit you can apply towards a resident manager’s wages as of January 1, 2023 to the lower of:

These numbers come from the Wage Order I mentioned above.

The law also limits how much rent you can charge a resident manager who must live on-site. As of January 1, 2023, those amounts, again, are $847.12 for an individual manager and $1253.10 for a couple management team. If you want to use a rent credit to pay wages and charge rent, I suggest you consult a lawyer. There exists ambiguity in the law regarding the exact interplay between the rent credit cap and the cap on rent, so a lawyer may be able to discuss different options with you. Parenthetically – and I admit I am “borrowing” this from Dale Alberstone’s old articles – if you want to make sure your lawyer knows this area of law, ask him to tell you what the court decided in a case called Brewer v. Patel – and listen carefully for an awkward pause.

Check Exchange: You also can pay your manager through a “check exchange,” in which you do not use a rent credit at all. Instead, you pay your manager for his hours and, separately, the manager pays rent. There is no offsetting one for the other. If you use a check exchange, the Wage Order’s cap on how much rent you can charge a resident manager ($847.12 and $1253.10, described above) does not apply; rather, you can charge rent of up to two-thirds of the fair market rental value of the apartment. Accordingly, depending on the apartment’s value, using a check exchange instead of a rent credit may be financially advantageous.

You must collect and maintain your resident manager’s time records. You must collect and maintain your resident manager’s time records. No, that’s not a printing error; I repeated it for emphasis. The law requires you, as employer, to maintain records that show, on a daily basis, when your manager started and stopped working and, of course, his total hours. I totally get it if you now are thinking, “Really? Are you serious?” But the answer is “yes” and “yes.” As impractical and unwieldy as this requirement is for resident managers, the law nonetheless requires it. In addition, having time records is for your benefit – they will be your front-line defense against potential claims that you did not pay the manager for all his hours.

Please note that if you hire a couple, you must separately pay each member of the couple for his or her time. So, you should collect time records from each of them and pay each of them accordingly.

Employees must be paid at least twice per month and should receive a “wage statement” with each payment that includes, among other information, the total hours worked (another reason you need the time records). It is important to realize that even if you pay with a rent credit (and do not write a check), you still are paying wages; the rent credit is payment. The wage statement should show the rent credit as payment.

Although this will not apply to many resident managers, those who work more than five hours in a day must be provided a 30-minute meal break no later than their fifth hour of work. This means someone who starts working at 8 a.m. and continues to work straight must be afforded a meal break no later than 1 p.m. Make sure your resident manager knows he can and should break for lunch in such situations and that he records on his time sheet the start and stop times of his meal breaks. If someone is entitled to a meal break and his time records do not reflect one, the law will presume he did not receive it. This could make you liable for meal break penalties.

If your resident manager must use a cell phone for work – which is the operative assumption these days – you must reimburse him some portion of his cell phone expenses. This is true even if he is paying a flat monthly cell phone fee that he would pay anyway. You may also need to reimburse Wifi charges if he pays them and must use Wifi for the job.

One more change in the law – as of June 30, 2022, all employers with more than five employees must offer a retirement plan to their workers. Companies that don’t must enroll in CalSavers, the state-sponsored individual retirement account, or face fines. If an employer adopts the CalSavers plan, all its W-2 employees are eligible to participate (including part-time workers). This will include resident managers, who always should be considered W-2 employees, not independent contractors.

Wishing everyone a healthy, prosperous and frustration and moratorium-free new year.

Gary Ganchrow Chairs the Litigation Department at the 110-year-old downtown Los Angeles law firm of Parker Milliken Clark O’Hara and Samuelian, has served as an Adjunct Professor at the USC School of Law, and is a frequent contributor to AOA Magazine. He regularly advises on, litigates and writes about a variety of employment, property management and business matters, and can be reached at 213-683-6535 and [email protected] This article is for informational purposes only and should not be considered legal advice or establishing an attorney-client relationship.

Categories: Current Events, Landlord/Tenant Law, SuccessBy Israel PeredaJanuary 1, 2023
ARCHIVED ARTICLES
Go to Top
We use cookies on our website to give you the most relevant experience by remembering your preferences and repeat visits. By clicking “Accept”, you consent to the use of ALL the cookies.
Do not sell my personal information.
Cookie settingsACCEPT
Manage consent