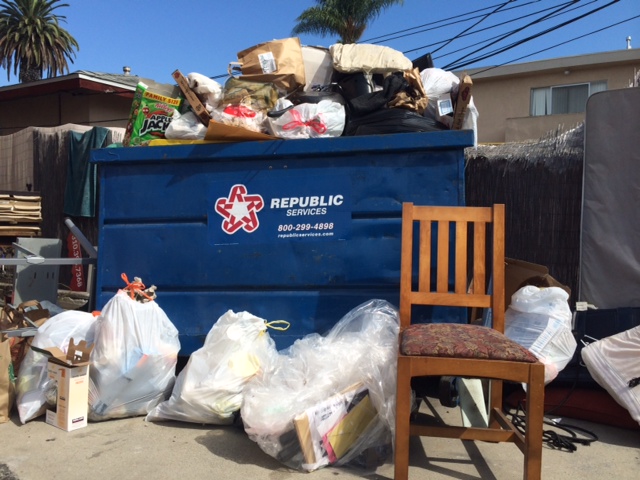 We are the owners of a small apartment building in the Palms area of Los Angeles.  We spent a lot of time and effort contracting with Republic Services to get a rate for trash removal at our building.  We signed a contract that we felt was fair – the monthly trash pickup for two times per week was $226.

Now, we find out that contract was terminated by the City in order to allow a non-competitive trash hauling in the city. We received the information from the trash hauler, that Athens was awarded the contract for the Palms area.  Their monthly price is to be $1,012.64 for the same service that Republic provided.  That figure is almost five times the previous rate.  How can this be?

Why have you negotiated our right to competitively bid with companies that haul trash?  Where did these new rates come from?  How could Republic do the work for $226 that Athens wants $1,012.64 for?

Obviously, based on all the stories appearing in the L.A. Times and Apartment Owners Association newsletter, we are not alone in our frustration at this very unfair process.

We believe the City has to roll back their decision to take away our ability to negotiate the prices for trash removal.  The schedules we have seen are obscene, (i.e. –for them to click a button to open a gate, the charge is $173.22 per month!)

Please let me know what you plan to do about this absolute nightmare.  Thank you for your consideration.

Attached are copies of Athens’ proposal and a copy of our Republic bill.

P.S.  The trash at the building was not picked up on Friday as scheduled.  I called on Saturday and was promised by George that it would be picked up that day. It is now Monday and there has been no trash pickup.

P.P.S. Athens has not replaced the Republic Services trash bin yet with their own trash bin.  It has been reported at least three times to Athens that Republic’s bin has only three wheels.

Category: UncategorizedBy AOA EditorNovember 1, 2017
Go to Top
We use cookies on our website to give you the most relevant experience by remembering your preferences and repeat visits. By clicking “Accept”, you consent to the use of ALL the cookies.
Do not sell my personal information.
Cookie settingsACCEPT
Manage consent