Prediction For 2030: A Government Take-Over of Rental Housing By Roger Valdez 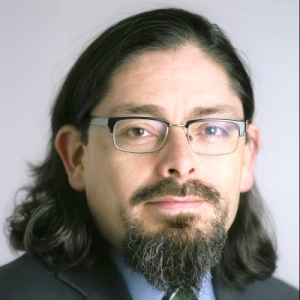 Keeping a resolution is difficult and so is making an accurate prediction about the year ahead; I tend to avoid doing both at the New Year. But I have a prediction about housing. The United States may see the nationalization of private rental housing by the end of this decade. Through apparently disparate and incremental steps, housing is becoming the new health care, the subject of fundamental debate about whether everyone should have access to it regardless of ability to pay. The ideological and economic implications of this debate are no less consequential to our future; will we become a socialist country or will we keep a free market.

What do I mean by “nationalization” of housing? I mean that by 2030 we could see a housing economy in which federal, state, and local government set such limits on rental housing – its financing, development, and management – that, in effect, government will own and operate most rental housing in the United States. But isn’t this a drastic assessment or hyperbole? Here is why I think it isn’t.

The Premise– Like health care or access to health care, those on the left are currently calling housing a “human right.” The National Economic and Social Rights Initiative (NESRI) says, “It is the government’s obligation to guarantee that everyone can exercise this right to live in security, peace, and dignity.” The book, In Defense of Housing argues against what it calls the commodification of housing, meaning the same thing: everyone is entitled to some kind of housing.

The Emergency– Rent control began in New York City as part of the Emergency Price Control Act during World War II. Watch television, read the popular media, or listen to public radio over the next 24 hours and you’re very likely to hear about the “housing crisis” in the United States. It’s an “emergency!” Take any of these stories and search for a reference to a standard quantitative definition of “crisis.” You won’t find one because one doesn’t exist.

Good and Evil– There are good people and bad people in the housing economy; tenants are good, and landlords are bad. In fact, I’m fond of ironically reminding my audiences of real estate professionals when I speak to them that the media is on to their scheme: making big money from evicting people and from charging excessive fees, something the Washington Post breathlessly called, “the new sub-prime crisis.” If you ask public radio, evictions are even more lucrative when they are aimed at people of color.

This is the backdrop in 2020 for the housing discussion: a quantitatively dubious “crisis” perpetrated by landlords, developers, and the wealthy against a defenseless, poor, disenfranchised people of color. Government, academics, and media do little or nothing to challenge this set of assumptions other than repeat them with outrage. Indianapolis, for example, went in the span of a year from 14th highest rate of evictions in the country, to 4th, to 2nd after New York! The local press without any substantiation reported this last “fact” dutifully, of course.

The truth is that using U.S. Census numbers to double check the Eviction Lab’s assessment that 7.27 percent of rental households were evicted in Indianapolis in 2017 yields a lower percentage, 5.9 percent. Is that an “epidemic?” We don’t know because there is no endemic rate of eviction. How many evictions should there be? Zero, of course. Remember, housing is a “human right.”

Looking over the dais at an angry crowd of people or assessing prospects for higher office, local elected officials, don’t ask many questions of this kind of free-flowing angst about housing prices, like “Why are average prices going up? Could it be that new housing construction is skewing averages higher? Are we permitting enough housing to keep up with demand? The answer is a series of interventions.

Screening– Minneapolis has already banned the use of credit scores to rent. Seattle has abolished the ability to check for criminal records and has mandated that the first person to appear must be allowed to rent a unit, taking away any discretion from the property owner. As these interventions fail to produce the outcome officials seek, they will only be widened to the point that anyone who wants a unit will have to be given one regardless of credit, eviction history, criminal background, or even ability to pay.

Price Controls– Once a tenant is in a unit, how much should they be required to pay? In a growing number of states and cities across the country the answer is, essentially, whatever government says they should pay. As I’ve pointed out in an analysis of rent control, such measures are intended to democratize pricing so that government in consultation with advocacy groups, not supply and demand or costs of operation, determines what a tenant will pay.

No Evictions– The NESRI says that, “Residents should possess a degree of security of tenure that guarantees protection against forced evictions.” What if tenants don’t pay rent? Well, under a proposal being considered in Seattle, in the “winter months,” from November 1stto April 1st, there would be no evictions allowed. Winter, like World War II and the “crisis” constitutes an “emergency,” for tenants who don’t pay or who violate a lease. Taking the next step to stopping removals all together is entirely consistent with the premise.

The winter eviction ban led me to suggest that socialism is just around the corner. And when all the sentiments and interventions I’ve mentioned are added up, it’s easy to see how owning and operating rental housing will no longer be viable unless it is handed over to the government. How would that work?

I can imagine a system in which the regulatory environment is so onerous, that some government entity would simply force a master lease on most rental property to that entity, we’ll call it the Bureau of Housing Security. The Bureau would then handle everything from advertising, leasing, managing, to setting and collecting rent. The Bureau would determine who got in, who stayed, and who might be forced out. If any funds from operation were left, they’d be given to the property owner. Obviously, such a system would evolve over time, and, ironically, would probably be done collaboratively with larger property owners. Why would they do this? It’s more predictable. Remember, predictability trumps almost everything else for people in real estate.

This is where we’re heading as a country, a government housing system driven by resentment, entitlement, and political power instead of abundance, opportunity, risk, and reward. Would a system like this make life better for people who need housing? How do we stop this from happening? I’ll write about that in my next post.

Roger Valdez is Director of Seattle For Growth and a Visiting Fellow at the Foundation for Research on Equal Opportunity (FREOPP). Before he became Director of Seattle For Growth, a housing and growth advocacy organization pushing for more housing supply for all levels of income, Valdez was for twenty-five years, involved in public policy in the areas of education, health, and housing. He was also a housing director at a large regional non-profit, managing housing operations and development. He is an advocate for progressive supply side solutions to housing scarcity. Lack of housing keeps cities expensive for poorer people and families. Valdez has been a staff person for state and local elected officials, worked in the non-profit sector, at a sustainability think tank, in political campaigns, and in public health. For more information, visit his web site at www.seattleforgrowth.org/.

Category: UncategorizedBy AOA EditorJuly 1, 2021
Tags: rental housingRoger Valdez
ARCHIVED ARTICLES
Go to Top
We use cookies on our website to give you the most relevant experience by remembering your preferences and repeat visits. By clicking “Accept”, you consent to the use of ALL the cookies.
Do not sell my personal information.
Cookie settingsACCEPT
Manage consent