QE3 QED: How the Latest Round of Quantitative Easing May Affect the Apartment Industry – By Patrick Simons

Predicting how the recent quantitative easing announcement (“QE3”) from the Federal Reserve (the “Fed”) will affect your business is a complex undertaking.  But, if we focus on just a few economic indicators, it’s QED (quite easily done).

It’s been awhile since the Fed’s announcement of QE3 and I wanted to let some of the dust settle before sharing some thoughts on it.  In the meantime, I’ve had the benefit of presenting at real estate events, and had many meetings with clients and friends in the apartment industry to gauge the pulse out there.

The number one question I have gotten from just about everyone has been “What does this mean for the economy, the apartment industry, and my business plan?”

There are several economic indicators that will be affected by QE3, including government bond rates, mortgage rates, construction loan rates, home prices, homeownership levels, rents, commodity pricing, gross domestic profit, employment, household incomes, cap rates, future inflation, etc., etc.  We consider each and every one of these indicators in our forecast model.

In this newsletter, however, we will take a quick look at just three of them to draw some useful conclusions:

The Fed continues to be intensely focused on the single-family housing market.  In fact, it was front and center in their decision to implement QE3 on September 13th with the meeting minutes stating “…MBS (Mortgage Backed Securities) purchases could be preferable because they would more directly support the housing sector, which remains weak….” 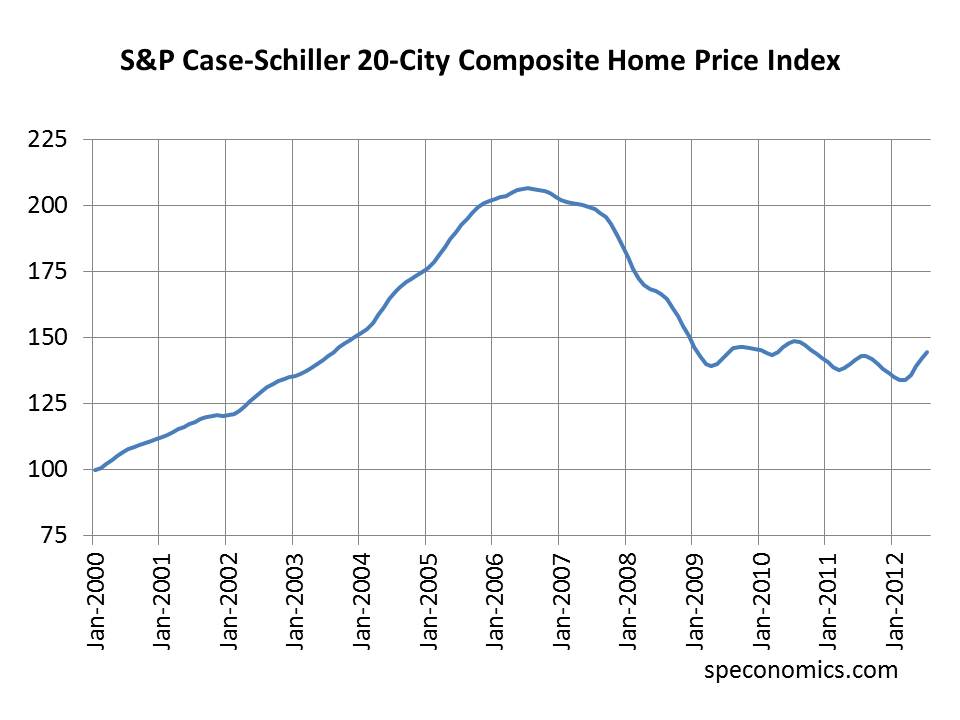 Clearly, the Fed is intent on raising home prices to stimulate economic growth. Another excerpt from the September 13th minutes: “…economic growth could be more rapid than currently anticipated, particularly if … faster-than-expected advances in the housing sector led to improvements in household balance sheets, increased confidence, and easier credit conditions.”

What does this mean for the apartment industry? Overall, even marginally increasing housing prices should be favorable for apartment occupancy and rents in most major markets, especially considering the credit challenges that many renting households continue to face.

Despite the deepest recession in generations, construction costs have not only held steady but have continued to creep higher. 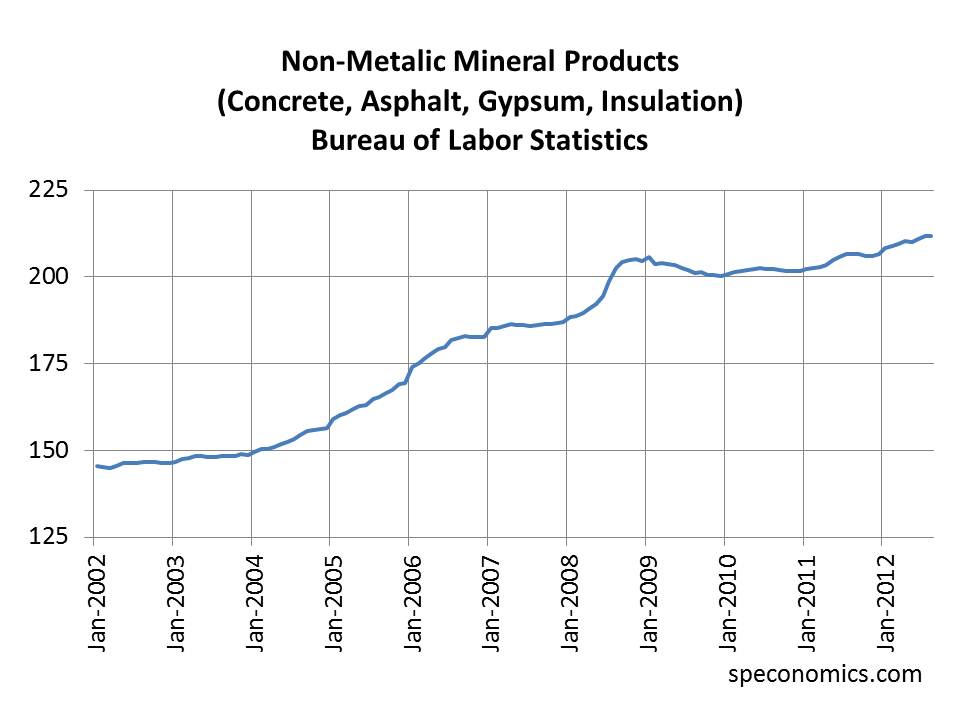 Although commodity prices are affected by many factors including global demand, supply constraints, and overall economic activity, the additional $40 billion a month of monetary stimulus from the Fed cannot help but push the cost of materials higher.

This is a mixed bag for the apartment industry. On the one hand, higher construction costs squeeze every developer’s pro forma, and make new deals increasingly more challenging to complete. On the other hand, this will serve to constrain the volume of new apartment projects, and so will help bolster occupancies and rent levels.

More than any other economic factor, cap rates can have a monumental effect on the viability of an apartment acquisition or development. To illustrate the sensitivity: even if rental rates were to increase enough such that your net operating income rose 4% in a year, but cap rates also rose by just 25 basis points (.25%), the valuation of your property would have actually declined by nearly 1%.

Cap rates are a function of many economic influences including the rates of alternative investments, perception of future income growth, demand for certain asset types and classes by investors, desirability of certain geographic markets, etc. Clearly all of the influences mentioned are on the side of low cap rates… for now. But history is not on the side of sustained low cap rates. 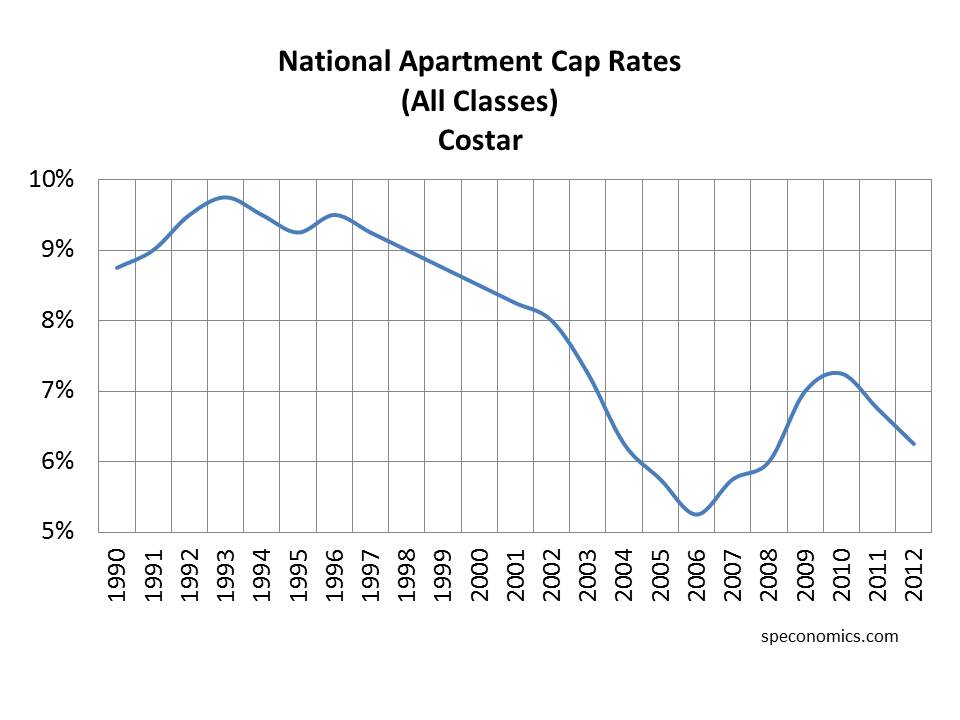 At some point, when the Fed perceives that either a) its stimulative work has been accomplished; or b) it must change monetary policy to address inflationary concerns, it will ratchet interest rates higher which will in turn have a rising influence on cap rates.

Although the Fed will more than likely restrain upward movement in rates while keeping an eye on the magnitude of the national debt service, it will need to act at some point.

Rent growth through 2014 will be supported by basic fundamentals including slowly growing employment, levels of new apartment deliveries that are still relatively low, and the potential for slowly growing home prices which will be partially attributable to QE3. In fact, on a submarket basis, our 2013 rent growth forecasts range between 3% and 6% for many major markets throughoutCalifornia,New York,Florida, andColorado.

Construction materials will continue to creep up until/unless another recession hits. While there are some indications of a possible recession on the horizon, it doesn’t appear likely at this point that it would be deep enough to drastically affect materials costs.

Cap rates will continue at compressed levels through at least 2013 and possibly 2014. But don’t get complacent – these levels are not the historical norm.

We’ve got at least 18-24 months of good apartment tail winds. But, while keeping an eye on potentially increasing home prices, make sure you’re insulated from the potential for possible deterioration in apartment cap rates by designing any new-construction projects in such a way that the product will support a potential condo exit in 24-48 months.  I know, I know, seems strange to say it, but it may pay to be prepared for condos.

There will be other economic factors moving in contrary or complimentary directions, and we have the uncertainty of the election. But, to keep QE3 QED, these are three of the biggest factors to consider when shaping your plans for 2013.

Patrick S. Simons of Strategic Property Economics has been personally involved in the development or redevelopment of more than 22,000 units and the oversight of nearly $700 million of residential assets.  For more information, please call (949) 933-9405 or e-mail [email protected].