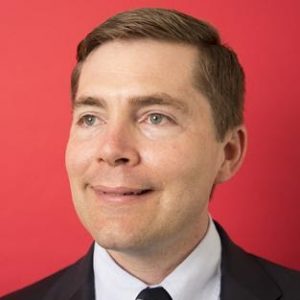 After fighting in Vietnam, Howard Iten opened an auto repair business in Lawndale, CA. For nearly 30 years, he took pride in serving his customers and presenting a clean professional shop. When he retired in 2006, he kept the building to supplement Social Security and his savings.

After his son ran the business for a while, Howard decided to rent out the space to a franchisee of an auto repair company. The new tenant cared little for the cleanliness and professionalism Howard took pride in, allowing the shop to fall into disrepair and even performing unauthorized and dangerous construction on the building. Although Howard and his wife, Pat, depend in part on the rental revenue for their retirement income, they held out hope that their relationship with the tenant would improve.

Auto repair is considered an essential business operation, and the shop appeared fully open and operating during the COVID-19 shutdowns. Nevertheless, the tenant stopped paying rent last April, just one month after Lawndale enacted an eviction moratorium prohibiting commercial landlords from evicting tenants for COVID-19-related nonpayment. The County followed up in July by extending its existing moratorium to all cities within its jurisdiction.

Sure enough, the tenant told Howard’s property management firm he couldn’t pay because of COVID-19. And in contrast to Lawndale’s ordinance, under the County’s moratorium, tenants—like Howard’s—with fewer than 10 employees need only their word to “self-certify” their pandemic-related harm.

Originally set to expire last May, the county has regularly extended its eviction ban. (It currently goes through the end of February and is likely to be extended.) Conscious of the many state and local barriers to eviction, Howard reluctantly agreed to a new five-year lease with his tenant in August. At the very least, he thought, the new agreement required extra monthly payments so Howard could recoup the money that the tenant owed from the prior lease.

Save for the initial September installment, all of the tenant’s payments under the new lease have been late, and the tenant continues to fall behind on the over $30,000 owed under the new lease. Yet Howard is still stuck. He can’t take action to remove the tenant until the eviction ban expires, and he can’t take action to collect unpaid rent until a full year after the moratorium’s expiration. Plus, he will never be allowed to collect late fees or interest on that back–rent.

Not only does the County’s eviction ban undermine legal lease agreements, but it also does nothing to combat COVID-19—two strikes against the government’s power under the Constitution.

Landlords operate like any other business, yet while governments have extended assistance to small businesses, small landlords are expected to bear the burden of the pandemic’s economic fallout. Even in an emergency, the government may not upend contract obligations through laws that bear little relationship to the emergency.

“I think it’s wrong that the burden is placed on property owners, while tenants can take advantage of the situation,” Iten said. “At least I owned my property free and clear. I sympathize with those landlords who hold a mortgage.”

As an ex-Marine, Howard is not shy about a righteous fight. Represented free of charge by Pacific Legal Foundation.  Howard is filing a federal lawsuit. He believes it’s his duty as an American to stop government from undermining legal contracts and forcing him to bear the pandemic’s financial burdens at the expense of his retirement security.

abuse. Founded in 1973, PLF challenges the government when it violates individual liberty and

clients in state and federal courts, with 12 victories out of 14 cases heard by the U.S. Supreme

Category: UncategorizedBy AOA EditorMarch 1, 2021
Tags: Damien M. SchiffLos Angeles County Eviction Ban
ARCHIVED ARTICLES
Go to Top
We use cookies on our website to give you the most relevant experience by remembering your preferences and repeat visits. By clicking “Accept”, you consent to the use of ALL the cookies.
Do not sell my personal information.
Cookie settingsACCEPT
Manage consent