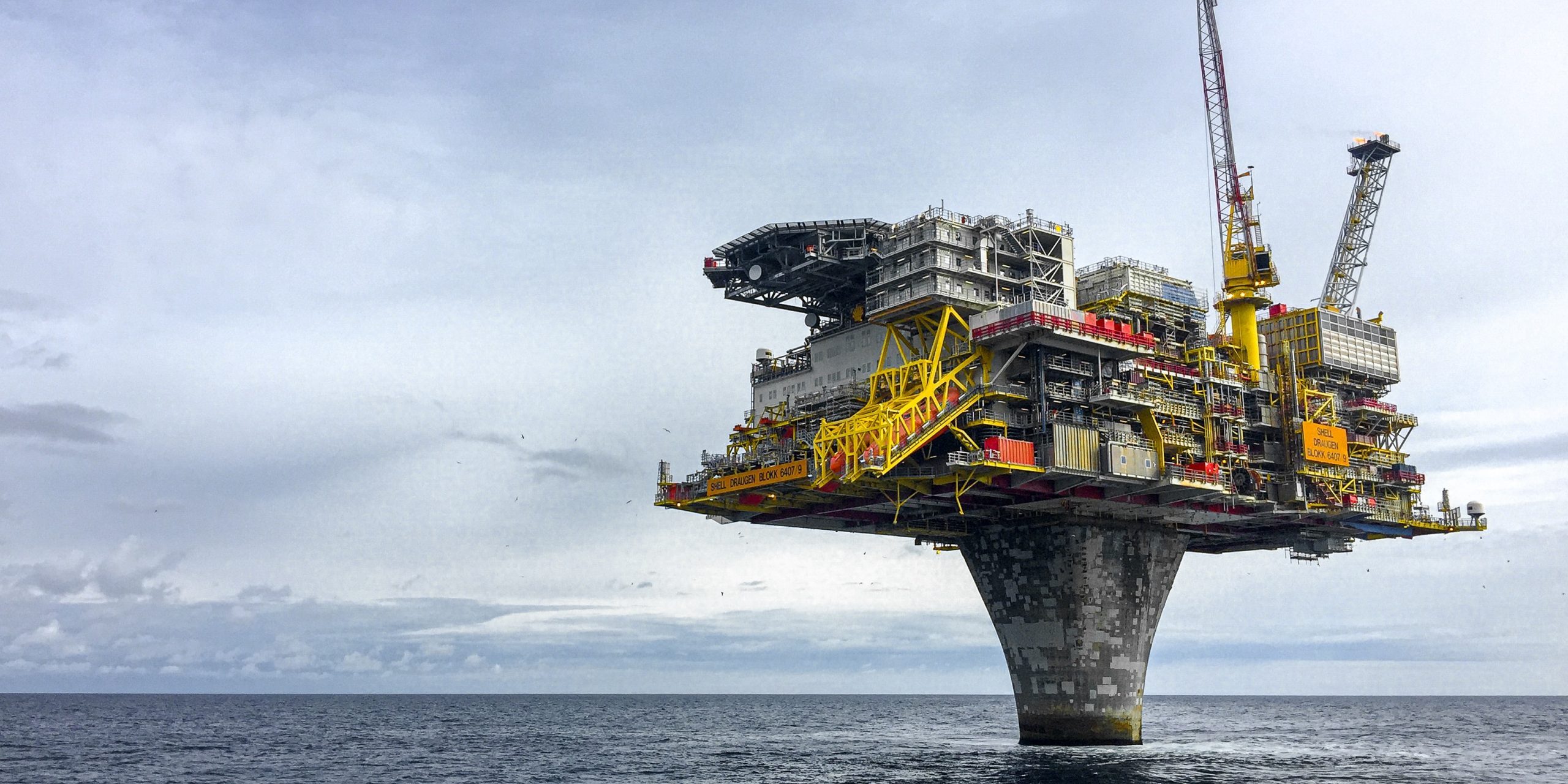 Continued . . . Doheny expanded his interests to Mexico, where in 1901 he drilled the country’s first well in Tampico, 300 miles south of Brownsville Texas. Nine years prior he’d arrived in Los Angeles too poor to pay for his boarding room, and now he was an international oilman.

Doheny used the confusion of the Mexican Revolution (1910 – 1921) to expand operations. During that period, while the Mexican government was otherwise occupied, Doheny opened several oil fields to the west of Tampico. He was responsible for drilling Cerro Azul No. 4 which, in February,1916, became the world’s largest producing well. It pumped over 260,000 barrels per day. When Doheny opened the Los Angeles Oil Field in 1892 his best (and only) well brought in 40 barrels a day; now, 24 years later, his best well (one of hundreds) brought in over a quarter-million barrels a day.

When the Cerro Azul No 4 well came in, the sound could be heard, they said, 16 miles away. It shot a stream of oil 598 feet into the air, spewing oil residue over a two-mile radius. Over the following 14 years, the well produced over fifty-seven million barrels.

Woodrow Wilson was termed out of office in 1921 and replaced by Warren Harding, who died in office two years later. During his brief presidency period Harding transferred supervision of America’s naval oil-reserve lands from the Department of the Navy to the Department of the Interior, then being run by Albert B. Fall. Soon thereafter a noncompetitive bid for exclusive rights to drill in the Elk Hills, California, naval reserves was granted to Doheny through one of his companies. At about the same time, a gift of $100,000 was coincidentally made to Albert Fall from Edward Doheny.

Elk Hills, California, wasn’t the only naval oil-reserve in play. A similar set of noncompetitive drilling rights were sold to a competing company, Sinclair Oil. This new sale was at the Teapot Dome Field in Wyoming. When the Elk Hills and Teapot Dome scandals became public knowledge Albert Fall, the Secretary of the Department of the Interior, was deemed responsible.

The press reported on both the Elk Hills (California) and Teapot Dome (Wyoming) leasing scandals under the umbrella name of “Teapot Dome.” It was the largest government disgrace until Watergate (1972).   More about Doheny’s involvement in the Teapot Dome scandal later.

In the period between the end of the Spanish-American War (1898) and the beginning of WWI (1917), the major navies shifted most of their steam ships from burning coal to heavy (marine) fuel oil. Marine fuel oil was cheaper than coal, being the residual oil left over after refining raw petroleum. Its energy yield was greater, permitting naval vessels to accelerate faster and cruise longer between refuelings. These were considered significant military advantages.

The strongest objection to oil-fired ships was the obvious: how can the navy be assured of the necessary fuel oil during a war or other national emergency? The response was the Pickett Act of 1910, which authorized the President to acquire large areas of potentially oil-bearing lands as sources of fuel oil for the navy. The areas selected were in California (Elk Hills) and Wyoming (Teapot Dome). In government-speak, they (Teapot Dome and Elk Hills) were officially referred to as “Naval Petroleum Reserve No. 1” (NPR-1). There was subsequently a NPR-2 and a NPR-3, where commercial oil companies were permitted to drill for oil, but for some reason NPR-1, the first Naval Petroleum Reserve, was not made publicly available for oil field development.

The Naval Petroleum Reserves were initially under the control of the Department of Interior, but in 1920 the U.S. Navy’s Fuel Oil Office briefly assumed responsibility. That only lasted about one year until the new president, Warren G. Harding, took his seat on January 20, 1921, and changed things back again. President Harding appointed Albert B. Fall as Secretary of the Interior. Harding then moved responsibility for the Naval Oil Reserves back to the Department of Interior.

Nothing remains secret very long in the oil industry, and especially gossip-worthy are rapacious men selling the keys to a very large vault, and Secretary Fall found himself unexpectedly popular. Following receipt of the Liberty bonds, Secretary Fall next accepted a “loan” of $100,000 from Edward Doheny. The money, in cash, was delivered by Doheny’s son, Ned. Hugh Plunkett, Ned’s secretary, accompanied him in the delivery. There was, of course, no paperwork recording the transaction suggesting the loan was not accompanied by legally enforceable prepayment provisions.

Upon receipt of Doheny’s loan, and in a continuing spirit of convivial reciprocation, the amiable Secretary Fall bestowed drilling rights in the Elk Hills field to the Pan American Petroleum and Transport Company, one of Doheny’s holding companies.

Doheny now had exclusive drilling privileges to the Elk Hills field, just as Sinclair had to the Teapot Dome reserve. These arrangements became publicly known in 1924, shortly after Secretary Fall left office. They constituted the corpus of the “Teapot Dome” scandal. The name was taken after the Wyoming field but was inclusive and included the Elk Hills reserves.

It’s hard to conceal surface drilling where none should be, and criminal indictments were soon returned not only for Secretary Fall (Dept. of Interior), but also for Sinclair (Sinclair Oil), and Doheny (Pan American). Various legal motions retarded the progress of the trials and dragged them on for six years. During that period, it was discovered that Doheny’s agreement with Secretary Fall included not only Elk Hills, but also the rights to construct oil storage facilities at Pearl Harbor, Hawaii. Doheny then had production rights (Elk Hills) as well as storage rights (Pearl Harbor). The only link missing was the right to transport oil from Elk Hills to Pearl Harbor, but a little more noodling around discovered a separate exclusive agreement for Doheny to transport the oil from Elk Hills to Pearl Harbor.

In 1927, about in the middle of the Fall-Sinclair-Doheny trials, the U.S. Supreme Court invalidated the Elk Hills and Teapot Dome leases as having been corruptly obtained. Then (former) Secretary Fall’s trial was concluded with a conviction for accepting Doheny’s bribe. Fall’s guilty verdict was brought into the first of Doheny’s two trials, but Doheny was acquitted of having given the bribe.

That was nonsensical, even under the standards of the time, and Doheny was tried a second time for a different supposed act of bribery, at which time he was invited to again prove himself not guilty. This trial terminated with another acquittal.

Although twice found not guilty of bribery, Doheny was nonetheless ordered by the court to repay $47,000,000 ($795,000,000 now-money) in settlements, taxes, and penalties. The lion being obviously wounded, awards of that magnitude would predictably stimulate lawsuits for damages by minority stakeholders in Pan American Petroleum.

The basic structure is for management to divide the business into a “good” company and a “bad” company, then to sell one of them (see below). In this case, Pan American Eastern Petroleum held (i) the Mexican holdings, and (ii) the U.S. assets on the Atlantic and Gulf Coasts consisting of refineries, pipelines, and 31 tankers. These non-California assets constituted the “good” company because they (i) were profitable and (ii) had no Teapot Dome assessments pending. This “good” company was sold to Standard Oil of Indiana.

Doheny was forced to retain the second (“bad”) company containing his California assets. He renamed it Pan American Western Petroleum and focused it on exploration and production. Refining and transport were no longer of interest.

Note to the Reader:  This article is largely taken from the Wikipedia entry on Edward L. Doheny, which was in turn largely taken from the following three reference books: (i) The standard scholarly biography is by Martin R. Ansell, 1998, Dark Side of Fortune: Triumph and Scandal in the Life of Oil Tycoon Edward L. Doheny ISBN 0-520-22909-6; (ii) Margaret Leslie Davis, 1998, Oil Baron of the Southwest: Edward L. Doheny and the Development of the Petroleum Industry in California and Mexico ISBN 0-8142-0749-9; and (iii) Dan La Botz, 1991, Edward L. Doheny: Petroleum, Power and Politics in the United States and Mexico ISBN 0-275-93599-X. The La Botz book was “Poorly received by reviewers who noted many errors and oversights.”

Category: UncategorizedBy Israel PeredaJuly 1, 2022
ARCHIVED ARTICLES
Go to Top
We use cookies on our website to give you the most relevant experience by remembering your preferences and repeat visits. By clicking “Accept”, you consent to the use of ALL the cookies.
Do not sell my personal information.
Cookie settingsACCEPT
Manage consent