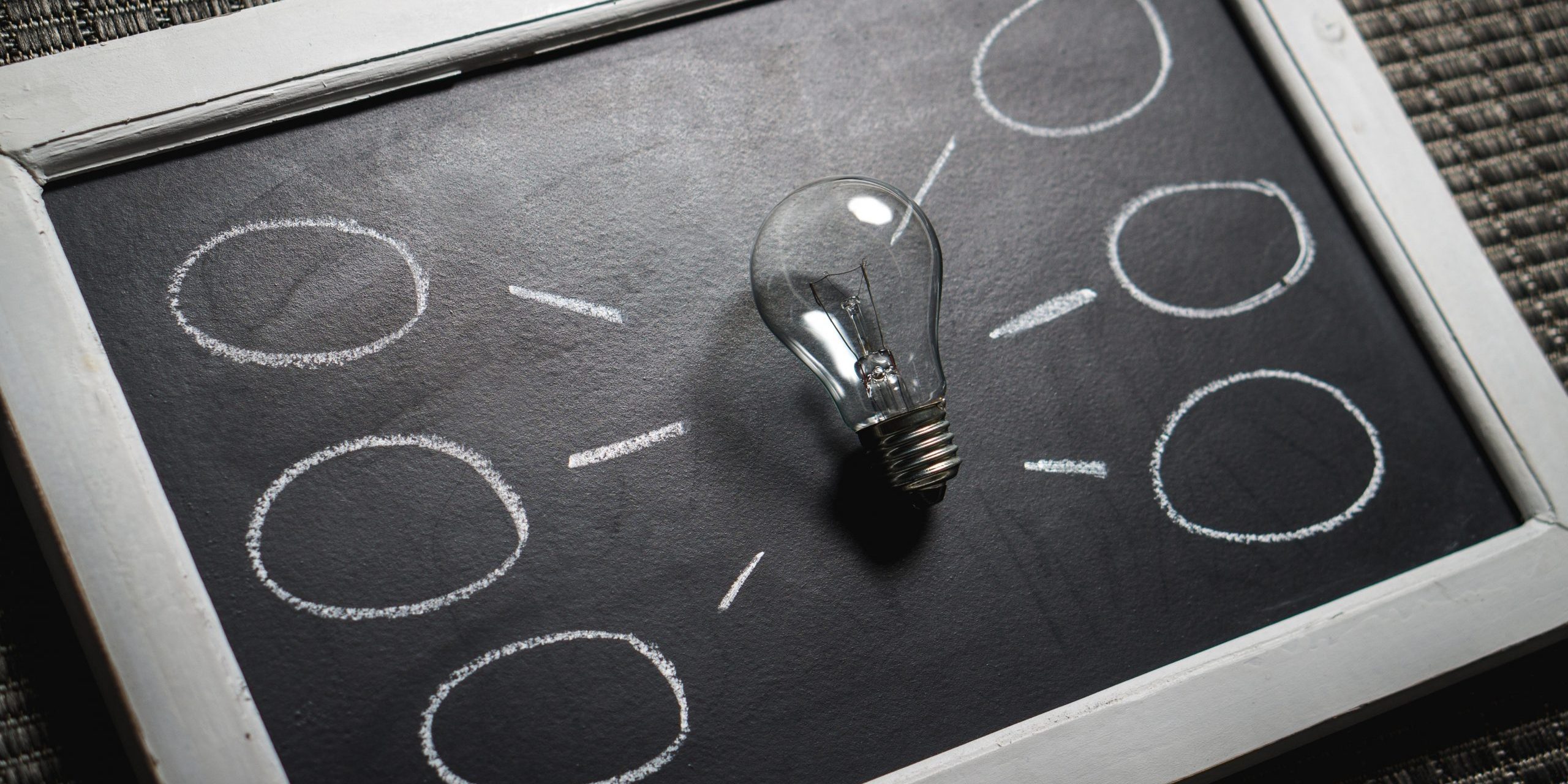 Continued . . . She knew that sometimes men played the courting game with no intention of it ending in matrimony, so one part of her wasn’t convinced his intentions were honorable. But it was the first time any man had taken a romantic interest in her and she deeply wanted to believe. She first hoped, then she prayed, “Please God, just this once!”

There were risks, of course, given the caste differences, but the budding romance progressed quickly. It had to. Henry J. had only the remaining weeks of summer to make his case, not just to Bessie, but also to her father.

That wasn’t much of a window for Henry J. to establish his acceptability, and it was possible the opportunity could be even briefer. Edgar Fosburgh might shorten his holiday at any time, on any grounds. A particularly motivating reason would be if he perceived his daughter was being subjected to the attentions of an unwanted suitor. Unwanted by him, not by Bessie. If that were the case, Fosburgh would quietly leave Lake Placid and return to Virginia, taking Bessie with him. Henry J. understood that Fosburgh might consider a suddenly abbreviated vacation as the easiest way to deal with his daughter’s persistent but unacceptable suitor. There would be no appeal if he took Bessie and returned to Virginia. That would be that. To receive her father’s support was both imperative and urgent.

Henry J. reasoned that his courting would more likely be favored if he could convince Bessie and her father that (i) his intentions were honorable, that (ii) he indeed was the marrying kind, and that (iii) she was his chosen. She would have to be convinced first. Then he thought / hoped she might persuade her father. Edgar Fosburgh had to be made very aware that leaving prematurely with Bessie would be a poor idea unless he intended to support her for the rest of her life.

The traditional end of the summer social season was Labor Day. It seemed to be approaching quicker than Henry J. remembered from past years. A glance at the calendar encouraged him to accelerate his courting. He began talking of marriage, obliquely at first (“Look at that young couple. Don’t they look happy?”), then directly (“Have you ever thought of starting a family, Bessie?”)
As their conversations turned towards a shared future, Bessie felt her prayers were being answered: A man for me! And he likes children! It was difficult for her to retain her composure. She had to tell somebody, and the closest person to her was her father. There is no record of Edgar Fosburgh’s initial reaction, but at least he did not grab Bessie and run off to Virginia. Later, when Bessie told Henry J. of her talks with her father and there was no mention made of abbreviating their vacation, he thought he recognized a good sign.

When it became obvious that Fosburgh understood Henry J.’s intentions were bent towards matrimony, the suitor pressed to formalize the relationship. Once that was accomplished it would be much harder for her father to flee with Bessie.

Edgar Fosburgh had no idea why his daughter had self-esteem issues. He recognized that she did and that everybody knew, as it had been going on for years. It seemed to have started that Christmas she spent with his brother Howard and Howard’s new wife. It might have been something the wife said. “No”, he reflected, “Probably not”. He knew that Bessie did not wish to talk about her shyness, even when he brought it up. Still, he was her father. He’d always tried to do his best for her in the past, and he’d do his best for her now. He didn’t want to ruin what might be her only chance of marriage by flatly denying the boy, for she’d had no suitors that he knew of. On the other hand, he was loathe to invite into his family a boy with neither means nor expectations.

Terms were reached. Daddy Fosburgh would agree to the marriage if Henry J. could demonstrate his ability to support a family by having at least some money of his own and a degree of financial stability. Fosburgh reduced his requirements to three bullet points:

The chances of meeting these goals in the closed economy of Lake Placid were slim and none. Daddy Fosburgh had to know that. If they were to be met, Henry J. would have to seek employment elsewhere. That may not be such a bad thing. At least he would not be available to court Bessie and the separation might cool their present ardor. Fosburgh’s conditions amounted to an almost-but-not-quite blatant denial of Henry J.’s proposal.

Where other young men might have viewed Edgar Fosburgh’s requirements as insurmountable, the suitor saw a chance to earn his woman and simultaneously gain her father’s blessings. Henry J. accepted the challenge. He packed his bag, made promises to Bessie that she did not allow herself to really believe, and kissed her goodbye. He boarded a train to the boom town of Spokane, 2,654 miles west on Interstate 90.

Why Henry J. chose that city will probably never be known, but events in his later life would suggest that he might have gone there to neutralize the playing field. It was unlikely Fosburgh would know anybody in Spokane and thus could not arrange an unfavorable thumb on the scale. But of course, neither did Henry J. have friends in Spokane. There were no favors he could call in. Whatever success Henry J. achieved would clearly be the result of his efforts alone and when he returned in triumph, Bessie’s father would have no alternative but to accept that Henry J. had met his pre-marital challenges.

Spokane is on the relatively dry, rain-shadowed, eastern side of the Cascade Range, 92 miles south of Canada and 18 miles west of Idaho. While the U.S. average is 38 inches of rain per year, Spokane receives only 17 inches of rain. That’s about what Los Angeles experiences in a (statistically) normal year.

Of course, Spokane receives an additional 44 inches (average) of snowfall, about the same as Minnesota or Wisconsin, but one inch of snow does not have the water content of an inch of rain.

Rain is absorbed by the soil to the point of saturation, allowing things to grow. Winter snow, however, accumulates on the sides of hills and mountains. As the weather warms through the spring and summer, snowmelt sheets off the increasingly higher elevations and drains into the Spokane River. The Spokane River, in turn, empties into the Columbia River and thence into the Pacific Ocean near the Washington / Oregon border. It is the Columbia River and its autumnal runs of chinook and coho salmon that benefit from eastern Washington’s summer snowmelt, not so much the carrots in Spokane’s back-yard gardens.

In 1900, the last census before Henry J. arrived, Spokane’s population was 37,000 (rounded). Thirty-seven thousand is a big step up from Lake Placid. One would think there should be opportunities, and indeed there were. Spokane’s population grew to 456,000 by the 2020 census, a growth rate (net of deaths and move-outs) of a little over 2% compounded annually. That doesn’t sound like much but to put it into perspective in 1900 the population of San Franciso was 373,000, growing to 875,000 by 2020. San Franciso’s population grew at 0.70% (70 basis points) per year over the same period that Spokane’s was shooting up a full 2.00% (200 basis points). Spokane’s growth was nearly thrice San Francisco’s. Yes, there were opportunities in Spokane.

Once in Spokane, Henry J. found employment with the McGowan Brothers Hardware Co. While the store was well staffed, the back lot – where the paving materials were stored – was largely ignored. Henry J., seeing an opportunity, soon became their first and (at the time) only paving products salesman. Paving products were required by commercial architects and developers. They bought in bulk, and it is believed Henry J. was working on a commission-based incentive plan. Over time, Henry J. extended his service area to include northeastern Oregon, parts of northern Idaho, western Montana, southern British Columbia, and to a lesser extent, Alberta.

Ten months after leaving Lake Placid Henry J. returned with enough money to placate his future father-in-law. The home for Bessie was not yet built, but something in her demeanor might have told Daddy Fosburgh that this time he’d better acquiesce, or risk losing a daughter instead of gaining a son-in-law.

Note to the Reader:  This article is largely sourced from the Wikipedia entry on Henry J. Kaiser.  Additional sources include Stefanie Pettit’s May 11, 2016, article in the Spokesman-Review.

Category: AOA TodayBy Israel PeredaSeptember 1, 2022
ARCHIVED ARTICLES
Go to Top
We use cookies on our website to give you the most relevant experience by remembering your preferences and repeat visits. By clicking “Accept”, you consent to the use of ALL the cookies.
Do not sell my personal information.
Cookie settingsACCEPT
Manage consent