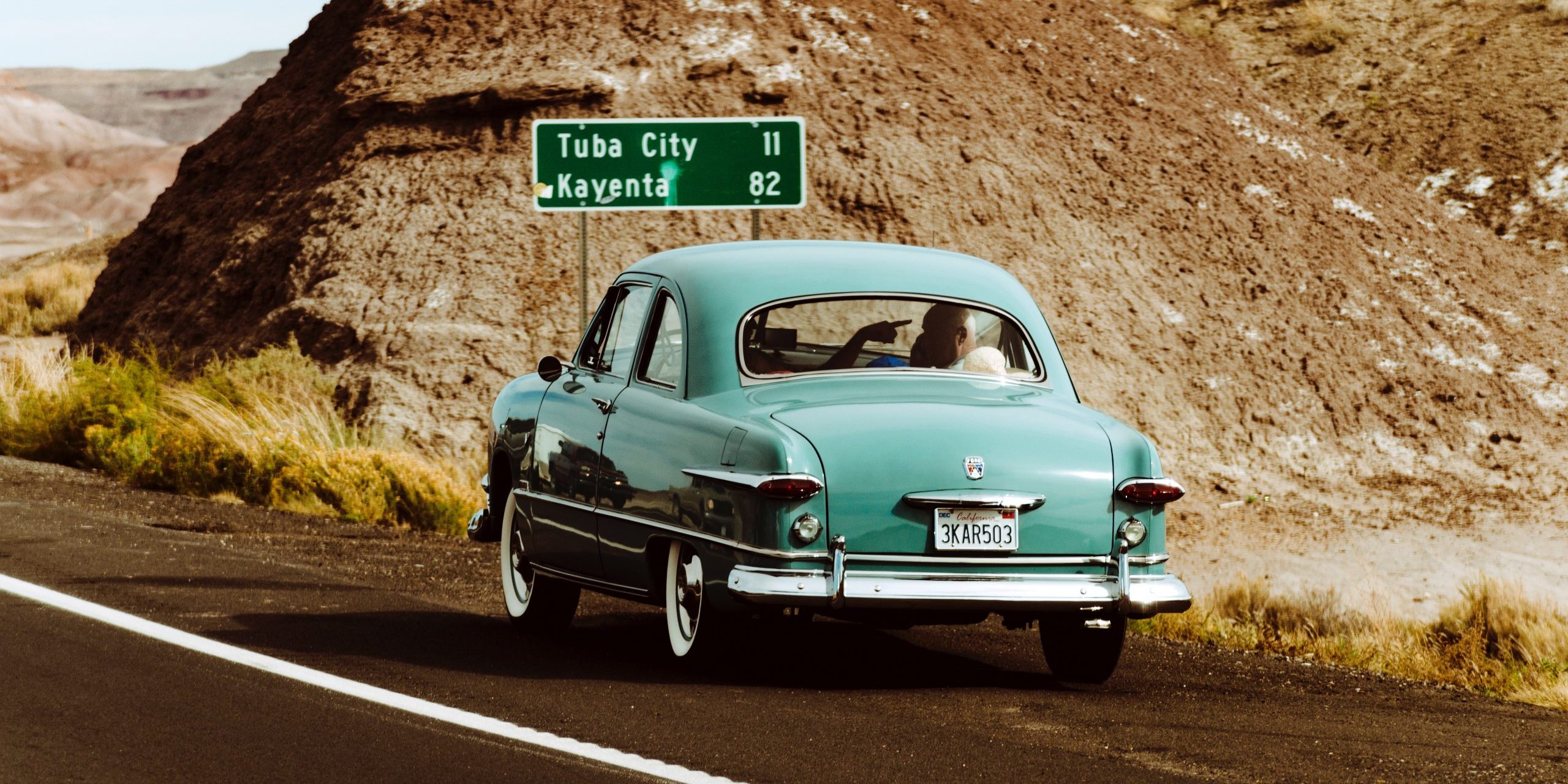 Continued . . . Ten months after leaving Lake Placid Henry J. returned with enough money to placate his future father-in-law. The home for Bessie was not yet built, but something in her demeanor might have told Daddy Fosburgh that this time he’d better acquiesce, or risk losing a daughter instead of gaining a son-in-law.

Henry J. and Bessie married on April 9, 1907. Bessie was 21, in those times close to the average age for a woman’s first marriage.

Henry J. was 25. In due time the marriage yielded two sons. The first born was Edgar Kaiser. That was a nice touch, naming him after Bessie’s father. It made huge sense, in a family-politics sort of way, as it clearly demonstrated that neither Henry J. nor Bessie held sharp feelings for Edgar Fosburgh’s earlier challenge to their engagement. With the first son named after Bessie’s father, the second son would be named Henry J. Kaiser Jr. after, of course, Bessie’s husband.

The promised house was begun in February, 1908, when Henry J. borrowed $8,000 (now-money: $236,000) at 8% interest to build a house on a hillside lot where he and Bessie could benefit from a view of Spokane’s downtown. The architect for the custom home was W.W. Hyslop.

W.W. Hyslop was Spokane’s architect of choice for old-money families who wished to downsize, but not necessarily to downgrade. His métier was homes and apartments with high ceilings, large rooms, and detailed woodwork. Most, but not all Hyslop buildings featured the visible diagonal bracing that he used for covered porches and occasionally for interior woodwork. In the Spokane of those days there were not enough wealthy families to keep an architect busy throughout the year, so it was a feast-or-famine occupation.

Old-money clients notwithstanding, in the slow periods Hyslop was known to accept work on a variety of styles and sizes, from the mansions and apartment buildings he and his wealthy clients preferred to small, affordable bungalows.  By choosing his time carefully Henry J. managed to negotiate W.W. Hyslop’s fee down to an affordable level. To save a bit more, Henry J. did his own construction supervision.

Due largely to Henry J.’s supervision, the house was completed in a bit under four months. Bessie was pregnant with their first child when they moved in. A newspaper story on June 14, 1908, described the house and its solid cement walls with the faint praise “architecturally daring”. It surely was, having elements of both Swiss and Spanish Mission styles. There was no counterpart in Spokane. Perhaps not in the entire state. The newspaper story reported its external walls were yellow, the tile roof was red, and the trim was green. As a measure of public popularity, as this is written there are 195 countries in the world, but only 17 whose national flags share that color palette. In other words, 91.3% of the world has better taste than Henry J. Windows were leaded glass, the interior of the home had a fireplace on the north side of the living room, and the home had oak flooring. The oak flooring was nice.

Bessie probably knew before she saw the house with its garish paint job, that her man was no aesthete. She didn’t think he was actually color-blind, but he had no sense of what colors go together, and certainly had no awareness of the color wheel (see Isaac Newton, 1666). On the other hand, Henry J. built the exterior walls out of concrete, so the house would be stout and would likely last a long time. She was a pragmatic woman, as practical as the house she would live in. She would overlook the paint (which could be changed) in favor of the man (who was permanent).

The house, with its concrete walls and harlequin paint job demonstrated that Henry J. had an engineer’s functional mindset, a characteristic that would benefit him mightily over his career.

In 1914, seven years into their marriage, at the age of 32, Henry J. was still in Spokane, still working for the McGowan Brothers Hardware Co. as a commissioned paving products salesman, when he acquired his own company.

It happened that one of his accounts, a Canadian road-building company, went out of business. Henry J. acquired a loan to buy the company, assumed responsibility for honoring the contracts the company defaulted on, and at the end of the day wound up with a profit. That was probably not a surprise to Bessie, who remembered the efficiency with which he negotiated the plans and supervised the rapid construction of their “architecturally daring” concrete house.

What happened afterwards is the reason we remember his name today. It was a matter of the man meeting the time.

The auto- (“self”) mobile (“moving”) dream is ancient. It can be traced backwards six hundred years to Leonardo da Vinci, who drew plans and built models for the first “automobiles” back in the 1400’s. Others followed him, but none were successful. The insurmountable problem was always auto-motion. There was never a satisfactory way to self-power the vehicle.

It wasn’t until 1885 that Karl Mercedes built the first self-powered car, a three-wheeler. A four-wheeled model was developed eight years later, in 1893. His subsequent partnership with Bertha Benz resulted in a company that still exists.

The first gasoline-powered American cars, built by the Duryea brothers in Springfield, Massachusetts, were approximately contemporaneous with Karl Mercedes’ four-wheeler. The Duryea was puttering about on unpaved farm-to-market roads as early as 1895. Such roads were typically wagon paths, muddy when it rained and dusty when it didn’t, and always bumpy. The state of the roads meant neither the ubiquitous horse-drawn wagons nor the few cars could go very fast.

The cars were much more fragile than a wagon, but they were novel and that was sufficient to arouse a purchase here or there. Five years later, in 1900, the United States had 4,192 cars in service to a population of 76,212,168. That’s one car for each 18,000 people, but it didn’t stay at that level very long. As car sales increased so did the demand for decent roads, and improved roads in turn stimulated more car sales.

Increased traffic required the roads to become more reliable. Early paved roads, before automobiles, were generally two or three-layered. There was a base of stone at the bottom. The top layer would be gravel. The intermediate level might be stones smaller than the base layer, yet larger than the top gravel.

This was the period that learned or re-learned the benefits of camber, the way the surface of the road could be engineered to a sort of inverted stretched catenary, highest in the middle and sloping gently downwards on both sides. Imagine a modern road with an asphalt carriage way and concrete shoulders. If the black part of the road (the carriage way) was perfectly flat, if it had no camber, water could not drain. A heavy rain would flood the road. A cambered road is self-draining. Gravity rolls water off the black part of the road into the ditches running parallel to the shoulder. Paved roads with camber became more common as time went on.

As roads improved, so did cars. The inversion is also true: as cars improved, so did roads. For tens of thousands of years before steam locomotives the fastest a man could travel on land was at the speed of a horse. Now came cars, and suddenly a person might travel in two or three hours the same distance (about 25 miles) that a horse could do in a full day. It was a heady time. Bold people tested the limits.

Dr. Horatio Nelson Jackson, in 1903, was the first person to drive a horseless carriage cross-country. He started in San Francisco and proceeded eastwards, noting in his journal that roads were better once he got past Omaha, Nebraska. The journey took 63 days. The car he drove was similar to a buggy, but powered by a two-cylinder, 20-horsepower engine. To place this into perspective, John Deere’s riding lawn-mower is currently advertised as having a 24 hp engine.

Six years later, in 1909, Alice Ramsey drove three of her female friends across the United States, from east to west. The car selected was a 30-horsepower Maxwell. She traveled 3,800 miles in 59 days, or about 65 miles per day, far faster than a horse. Few roads were paved thus few roads were cambered, and (as Dr. Jackson had observed earlier) those were more commonly found east of Omaha. The majority of roads remained dirt / mud or, occasionally, single-layer gravel. It wasn’t until 1916, when Congress passed the Federal-Aid Road Act, that states were provided federal funds to improve their road systems. Even after the Federal-Aid Road Act, states could (and did) vary widely in how they built and organized their road systems.

These were the circumstances under which Henry J. assumed control of his paving company. The economics were splendid: better cars meant more driving which increased the demand for improved roads, which Congress was soon to fund to increase employment during the Depression. This recipe for wealth, wherein supply creates its own demand, has been seen more recently in computers and mobile telephones.  For Henry J., it was a beginning.

Note to the Reader:  This article is sourced from the Wikipedia entry on Henry J. Kaiser.  Additional sources were The History of Paved Roads in America (Surety1), and Alice Ramsey’s Historic Cross-Country Drive (Smithsonian Magazine).

Category: Current EventsBy Israel PeredaOctober 1, 2022
ARCHIVED ARTICLES
Go to Top
We use cookies on our website to give you the most relevant experience by remembering your preferences and repeat visits. By clicking “Accept”, you consent to the use of ALL the cookies.
Do not sell my personal information.
Cookie settingsACCEPT
Manage consent