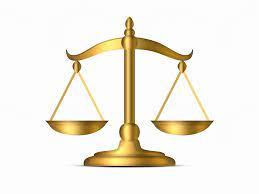 [In July], the United States Supreme Court announced that courts must hear our case Pakdel v. City and County of San Francisco, which challenges a San Francisco ordinance that forces land owners to provide lifetime leases to tenants. In the Court’s opinion, they removed barriers to bringing property rights cases in federal court.

In 2009, Peyman Pakdel and his wife bought an apartment in San Francisco with the intention of making it their future home when they were ready to retire. The apartment was one of six units carved out of what used to be one home, and all six owners held title as “tenants-in-common.” Unlike some other owners, the couple decided to rent out their unit until it came time for them to retire and make it their home.

When the Pakdels purchased the unit, they, along with the other owners, agreed to convert the building into a condominium as soon as possible. But the Pakdels lost the ability to live in their own home because the city passed an ordinance that allowed condominium conversions only if owners offered a lifetime lease to any existing tenant renting the property.

Thanks to the new ordinance, the Pakdels’ much younger tenant could choose to remain for his entire life, effectively taking the couple’s property away from them without compensation, in violation of the Fifth Amendment, and crushing their retirement dreams.

The Ninth Circuit had held that the Pakdels could not even challenge the law in court because they failed to object to the ordinance in the Rube Goldberg-like process preferred by the City of San Francisco. Oddly enough, this process no longer even exists

The Supreme Court’s recent ruling is a huge win for property owners and builds upon Pacific Legal Foundation’s previous win in Knick v. Township of Scott, Pennsylvania, which removed hurdles that made it nearly impossible to bring property rights claims to federal court.

Prior to the Knick ruling in 2019, the Supreme Court had set a precedent in the case Williamson County Regional Planning Comm’n v. Hamilton Bank of Johnson City that generally prohibited property owners from getting their day in federal court, unless they first exhausted all other state remedies.

The Williamson County decision held that “a property owner whose property has been taken by a local government has not suffered a violation of his Fifth Amendment rights—and thus cannot bring a federal takings claim in federal court—until a state court has denied his claim for just compensation under state law.”

But the Knick case, which considered whether Rose Knick could take her property rights case to federal court without a years-long ordeal of jumping through state court hoops, reversed Williamson County. Knick also restored the significance of property rights and reaffirmed that these safeguards were equally important to all other constitutional rights.

Pakdel clarified and expanded on Knick. The Court said, “Given that the Fifth Amendment enjoys ‘full-fledged constitutional status,’ the Ninth Circuit had no basis to relegate petitioners’ claim ‘to the status of a poor relation’ among the provisions of the Bill of Rights.”

This isn’t the only recent Fifth Amendment win for PLF. The Court also advised the lower courts to consider the Pakdels’ claims in light of last week’s win in our case Cedar Point Nursery v. Hassid, which held that the right to exclude is a fundamental attribute of property ownership, and that the government cannot take away that right without compensation.

It would appear that the Court is paying close attention to our property rights cases.

The Pakdel opinion summarily reversed the Ninth Circuit on the merits without additional briefing or oral argument. It was issued “per curiam,” an unsigned opinion on behalf of all the Justices. This is a rarely used procedure and is sometimes controversial because the Court doesn’t say when it’s going to use it and the parties have no further opportunity to submit briefs or argue. The opinion included a “grant, vacate, and remand order” (GVR), which orders the Ninth Circuit to vacate its earlier decision, allow the Pakdels’ case to proceed, and consider the merits of their case in light of Cedar Point.

Property rights are among the most crucial constitutional rights we have, but they have had reduced protection by the courts since the New Deal.

Fortunately, the Knick ruling raised the standard when it comes to giving property owners access to federal courts to protecting their property, Cedar Point reaffirmed importance of the right to exclude, and the Pakdel opinion expands Fifth Amendment protections even further.

Pacific Legal Foundation is a nonprofit legal organization that defends Americans threatened by government overreach and abuse. Founded in 1973, PLF challenges the government when it violates individual liberty and constitutional rights. With active cases in 39 states plus Washington, D.C., PLF represents clients in state and federal courts, with 12 victories out of 14 cases heard by the U.S. Supreme Court. For more information, visit www.pacificlegal.org. Reprinted here with permission from Pacific Legal Foundation.

Category: UncategorizedBy AOA EditorOctober 1, 2021
Tags: Deborah La FetraSan FranciscoSupreme Court
ARCHIVED ARTICLES
Go to Top
We use cookies on our website to give you the most relevant experience by remembering your preferences and repeat visits. By clicking “Accept”, you consent to the use of ALL the cookies.
Do not sell my personal information.
Cookie settingsACCEPT
Manage consent