THE FALSE PROMISE OF TOPA | In It Together Oakland 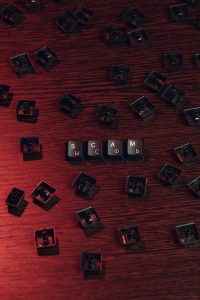 Photo by Mikhail Nilov from Pexels

In It Together Oakland is a band of small-time housing providers who have, at one time, been tenants- and some may be again. We are stalwart supporters of real home ownership – with all of the rights and responsibilities it bestows.

There are no budget or corporate dollars backing us – there’s just a lot of concern on our part for our unhoused neighbors and our fears of the private property attacks being perpetrated on owners by zealous politicians who are conflating the issue.

For the last year, we have been actively involved in the emergence of various “First Right of Refusal” mandates which are being introduced in many different flavors.

They force a private property owner, at the point of sale, to ultimately sell to select non-profit entities chosen by the city – whether the seller likes it or not. Read that twice. And yes … they can do that and they have the votes to do so!

The standard deflection is a claim that there isn’t any ordinance pending; however, in Oakland, it appears that at least one council member is already underhandedly securing funding and staffing using budget maneuvers amounting to a de-facto rollout for the acquisition of properties – “Trojan horse” style and has even produced a TOPA propaganda video!

This is where we suggest you go to our TOPA site and see for yourself – www.stoptopa.org.

The Tenant Opportunity to Purchase Act or TOPA, is one particularly onerous iteration which is presently being introduced by the City of Berkeley, and soon – in Oakland.  TOPA IS A FALSE PROMISE to tenants of “a pathway to home ownership”.

To cut to the chase – A TENANT WILL NOT OWN – it’s ultimately a deed-restricted scheme with selected non-profits holding the title and lawyers and special-interest groups being enriched in the process. In addition, tenants may face large rent increases and loss of existing tenant protections.

We have researched the available TOPA proposals intensely and are fully confident that anyone who honestly examines them and cares to learn the details – will arrive at this conclusion:  TOPA is bad for tenants and owners alike.

To this end, our group attempts outreach by offering informative, fact-based TOPA presentations to members of the Berkeley City Council and – Oakland’s as well. Some agree to meet with us – some don’t. Some of these council members do not actually even know what this is or how it really works.  Some seem to like the name – “sounds good”.  How could one be against giving tenants the right to buy? We remind them that tenants already have the right to buy- in fact some of us have indeed done so ourselves, and further would never willingly enter into such a no-win deal.

Some council members are surprised, for instance, to learn that black landlords may be forced to sell to white people against their will. The owner’s intention to pass their property to a fellow black person of their choosing is taken from them with TOPA.  This quite predictably hurts black home ownership and hijacks their generational equity.

With some council members, it’s just political. They are hell-bent on passing this massively intrusive package to appease tenant organizations driving the dream of socialized housing.

Ultimately, it’s much easier to acquire property – than to actually build it. That’s the rub – taking your property from you. Pushing the fake ownership mandate for tenants or claims to halt displacement of black people is preferable to leveraging real solutions like low interest loans or down payment assistance among many other proven successes.

This TOPA version is written by the East Bay Community Law Center – a group that will benefit. We encourage you to visit them here and see their TOPA angle: https://ebclc.org/topa/.

For the small-time owner – TOPA is not a simple matter of selling to your tenant. It is, in practice, a labyrinth of deal-killing timelines with gotcha resets – requiring specialized legal direction and expense because any noncompliance can result in fines in excess of thousands of dollars per day.

The timelines are so obviously onerous that the Berkeley mayor, who has been an enthusiastic supporter of TOPA, has introduced medical exemptions to a TOPA transaction. That’s how bad this is. Who decides what constitutes an emergency? In addition – there are proposed exemptions for people too – dictating whom one may rescue with one’s home sale proceeds by avoiding a protracted TOPA shakedown. For instance, one may perhaps rescue a wife but not a gay life-long partner? It’s nuts and gets worse the more one learns.

TOPA is certain to adversely impact contingent property sales and make impossible any time sensitive 1031 options because TOPA timelines can literally tie up your sale INDEFINITELY! Make no mistake about this – indefinitely. It will affect property values and impact the life savings of many unsuspecting sellers, but you won’t be one of them because you are being warned. I am urging all readers again to simply visit the www.stoptopa.org website. It’s very important you try to understand this mandate. That includes tenants. Do not underestimate this.

The ordinance is misleading for tenants and far too complicated to deep dive into here. In It Together Oakland is available to share our extensive research findings with you. Just ask us. Get in touch!

Read other articles from the AOA Magazine

Categories: Current Events, Magazine Articles, NorCal, PoliticsBy jamil caudangAugust 2, 2021
Tags: In It Together Oakland
ARCHIVED ARTICLES
Go to Top
We use cookies on our website to give you the most relevant experience by remembering your preferences and repeat visits. By clicking “Accept”, you consent to the use of ALL the cookies.
Do not sell my personal information.
Cookie settingsACCEPT
Manage consent