The Many Flaws of Prop. 13…the 2020 Impostor – by Jon Coupal, President of Howard Jarvis Taxpayers Association 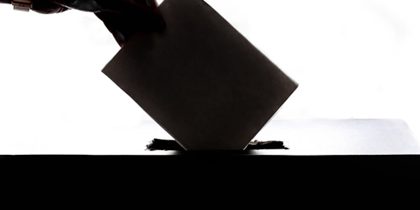 Voters have already started casting their ballots on this measure, ironically identified as Proposition 13 (2020). Unlike the beneficial Prop. 13 from 1978, this Prop. 13 is a huge $15 billion statewide school bond that threatens taxpayers in several ways. And the more we learn about this proposal, the worse it gets.

Although the amount of debt is “only” $15 billion — setting a new record for school bonds — the total cost will be $27 billion when interest costs are added.

We also pointed out that Prop. 13 (2020) is a huge threat to California property owners. While it is true that the bond itself, plus interest, will be repaid out of the state’s general fund, local school districts are usually required to provide matching funds. Those matching funds are generated by local bond measures, which are repaid exclusively by property owners. The threat to homeowners is that, if Prop. 13 (2020) passes, those debt limits are nearly doubled.

After an article ran back in November concerning the debt limit increase, several taxpayers inquired as to where that language could be found in the text of Prop. 13 in the ballot pamphlet, the state’s Official Voter Information Guide. And there’s the rub. Proposition 13 (2020) was placed on the ballot by the legislature through the passage of Assembly Bill 48.

The provisions of AB 48 regarding the local debt caps aren’t the only provisions not appearing in the printed text of Prop. 13. The same is true with the language relating to the preferences for construction projects that employ “project labor agreements.”

These agreements, as noted previously, can result in 25-30% higher construction costs and freeze out non-union construction companies from competing for the business. That’s money that could actually be spent building and refurbishing more school projects that benefit our children.

What’s the response to criticism that the voter guide is missing many of the important provisions of AB 48 that will take effect if Prop. 13 (2020) passes?

First, it is argued that it’s a common practice in ballot measures to incorporate additional legal provisions by reference to them. To require that the full and complete text of the law be included in the ballot pamphlet could substantially increase the costs of printing ballot material. Second, other material in the voter guide summarizes the provisions of AB 48 that would take effect with Prop. 13’s passage.

We don’t buy it, especially in the context of Prop. 13 (2020). The provision increasing the debt limits is short and could easily have been included in the text of the measure so that voters could actually read it. At a minimum, the voter guide should include a statement at the start of the printed text of the law explaining that other provisions would also become law if the proposition passes, and there should be a link printed in the booklet that allows voters to find and read the text online.

It is regrettable that there is a lack of transparency with respect to the impact the passage of Prop. 13 (2020) would have. Our political leaders have perfected to an art form the ability to keep things hidden from voters and taxpayers. They need to be held accountable at the ballot box and we can begin that process by voting no on the 2020 measure that’s labeled Prop. 13.

What you can do!

Category: Current EventsBy CrisFebruary 27, 2020
Tags: prop 13
ARCHIVED ARTICLES
Go to Top
We use cookies on our website to give you the most relevant experience by remembering your preferences and repeat visits. By clicking “Accept”, you consent to the use of ALL the cookies.
Do not sell my personal information.
Cookie settingsACCEPT
Manage consent