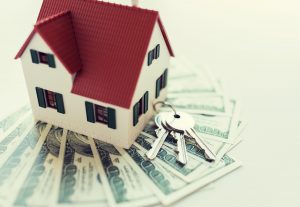 A version of this article first appeared on September 11, 2021 in the Stansberry Digest (Master Series), published by Stansberry & Associates Investment Research, an independent investment research firm.  You can visit them at www.stansberryresearch.com.

Three Rules to Making Money in Real Estate is continued from last month.

It can be the difference between a no-brainer deal and a huge money-loser.

So, while it might not be the most exciting thing in the world … we’ve got to know what’s going on with interest rates. Enter the Federal Reserve. When the Fed is hiking rates, or when interest rates have been rising in general, mortgage rates tend to follow. And as a result, housing prices suffer.

It makes sense that housing prices suffer with rising rates. People tend to target a regular mortgage payment more than a total mortgage amount. And if interest rates go up, you’re paying more each month for the amount of house you’re getting.

You can think of mortgage rates like the tides – when the tide is coming in, nothing can hold it back. Housing prices will suffer under rising interest rates. So, if the tide is rising, don’t fight it.

A good rule of thumb is … if the most recent 10% move in mortgage rates is against you (going higher), don’t hurry to buy.

However, once mortgage rates have moved 10% in your favor (going lower), house prices usually start moving higher. That’s the time to get in.  Bankrate.com is the best place to follow mortgage rates on the web.

Do your homework ahead of time. Know the properties you’re interested in. Then, you’ll be ready to act swiftly when the interest-rate environment improves. And fortunately for us, interest rates are moving our way right now.

The Fed cut rates to zero as COVID-19 shut down the U.S. economy earlier this year. And the central bank is doing everything it can to keep the economy afloat.

Mortgage rates are down dramatically as well. The benchmark 30-year fixed mortgage rate is down from nearly 5% in late 2018 to around 3% today. The trend is certainly down, and those low rates mean homes are more affordable than at any time in recent memory.

The Fed’s action is a fantastic backdrop for real estate as well. We saw a similar response during the 2008 crisis. Interest rates crashed and the Fed began printing money.

The result was a decadelong asset boom that sent real estate prices soaring. And there’s good reason to expect the same thing could happen this time around.

That’s why I’m personally glad to own as much real estate as I do. And these factors fit into my third rule as well.

The Trend Is Your Friend

Rule No. 3 will sound familiar to my readers – Don’t Fight the Trend

My parents-in-law bought two oceanfront lots in Florida for $20,000 each back in the 1970s. After owning the lots for 20 years, they sold one and built a house on the other. They still live there now.

Today, the lot they sold is probably worth $500,000 or more. Unfortunately, they sold in the early 1990s, when prices in this area were just starting to move. So, they only sold it for $70,000 or so. They did fine on their initial investment. But they could have made big money if they’d waited another 20 years to sell.

One of the keys to making money in real estate is not selling too early. You’ve got to let the price trend run its course. Another key is pulling the trigger without hesitation when it’s time to sell.

For most people, as soon as they see a profit in their home, they consider selling it… trading up to something else. The problem is, people don’t really think about the fact that the price of every other house in the neighborhood has probably risen, too. So instead of really making money, due to all of the transaction costs involved, they end up losing money on the deal.

Transaction costs can kill great returns in the short run. If your house value increases by 15% over a year and you sell it today, nearly all of your gains will go to transaction costs… the ones you paid going in, then selling, then buying again.

So, when it comes to real estate, you need to think about the longer term. You must spot the trend in prices and be willing to stick it out for a while. I’m talking years, not months.

If you’ve read my work, you know the trend is one of the keys I look for in an investment.

A hot market pulls in more buyers. They’re sold on the schools, the neighborhoods, the lifestyle, and more. The selling points bring in more folks… and that drives up prices.

It’s a self-fulfilling prophecy. And if you can spot it ahead of time… get in… and stay in… you can do incredibly well.

Similarly, while I always try to buy at a discount, I’m not looking at beaten-down areas. I don’t want to buy in the bad part of town, where no one wants to live.

Put simply, the same rules I apply to stock investments also work for real estate deals… And like always, the biggest and most important factor is the trend.

When we combine everything, we land on three crucial rules.

We want to buy at a discount. We want to do it when the interest-rate environment is good. And we want to buy in places where prices are moving higher. It’s simple.

Of course, when it comes to buying real estate, there’s no substitute for rolling up your sleeves. You’ve got to get out there and see what’s available. Check out properties in person, and get a feel for whether it’s really a good deal or not.

If you’re willing to do that and you follow the three rules I’ve laid out [in these two articles], I have no doubt that you’ll be able to mirror my own success in the real estate market.

Categories: Magazine Articles, Real Estate Investment, Wealth ManagementBy AOA EditorDecember 1, 2021
Tags: Steve Sjuggerud
ARCHIVED ARTICLES
Go to Top
We use cookies on our website to give you the most relevant experience by remembering your preferences and repeat visits. By clicking “Accept”, you consent to the use of ALL the cookies.
Do not sell my personal information.
Cookie settingsACCEPT
Manage consent