Too Much of a Good Thing by Greg Marderian 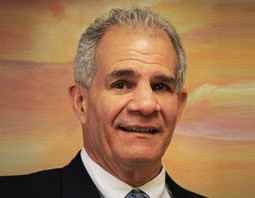 Before discussing interest rates, inflation, and the Federal Reserve’s role, it is beneficial to recall the following “story”.  During the height of the cold war, Leonid Brezhnev was viewing, along with the highest-ranking generals and members of Politburo, the huge May Day military parade in Red Square. After an hour looking down, dressed in their dark overcoats and hats and waving to the soldiers, tanks, ballistic missiles, Brezhnev noticed five men without uniforms or weapons walking behind the tanks and huge missiles.  Brezhnev turned, asking one of the generals “Who are those guys?”  The decorated general answered, “Those are the economists – you would be surprised at the damage they can do”.

“The Federal Reserve will begin reversing its extraordinary pandemic stimulus when it meets March 15-16.  What comes next is anyone’s guess, including the Central Bankers.  The stakes are as high as they have ever been for the U.S. Central Bank” (Barron’s Cover article February 21)

Opinions vary greatly as to the amount and frequency of the Federal Reserve measures that are necessary to stave off inflation without driving the economy into recession.  History attests to the Fed’s challenge and risks to the economy in the event of policy error.

Before discussing the Fed’s options, it is necessary to have a context to understand how we arrived at this point.  In March 2020 it was clear the pandemic was rapidly spreading, little was understood, and percentage chances of death based on available information were up to 3% of those infected.  The stock market crashed and the previously robust economy was in freefall.  Fear demanded quick and decisive measures and the Fed acted aggressively, almost daily promising ever greater stimulus amid admonitions “to go big” and not be concerned with over supply.  The Fed actions took two forms:

This rapid creation of money (QE) would total $5 trillion, exceeding by more than $1 trillion. all previous combined QE, including the sub-prime crisis and recovery stimulus 2008-2014.  This enormous bond purchasing program was in addition to worldwide investor demand for the same “safe” investment into U.S. guaranteed bonds.  Bond demand and prices rose dramatically.  Bond yields moving in the opposite direction of prices, plummeted.  The 10-year Treasury yield to investors made a historical low of .54% in 2020, and ranged 1.2% -1.8% in 2021.  Mortgages and other long-term rates also made historical lows.

For a combination of reasons, including the above stimulus, the economy was in recovery by 2021.  GNP growth for the year was a robust 6.9%. Not only was employment improving but asset prices – real estate and stocks – were ignited, beginning their assent in 2020.  With abundant money at low rates, asset prices quickly rose to historic highs in 2021.  Home sellers receiving a dozen or more offers on the first day and selling over list price was common. The stock market mantra was TINA “there is no alternative” to buying stocks because bonds paid “nothing”.  Market indexes well exceeded pre-pandemic levels. Many property sectors and regions did the same.

Fed Action Behind the Curve?

With a turbo-charged economy came rising prices.  The Fed described the emerging inflation as “transitory” with supply chain disruptions contributing to temporary price pressures. Although the Fed reduced the amount of earlier giant bond purchases it was still buying $40 billion of Treasuries and $20 billion of MBS each month and continues to this day.  One can easily ask, does the housing market need support?  Stock market depressed?  Necessary when unemployment is 3.9% during a labor shortage while millions have not returned to work?  Many investors and commentators believe the Fed action is “behind the curve” or late in responding to inflation, making a “soft landing” more difficult.

With the benefit of hind-sight, we can see the $5T Fed stimulus was far too excessive, especially when done in conjunction with $2T+ in government fiscal stimulus, enhanced unemployment benefits, loans, Infrastructure Bill, etc.

“Our credibility is on the line here and we do have to react to the data” – James Bullard, President St. Louis Federal Reserve, January 2022.

The Fed will combat inflation using the same tools it used to stimulate the economy.  Early Fed indications are for three or four .25% Federal Funds rate increases in 2022 with more in 2023 depending on the data.  Many doubt this will be enough. Jamie Dimon, CEO Chase Bank states that he expects 6-7 hikes. Remember the Fed Funds rate targets short-term rates.

The Federal Reserve’s most potent tool for “normalization” is likely the money tightening policy called Quantitative Tightening (QT v previous QE).  Designated maturing bonds will not be repurchased by the Fed and instead will go back to the Treasury and open markets called “run off” thereby absorbing the money previously printed.  Other bonds, held by the Fed and not yet matured, could be sold if the two above practices are not enough.  This added supply of Treasury and MBS bonds to the market will lower bond prices paid by investors (pensions, insurance companies, individuals, etc.) and increase bond yields which move in the opposite direction of bond prices.  Longer dated bonds are the target, increasing interest rates on both the 10-year Treasury and mortgages.  In the opinion of many this policy tool (QT) will be more potent in fighting inflation than a series of .25% increases in the Fed Funds rate. The Fed’s inflation target is 2-3%.

Here is the rub – Quantitative Tightening has never been done on any significant level before – never.  QE was powerful to the upside, what effects can we expect from QT?  What should be the frequency and amount of interest rate increases and tightening? The Fed’s “normalization” of rates and money supply can be likened to a medicine.  If not given in the correct dose and frequency the desired effect is not achieved or worse, harmful.  Rate changes generally have a lagging effect on the economy. The Fed’s challenge will be to fight back inflation while not driving the economy into a recession.  Excessive interest rate increases alone have caused recessions.  Rate increases combined with QT will be a new and greater challenge.  “The stakes are as high as they have ever been for the U.S. Central Bank” is not an exaggeration.

As of this writing on March 4, the Russian invasion of Ukraine is in its eighth day and advancing on Kyiv. The flight to U.S. Treasury safety has been dramatic with the 10-year yield dropping to 1.74% from 1.97% in two days.  The unexpected geo-political turmoil and sanctions are making the Fed’s job more complicated.  Jerome Powell stated he remains inclined to support a March .25% rate hike and “the Central Bank will need to be nimble in response to recent events”.  Higher gas prices and the strong March jobs report would seem to add to inflationary pressure. The economy’s growth rate is now moderating from high levels and this is happening while consumer confidence is at a 10-year low. “In Jay Powell’s defense, he has been handed a very hard hand to play”, said James Angel, Georgetown McDonough School of Business, in  a statement given one week prior to the Russian invasion.

Interest rate increases will affect prices and apartment building price cycles are to be expected. For most long-term owners price fluctuations are of secondary importance to cash flow.  Others, after years of operating their buildings and facing a growing hostile regulatory environment, may want to take advantage while rates are low and the market positive.

Today, if you expect to be a seller in the next one to three years you may want to begin evaluating your circumstances and goals. The decision to sell is personal and should be made with the best information available.

If you are a seller or just desire good information in order to make an intelligent decision, I invite your call for a no-obligation consultation.  I can provide in-depth building price analysis, future cash flow options or give general information by phone or in person.  Above all, your personal goals will be paramount.

Categories: Magazine Articles, Real Estate InvestmentBy jamil caudangApril 1, 2022
ARCHIVED ARTICLES
Go to Top
We use cookies on our website to give you the most relevant experience by remembering your preferences and repeat visits. By clicking “Accept”, you consent to the use of ALL the cookies.
Do not sell my personal information.
Cookie settingsACCEPT
Manage consent