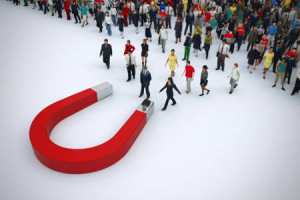 Often, when landlords talk about prorated rent, it revolves around refunding a few days’ rent when a tenant leaves early or possibly charging them a few extra days’ rent if they stay a few days into the next month.

They often overlook the opportunity to use prorated rent to make it easier for tenants to move into their property while putting a few extra dollars into their own pockets!

I’m talking about giving tenants early access to a property to make their move in easier and to make your property possibly slightly more attractive to potential tenants who benefit while at the same time paying you for the benefit.

Of course, you don’t have to prorate the rent – you could just let the tenants in early but that’s up to you and how your current rental market looks.  Personally, I’ve done both.

While being a landlord is the same as running a business, sometimes the smart decision involves giving something away short term to win long term.

As a landlord, that might involve letting the tenants in one or two days early, but you don’t always need to just give it away.  I’ve given a couple days away to seal the deal, so to speak, where it helps me get the tenants I want and to make both sides happy.

I’ve used this to preserve my time by meeting the tenants on a Sunday afternoon, signing all the paperwork and giving them keys when the first of the month is a couple days off but I was going to be busy that day.  I’ve even used it simply to be nice!

At the same time, I’ve also prorated a week’s worth of rent to give tenants early access and I’ve charged for an extra couple of days to make signing easier for them.  Once again, even though additional money changed hands, both sides walked away happy and winning!

The Benefit of Prorated Rent for the Tenant

You have to remember that getting early access could be huge for a tenant trying to coordinate a move-out and cleanup of their previous residence, especially if the end of the month falls in the middle of the week or if it’s an especially busy time to rent a vehicle to move everything.

Paying an extra $50, $100 or even $500 could be well worth the reduced stress and tight timelines for many tenants.

The Benefit of Prorated Rent for Landlords

The obvious benefit of prorated rent for a landlord is the extra cash flowing in to stem the losses due to a vacancy … but there’s more!

You also have someone living in the property sooner to help monitor it, or at the very least with a personal interest in securing it if their items are sitting there!

Vacant properties could be a prime target for breaking into and theft of appliances, fixtures, anything not nailed down or simply for squatters, so the sooner they are occupied the better.

In just about every situation where the tenants are paying for utilities, I simply cover the payments until the beginning of the month, even if the tenants moved in early.

I’m already winning by having the unit filled early, I’m likely already getting a few extra bucks for the early access and the little bit I have to spend covering the cost of the utilities, I simply accept as the cost of doing business.

You may want to have a line in the sand for this if the tenants are moving two or three weeks early, but if it’s a couple days it’s really not worth the hassle.

Granted, the same could be said for the prorated rental amount too, but that’s still a case-by-case scenario!

Bill Biko has become “the Educated Landlord” through both training and the school of life. With almost a decade’s experience of landlording, Bill’s been mentoring and assisting landlords for the last five years and you can find more of his tips and articles to make your life as a landlord easier, more profitable and less stressful at www.TheEducatedLandlord.com.

Category: UncategorizedBy AOA EditorJune 1, 2021
Tags: Bill Biko
ARCHIVED ARTICLES
Go to Top
We use cookies on our website to give you the most relevant experience by remembering your preferences and repeat visits. By clicking “Accept”, you consent to the use of ALL the cookies.
Do not sell my personal information.
Cookie settingsACCEPT
Manage consent