What’s Happening with the Current Housing Market By Lloyd Segal 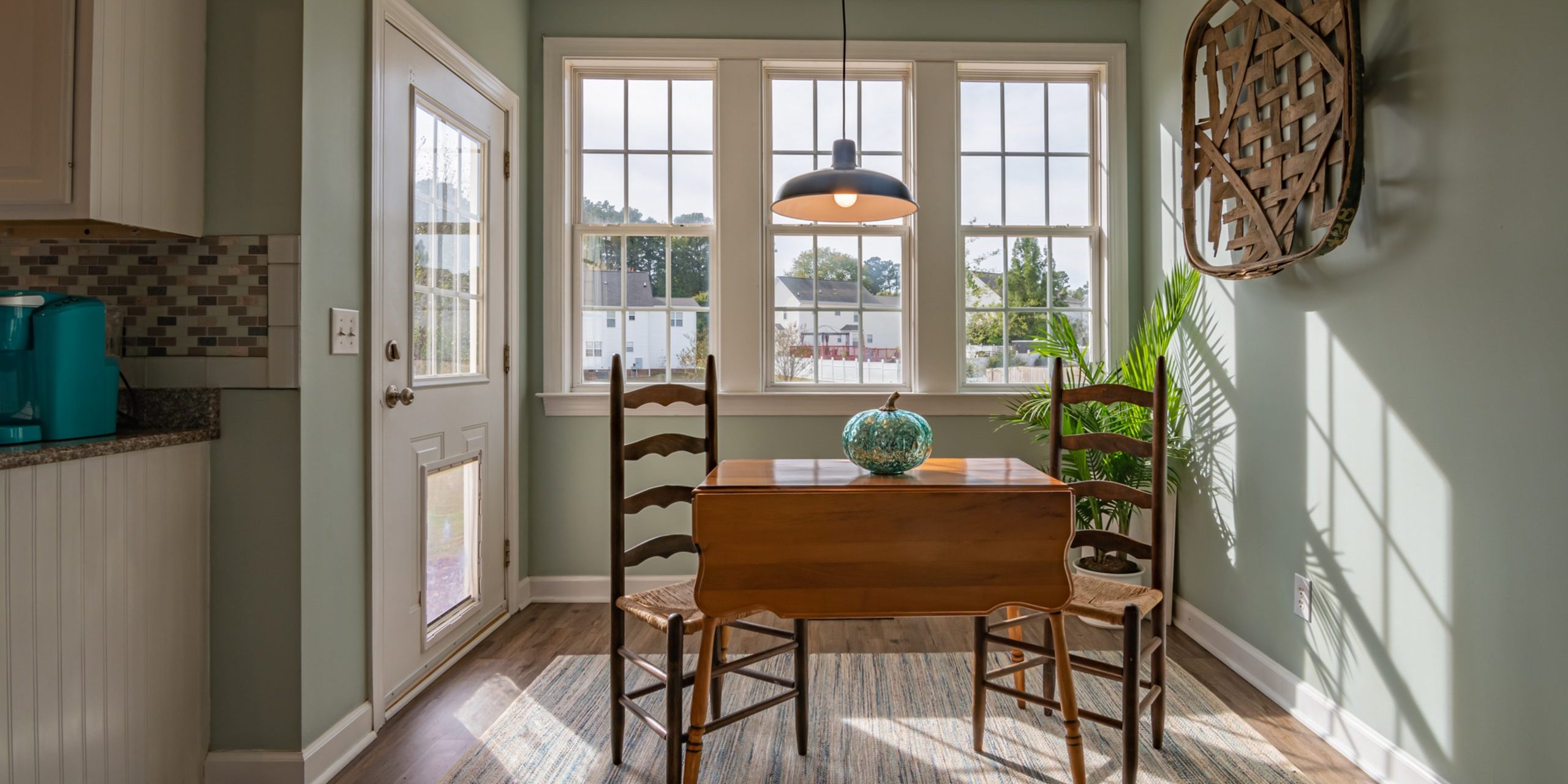 The house-buying craze, [especially in Los Angeles], has lost momentum, in some cases forcing sellers to lower list prices, forget about bidding wars and multiple offers, and in certain scenarios, heaven forbid, cut commissions. Shouldered by the pandemic, the housing market was seeing homes sold at record prices, sometimes tens of thousands of dollars over the original asking price, and within days. But no more! Today, the market is looking very different for sellers.

A study by RE/MAX found that nationwide the number of home sales in May 2022 dropped by 8.5% compared to May 2021, and June is expected to be worse. In Los Angeles, the number of houses sold declined by nearly 25%. The shift may mean a return to normal following the “flurry” of home-buying and selling between the beginning of the year to May. The main causes of the slowdown are the twin-killers of inflation and rising interest rates, which have put a damper on consumers’ willingness to spend. Of course, the housing market itself is not directly affected by the Fed increasing short-term interest rates, but rather by investors’ expectations of inflation and recession in the long run. What we’ve seen is that 30-year fixed mortgage rates have increased from lows in the 2% to 3% range to approaching 7%. As a result, the demand for buying a new home, especially for a first-time home buyer, has fallen because they simply can’t qualify for a home at as high a price as they would have been able to a year ago when mortgage rates were near historic lows. The only question now for investors is when and how much prices will fall. But the hit to home prices will ultimately be predicated upon how high interest rates go and how long they stay there. So, with inflation, mortgage rates, and recession on our mind, let’s get under the hood…

Fed Jacks Up Interest Rates Again to Combat Inflation. In August, the Federal Reserve raised its benchmark short-term rate by another 0.75 percentage point. With inflation running at the fastest pace in four decades, the Fed said further rate increase “will be appropriate.” Fed officials voted unanimously Wednesday to raise the federal funds rate to a range of 2.25% and 2.5%. This is the fastest pace of tightening since 1981. The increase is the fourth of the year after the Fed kept rates close to zero to cushion the shock to our economy from the pandemic. The level of rates now matches the peak in the 2016-2018 tightening cycle. It brings the benchmark rate into territory the Fed considers neutral (neither boosting nor slowing the economy). One key question for economists is how far the Fed will eventually have to raise its benchmark rate into “restrictive” territory in order to bring inflation down to the central bank’s 2% target. In a statement, the Fed said it remains strongly committed to reducing inflation to that 2% target. On the other hand, many economists think the Fed might have to raise its benchmark rate to 5%, or higher, to quell inflation. At the same time, the central bank is also allowing its balance sheet to roll off, known as “quantitative tightening.” The Fed is allowing $47.5 billion a month to roll off, divided as $30 billion of Treasuries and $17.5 trillion of mortgage-backed securities. The pace is set to double in September.

Housing Starts Fall in June for Second Straight Month. Construction starts on new U.S. homes fell a seasonally adjusted 2% in June to 1.56 million, the Commerce Department reports. The annual rate of total housing starts fell 6.3% from the previous year. Construction on homes is at the lowest level since last September. Meanwhile, building permits for new homes fell 0.6% to 1.69 million in June. Interestingly, the construction pace for single-family homes fell 8.1% in June, while apartment starts jumped 15%. Permits for single-family homes fell 8% in June, while permits in buildings with at least five units rose 13.1%.  Even though demand for homes in the U.S. is cooling, builders will remain busy for some time working down backlogs of unfilled orders, even allowing for rising cancellations. But the drop in housing starts, which follows weak sentiment expressed by homebuilders in July, hints at further gloominess in the housing sector. Single-family starts, which contribute more to GDP on a per-unit basis, will remain under pressure ahead. That means that the slowing pace of housing starts in Q2, on top of weaker home sales, suggest that residential investment was a drag on growth over the quarter.

New Single-Family Home Sales Decline in June. New single-family home sales declined 8.1% in June to a 0.590 million annualized rate, down 17.4% from a year ago. In fact, sales dropped to the slowest pace in more than two years, signaling that declining affordability continues to dissuade buyers. While rapidly rising prices have been an issue in the housing market throughout the COVID-19 pandemic, 30-year mortgage rates now sit at 6%, adding to the burden. Assuming a 20% down payment, the rise in mortgage rates and home prices just since December amount to a 32% increase in monthly payments on a new 30-year mortgage for the median new home. No wonder sales have slowed down! That said, it looks like buyers are beginning to get some relief on prices, which have fallen two months in a row and are now the lowest since June 2021. The big problem with median prices over the past few years has been a shortage of completed options for buyers. I know you’re going to argue with me that inventories have been rising and currently sit at the highest levels since 2008. However, until recently, almost all this inventory gain had come from homes where construction has either not yet started or is still underway. But now a combination of more single-family homes being completed and rising cancellation rates on purchases (due to higher monthly payments), has resulted in notable improvement in the inventory of completed homes. As a result, the combination of more completed supply on the market and less demand (due to higher mortgage rates) has helped bring year-over-year median price growth down from a peak 24.2% in August 2021 to only 7.4% in June. Evidence of a slowdown in median price growth is also beginning to show up in other national home price data. For example, the national Case-Shiller Index increased 1.0% in May and is up 19.7% from a year ago, a deceleration from its peak of 20.6% in April. The median price of new homes sold was $402,400 in June, up 7.4% from a year ago.

Existing Home Sales Declined in June. Existing home sales declined 5.4% in June to a 5.120 million annualized rate, down 14.2% versus a year ago. Sales fell for the fifth month in a row in June, posting the longest streak of declines since 2013. Recent volatility shows that the housing market is struggling to find its footing so far in 2022, with falling affordability playing a major role. The prime culprit recently has been 30-year mortgage rates, which have already risen more than 200 basis points since December and are now hovering just at 6%, the highest level since 2008. Even more notable than the decline in sales is that despite surging mortgage rates median prices are still climbing, posting a fifth consecutive monthly gain in June. Part of this is just seasonality (prices typically rise heading into the summer buying season). But median price growth in the past year has slowed to 13.4% from a peak of 25.2% in May 2021. Assuming a 20% down payment, the rise in mortgage rates and home prices since December amount to a 56% increase in monthly payments on a new 30-year mortgage for the median existing home. No wonder sales have slowed down! One piece of good news in the report is that the inventory of existing homes on the market has begun to rise relatively rapidly, and is now up 2.4% from a year ago. Notably, this is the first annual increase we have seen in housing inventory since May of 2019. Meanwhile the months’ supply of existing homes for sale (how long it would take to sell today’s inventory at the current sales pace) rose to 3.0 months in June, the highest level in nearly two years. While this represents much needed progress, it’s important to note that inventory still remains low from a historical perspective.

Mortgage Demand Drops to 22-Year Low. As you know, surging inflation and rising interest rates are hammering American consumers and weighing on the housing market. For example, mortgage demand fell last week, hitting the lowest point since 2000. Mortgage demand fell more than 6% last week compared with the previous week, according to the Mortgage Bankers Association’s seasonally adjusted index. Applications for a mortgage to purchase a home dropped 7% for the week and were 19% lower than the same week in 2021. Buyers have been contending with high prices all year, but with rates almost double what they were in January, they’ve lost considerable purchasing power (aka “affordability”). I write this because, sadly, the average contract interest rate for 30-year fixed-rate mortgages with conforming loan balances ($647,200 or less) increased to 5.82% from 5.74%, with points increasing to 0.65 from 0.59 (including origination fees) for loans with a 20% down payment. That rate was 3.11% the same week one year ago. Demand for refinances (which are highly rate sensitive), fell 4% for the week and were 80% lower than the same week last year. Those applications are also at a 22-year low. But the drop in demand from homebuyers caused the refinance share of mortgage activity to increase to 31.4% of total applications from 30.8% the previous week.

Categories: Current Events, Economy, Real Estate InvestmentBy Israel PeredaSeptember 1, 2022
ARCHIVED ARTICLES
Go to Top
We use cookies on our website to give you the most relevant experience by remembering your preferences and repeat visits. By clicking “Accept”, you consent to the use of ALL the cookies.
Do not sell my personal information.
Cookie settingsACCEPT
Manage consent