What’s Happening with the Economy By Lloyd Segal 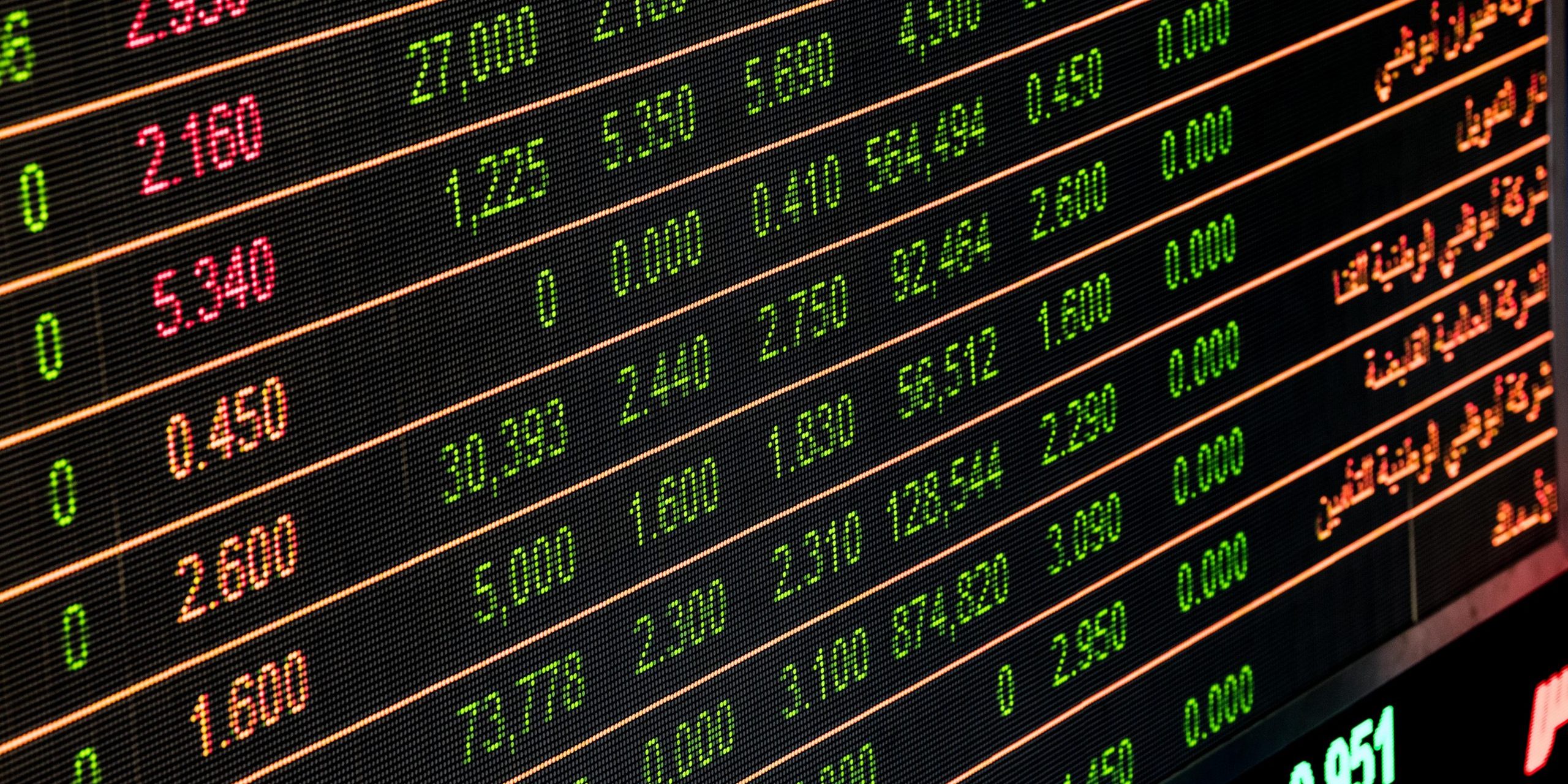 Ultimately, inflation is a monetary phenomenon. And so, the key to reducing the inflation we’re experiencing today (the highest inflation in forty years) is the Federal Reserve raising short-term interest rates, like it did in May. Another key issue is the size of government, both spending and regulation. When the federal government spends money like a drunken sailor, as it did during COVID lockdowns, a central bank policy that sets short-term interest rates at essentially zero is going to generate a larger increase in the money supply and, in turn, a larger increase in inflation, than would otherwise be the case.

So, one way to help the Fed more easily achieve its goal of reducing inflation would be for Congress and the President to find ways to reduce spending. Entitlements, discretionary spending, you name it. No, I’m not being naïve; I know this isn’t happening in 2022. But if it did, inflation would be easier to fight. In addition, regulations that stifle economic growth could be trimmed, particularly in the energy sector, where the government has directed resources toward politically-favored “renewables,” like wind and solar, while stifling development of nuclear power. A world with cheaper, more abundant, energy supplies is one in which real economic growth is faster, which means less of the increase in the money supply winds up generating inflation. Last, but never least, policymakers should consider cutting tax rates to boost work and investment, which, as always, help boost our economy and make inflation easier to control. So with inflation on our mind, let’s get under the hood…

In May, the Federal Reserve raised its Fed Funds Rate by a half point and reaffirmed a more aggressive strategy to subdue the worst outbreak of inflation in 40 years. It was the worst kept secret since the leaked Supreme Court’s tentative overruling of Roe vs. Wade. Just saying. The Fed’s vote was unanimous. It’s the second rate hike this year and the biggest since 2000. Chairman Powell also announced further 1/2-point rate increases are on the table for upcoming meetings. The Fed is aiming to push its benchmark short-term rate to 2.5% or even higher by year end after keeping it near zero during most of the pandemic. The Fed slashed rates after the viral outbreak in 2020 to shore up a depressed economy. This easy-money approach earlier in the pandemic, combined with massive government stimulus, helped contribute to the surge in inflation, economists say. As a result, the cost of living jumped a shocking 8.5% in the past year, according to the Consumer Price Index. (By comparison, inflation rose less than 1.4% a year on average in the decade preceding the pandemic.) Another big contributing factor is the broad global shortage of supplies after the U.S. and other countries began to recover from the pandemic. Businesses were unable to cope with the sudden flood of demand (fueled by government stimulus payments) because they could not obtain enough materials to produce all the goods and services that customers desired. In any case, the Fed is now prepared to move quickly to raise rates to try to slow demand and reverse the high tide of inflation. In addition, the tightest labor market in decades has helped the U.S. recover nearly all 22 million jobs lost early in the pandemic and spawned the biggest increase in wages in four decades. That’s also allowed Americans to spend more. But soaring inflation is starting to take a bite out of our economy. Businesses and consumers are facing enormous price increases and customers are finally starting to balk at paying extra. As we’re all experiencing first-hand, houses, cars, electronics and staples such as groceries and gas have gotten a lot more expensive. The central bank’s aim is to slow the rate of inflation to less than 3% by early next year.

Jay-Z, Will Smith, and other investors like you and me in the single-family rental market have been joined by Yamasa, a Japanese conglomerate. It’s one of the many institutions buying up single-family homes around Raleigh, North Carolina, the News & Observer reports. Over the past four years, investors have purchased 183 homes in several different neighborhoods, spending about $43 million. That’s only a small proportion of the investor-owned single-family rentals in the area, which now total at least 40,000, but it shows just how popular the practice has become among many different types of investors. In the past decade, private-equity firms like Blackstone have scooped up large numbers of multifamily properties, but in recent years the focus has shifted beyond those to what had, not long ago, been a market for first-time homebuyers. As of January, Blackstone had spent a total of $7 billion on Home Partners of America, a rent-to-own company. In December 2021, investor purchases accounted for more than one in five home sales in the U.S., according to The Wall Street Journal. (Unsurprisingly, there has been pushback; some homeowners’ associations are trying to limit the number of properties nonresidents buy in their neighborhoods, and Cincinnati bought an investor’s rental portfolio so it could sell it back to local residents.) Still, from an investor’s view, there is strong, durable demand for rentals in a historically tight housing market. In the Raleigh area, Yamasa collects about $1,863 a month for homes that it buys for, on average, $267,000. The company has been diversifying for a long time, according to the News & Observer, so single-family homes in the U.S. weren’t such a stretch. It made its first home purchase in the area in 2018 and owns hundreds of homes in the Charlotte area as well as properties in Texas and Arizona.

LA Expected to Deploy $3B For Homeless Housing

The resolution of a lawsuit filed almost exactly two years ago could mean the LA city government will spend billions of dollars to buy and build properties to house LA’s homeless population. The City of Los Angeles, as part of a Federal court settlement, has agreed to “create sufficient shelter and/or housing” for 60% of the unhoused people in the city over the next five years, bringing to a close a lawsuit filed by Downtown property owners and stakeholders. Working jointly under the banner of the LA Alliance for Human Rights, they filed a suit in March 2020 against the city and county of Los Angeles over the handling of the homeless crisis. The mechanisms for creating the housing could involve buying hotels and motels (as was done during the coronavirus pandemic), or building new projects, among other possible avenues. Compliance with the settlement is expected to cost as much as $3 billion, the Los Angeles Times reports. To fulfill the settlement, the city of Los Angeles may choose any form of housing or shelter it deems necessary, including purchased or master-leased apartments, hotels, motels and other appropriate buildings, permanent supportive housing, tiny homes, safe parking or safe camping lots, or a number of other temporary and permanent housing and shelter types. The total number of people housed will be 60% of the city’s homeless population, as determined by findings of the “2022 Greater Los Angeles Point-in-Time Homeless Count” (which the Los Angeles Homeless Services Authority performed in February). LA County was also named in the suit but wasn’t a part of this settlement. Nevertheless, city leaders cautioned that without broader help and the county’s resources, city-level efforts wouldn’t go far enough. Though it hadn’t received the full terms of the settlement, the Los Angeles Community Action Network, was less optimistic about the resolution’s outcomes and the way the agreement had been reached. The Skid Row-based organization is an intervenor in the case but wasn’t involved in drafting the settlement agreement.

Categories: Current Events, Economy, UncategorizedBy Israel PeredaJuly 1, 2022
ARCHIVED ARTICLES
Go to Top
We use cookies on our website to give you the most relevant experience by remembering your preferences and repeat visits. By clicking “Accept”, you consent to the use of ALL the cookies.
Do not sell my personal information.
Cookie settingsACCEPT
Manage consent