Why the Next Recession Should Not Be Severe By Gary Halbert 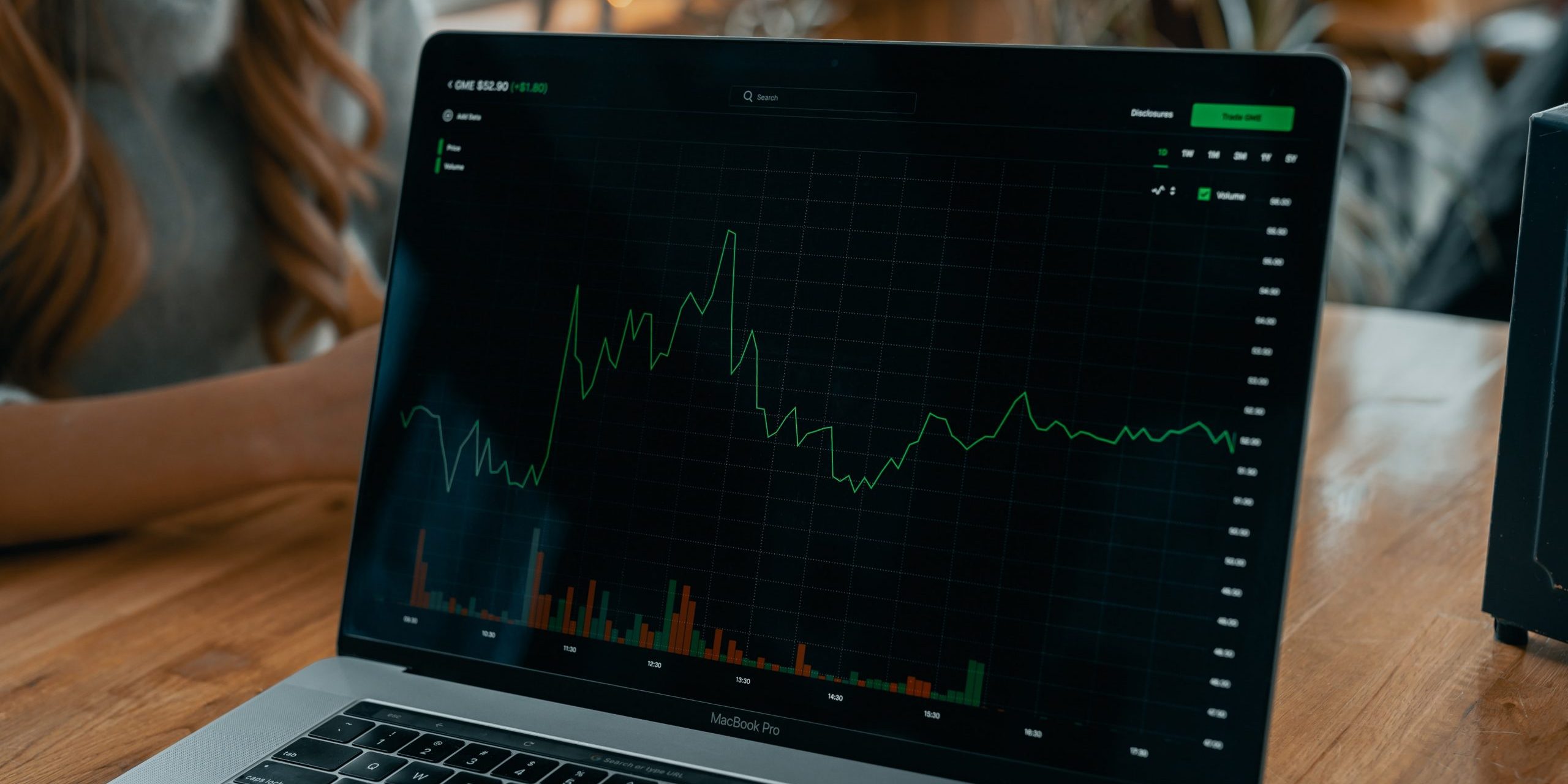 It’s been a tough first half of the year for the global economy, with the MSCI All Country World Index down by 21.7% and the Bloomberg Global Treasury benchmark losing about 9% as of mid-year. Markets have faced a laundry list of concerns including new COVID-19 lockdowns, the Russia/Ukraine war, an economic slowdown in China, surging inflation and central bank tightening – just to name a few.

The question remains whether we are already in a recession or about to go into one. The National Bureau of Economic Research (NBER) still has not declared we are in a recession yet, despite the fact that we had two consecutive quarters of negative economic growth in the first and second quarters. Still, most Americans fear if we’re not in a recession already, we will be very soon.

The other question is, if we are headed for a recession, or already in one, how severe might it be? I will argue the next recession will not be a severe one and give you my reasons for believing that.

Why Next Recession Should Be Mild or Average, Not Severe

We can debate about whether we’re already in a recession or not but soon will be. No one knows for sure. What we all know is GDP growth in both the first and second quarters was mildly negative at -1.6% and -0.6% annualized, respectively. While many believe that constitutes a recession, the NBER has yet to concur, and perhaps that’s because the negative first half GDP was mild.

Another reason is likely because the Atlanta Fed’s weekly GDPNow has been in positive territory throughout the third quarter so far. The reading of GDPNow is +1.4% annualized versus +1.6% as I reported earlier. IF we can hold on to positive GDP growth through September, a lot of the talk about a recession may be quieted.

But that’s a big IF. As I wrote in Forecasts & Trends in August, almost 70% of American adults are worried about the economy. It remains to be seen if investors will panic and adopt a sell everything attitude. I believe there are some factors which suggest such a widespread capitulation won’t happen this time around, and that the recession will not be a severe one – assuming it happens.

At this point, any assessment of the U.S. economy has to include consideration of what the Fed is likely to do. The pace and magnitude of Federal Reserve tightening creates the risk of a recession later this year or in the first half of 2023. Fed Chairman Jerome Powell is well aware of this risk and says they will strive to avoid throwing the economy into a recession. That is one reason I don’t expect a recession just ahead to be a severe one.

Here’s another: U.S. household balance sheets are still in good shape overall. Yes, as I wrote on August 4, household debt hit a record high of $16.15 trillion in the second quarter, but most of that debt is in the form of home mortgages which have historically low default rates. This plus the continued strong labor market suggest households won’t have to significantly cut back on spending – which accounts for over two-thirds of GDP – if we have a mild or average recession just ahead. Those are two reasons I don’t expect the next recession to be severe.

A third reason is this: Corporate finances are also healthy. The chart below shows the corporate “financing gap,” as taken from the Fed’s financial accounts database. The financing gap is the difference between internal funds (mostly retained profits) and capital investment spending. A positive reading means the corporate sector requires external funds, such as more debt and/or new equity, to finance capital expenditures. As you can see below, it is currently quite low, suggesting corporate balance sheets are generally in good shape. 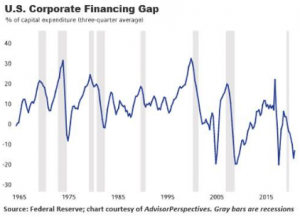 This, too, should protect against a more severe economic downturn.

Has Inflation Peaked? It’s Still Too Early to Tell

The big question now is whether inflation has peaked for this cycle? The Consumer Price Index (CPI) hit a 40-year high in June of 9.1% (annual rate) but then dropped to 8.5% in July, still the highest in decades. The CPI “core” reading – not including food and energy costs – fell to 5.9% (annual rate) in July, down from well over 6% in March/April.

Inflation surged during 2021 as demand for goods and services rebounded when pandemic lockdowns were eased, but supply was restricted by bottlenecks and the slow return of workers to fill open positions.

This year, surging energy prices caused by the Russia/Ukraine war and further supply-chain disruptions from China’s zero-tolerance COVID-19 lockdowns have pushed inflation even higher. In the U.S., the strength of the job market has boosted wages, creating more inflationary pressure.

Inflation rates have not only surged in the U.S. Most of the developed world has experienced a similar jump in inflation. Even Japan’s inflation rate has climbed significantly this year, although not as much as in some other regions.

Headline CPI inflation may rise further, especially if international sanctions on Russian oil exports cause an additional rise in energy prices. But here is an interesting observation: Core inflation, however, which excludes food and energy costs, may have already peaked in the United States. And core inflation is what the Fed focuses on when setting monetary policy.

Prices for durable goods, such as automobiles, home appliances and computers, have been the biggest cause of rising core inflation. Demand for these goods shot up during the pandemic while supply-chain blockages restricted supply.

Durable goods prices were falling generally before the pandemic and are likely to resume declining as supply chains normalize and demand rotates from goods toward services. Falling goods prices should offset rising services prices and set core inflation on a downward trend. Let’s hope so!

Core Inflation Could Fall, But Not Enough for Fed

Here’s another point to keep in mind: Core inflation should decline, but potentially not by enough to prevent the Fed from continuing to tighten aggressively. The trajectory of prices in services will largely depend on whether the labor market cools and eases wage pressures.

Fed officials have made it clear they plan to raise its key overnight short-term lending rate at each of the three remaining policy meetings this year (September 20-21, November 1-2 and December 13-14). The only question is, by how much?

What the Fed does at its November and December meetings is less certain, but we could easily see the Fed Funds rate top 4% by the end of this year. Will a rise to that level ensure a recession? There’s a good chance the answer is YES. Wishing you well.

Categories: Current Events, EconomyBy Israel PeredaOctober 1, 2022
ARCHIVED ARTICLES
Go to Top
We use cookies on our website to give you the most relevant experience by remembering your preferences and repeat visits. By clicking “Accept”, you consent to the use of ALL the cookies.
Do not sell my personal information.
Cookie settingsACCEPT
Manage consent